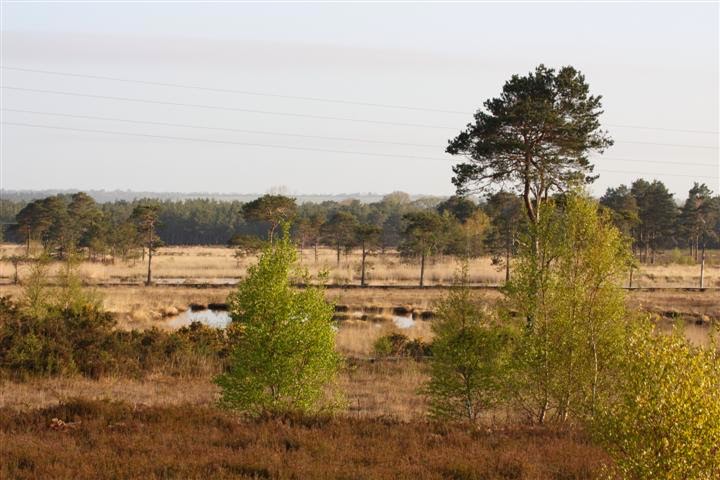 Many of my regular readers will be familiar with my previous posts about the acid heathlands that dominate my home county and my fondness for visiting Thursley Common in any season.

However it in Spring and Summer that this special habitat plays host to some special migrants such as Curlew, Tree Pipit, Hobby, Nightjar and Common Redstart. 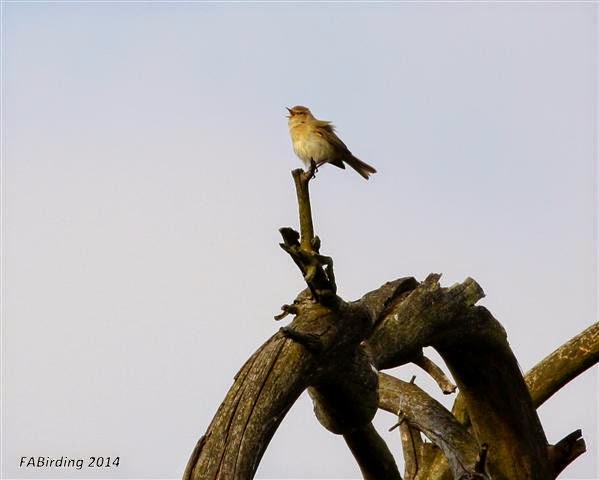 Two weeks ago I made a fairly early morning visit and initially the landscape seemed particularly quiet despite the clear sky and some warmth from the sun. After crossing the boardwalk I entered 'Pine Island' where a Chiffchaff was perched high above me singing its heart out. I stood listening for some time and then I was totally surprised when this individual dropped down into the young Birch growth just a few feet from me and belted out another chorus before disappearing off to another high song post. 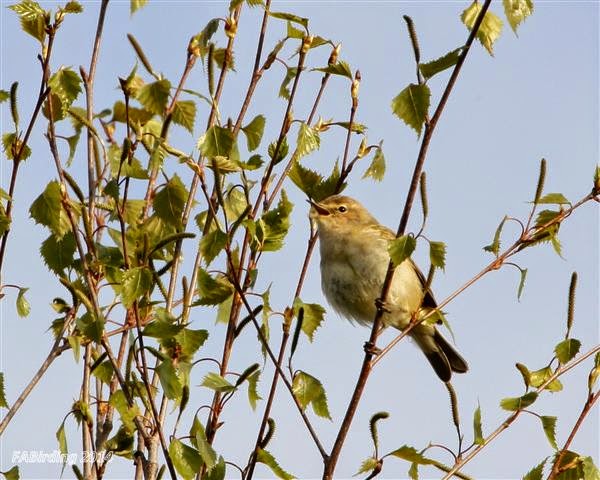 Having tuned into one obvious songster my ears were now straining to pick out a very different sound and eventually I located two separate male Common Redstart typically singing their soft, melancholy verse from the tops of the highest trees. Whilst I was happy to get these record shots I really wanted some closer views and decided to head over to a likely location within a small deciduous wooded area. 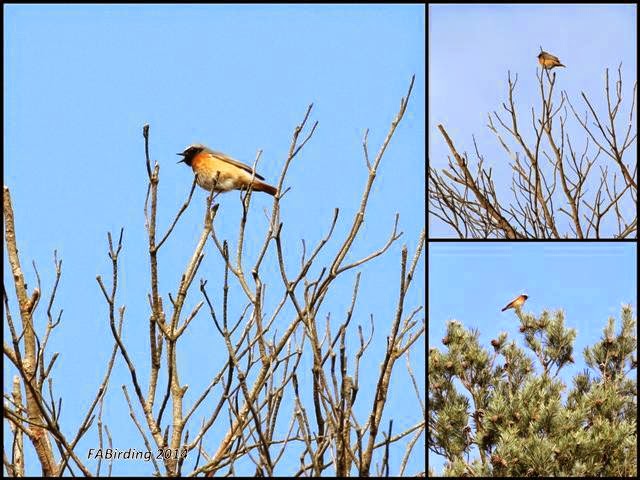 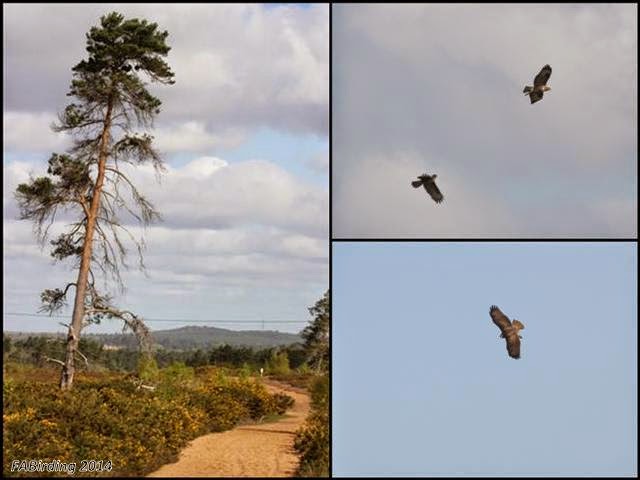 On my way across the open heath I spotted a number of Common Buzzard taking advantage of the early morning warm air currents above one of the slopes and watched as they chased one another.


I also saw a Meadow and Tree Pipit plus a Woodlark in full song but they all eluded the lens!

As soon as I entered the small woodland, one of the favoured nesting areas for the Redstart, I spotted one male on the ground but he promptly flew high into the Oak canopy. Definitely a good sign so I waited and after a few minutes it started singing and slowly descended and enabled me to get a few closer views of this very colourful species. 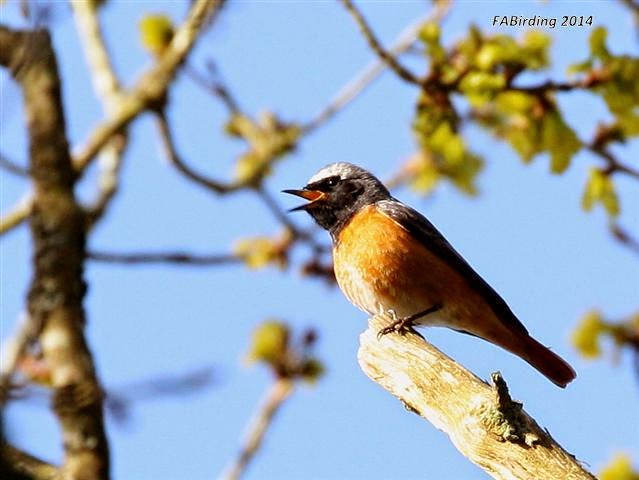 At one stage this male decided to perch just 15-20 feet away but wanted to stay partly hidden behind the large tree trunk. 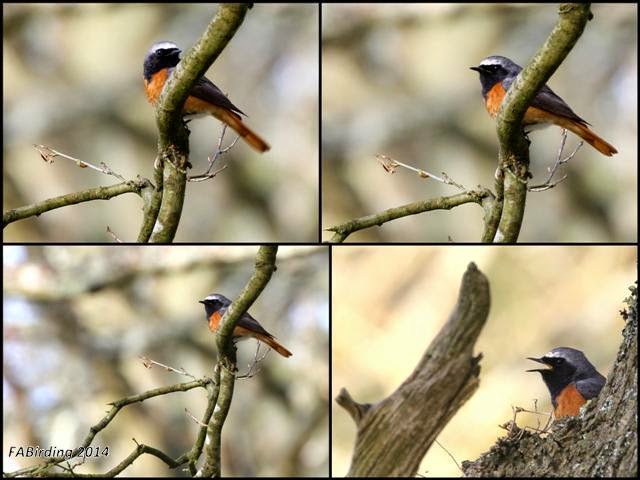 On my return journey I spent some time with an obliging Stonechat and while recrossing the boardwalk I enjoyed reasonable views of the pair of Curlews (pics to follow in a future post) but a recently fledged Mallard chick provided a final shot for my morning stroll. 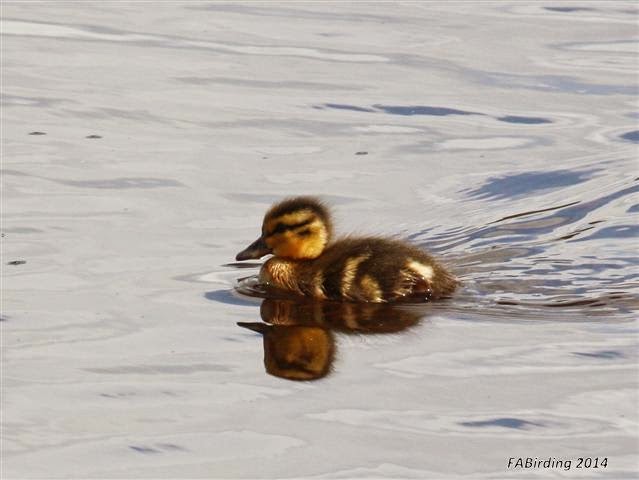 Who knows what I'll see on my next visit, probably much later in May or early June.  FAB.

Linking to WILD BIRD WEDNESDAY.
Posted by FAB at 23:42