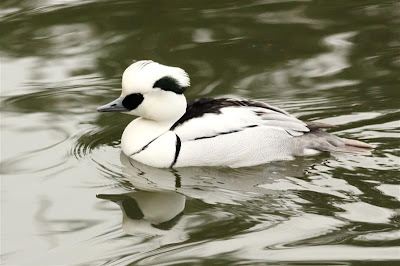 Every winter one of the smallest sawbills, the Smew (Mergellus albellus) migrates southwards from its northern boreal breeding grounds in Finland, Sweden and Russia. Small numbers can usually be found at regular overwintering sites from December until March throughout the southern counties of the UK. 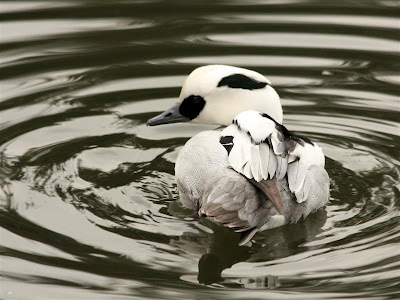 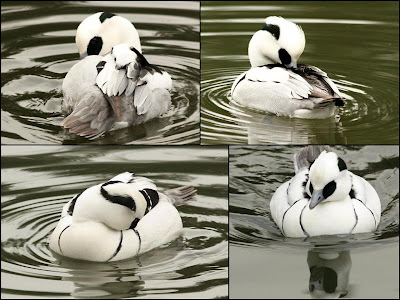 The drake is predominantly white with black markings giving an appearance of 'cracked ice'. 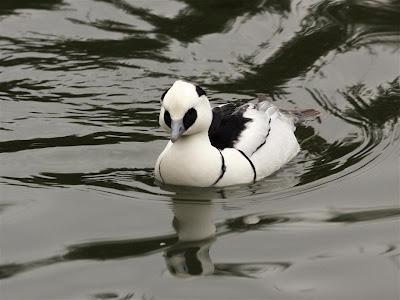 The females are also known as ' Redheads'  for obvious reasons. 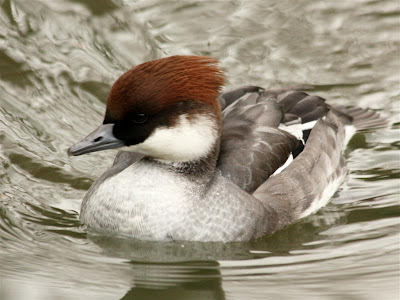 As this species is, in my experience, always very shy and restless, these  images were taken during a visit to the wildfowl collection at Barnes WWT.     FAB.
Click here to link to WORLD BIRD WEDNESDAY
Posted by FAB at 23:42