After days of grey skies it was good to take a stroll across Richmond Park earlier this week and observe the local inhabitants in some sunshine. The first encounter was a large group of Red Deer .... over 30 Does being watched over by their master. 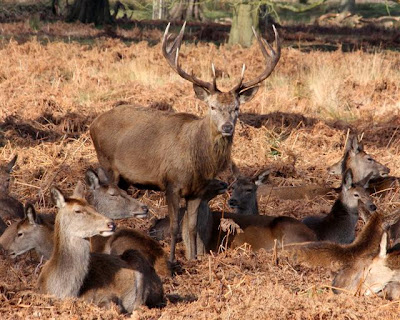 Every so often this large buck made his presence known to a couple of other younger males that were wandering around the periphery of this herd while making sure his charges were safe and secure. 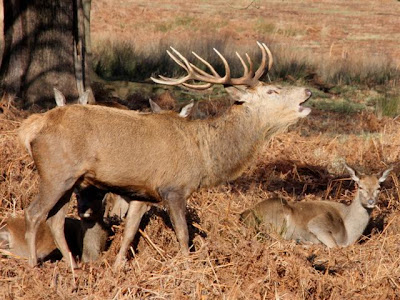 A Kestrel hovered over the open heathland and then decided to perch a little way in front of me but typically as I moved a little closer it decided to move away and I wasn't ready to change the camera settings for a flying seqence! 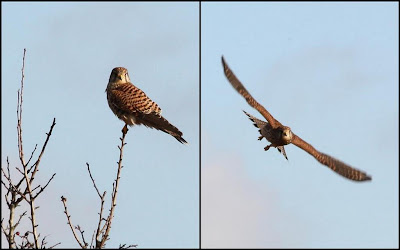 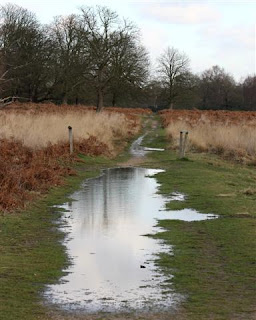 Still plenty of water lying along the pathways as I headed towards Penn Ponds. 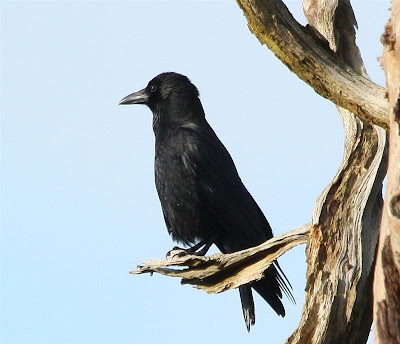 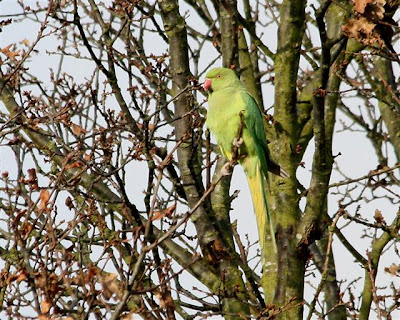 One of many noisy Ring-necked Parakeets that patrol the parkland skies. 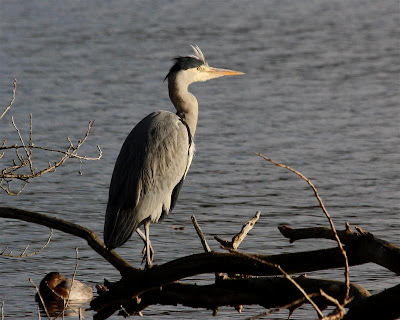 Grey Heron in its usual pose. 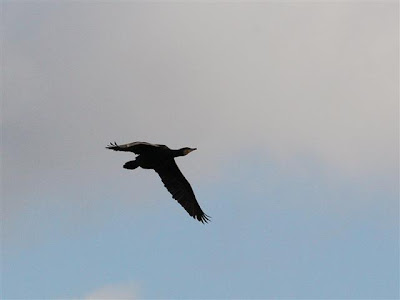 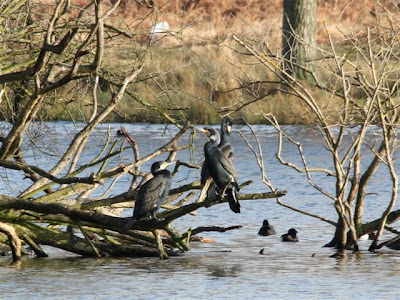 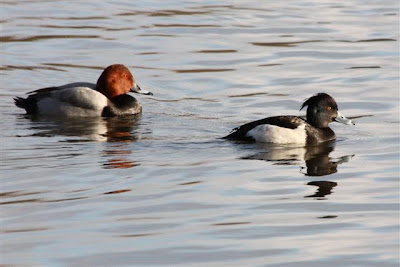 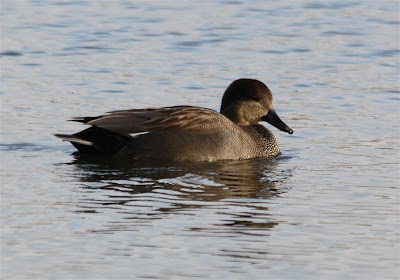 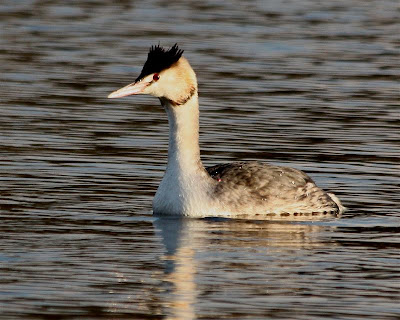 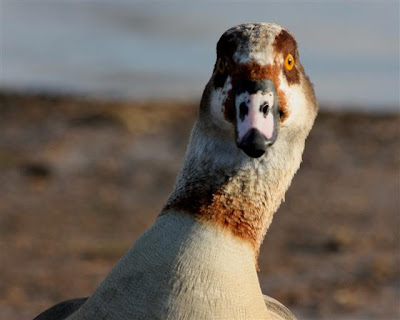 After a very inquisitive stare from an Egyptian Goose it was time to head home and review a well filled card that should produce more images for some future posts. Have a enjoyable wildlife watching weekend.  FAB.
Posted by FAB at 18:05