After several days of grey overcast skies it was a pleasure to go for a stroll around Richmond Park today and be able to capture a few of the local residents enjoying the sunshine.
The camera got quite a lot of bashing so to kick things off I thought I would share some images of the delightful Tufted Duck (Ayhya fuligula). 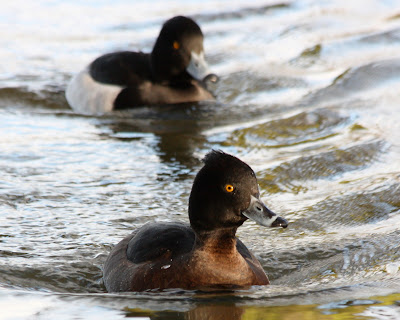 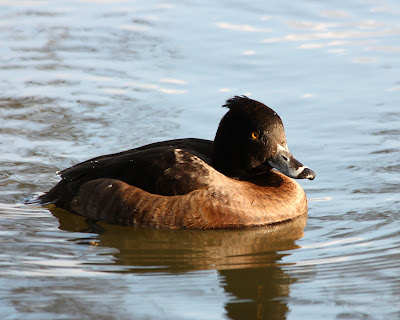 As is typical of many species the female is less colourful than the male but she also sports that little tuft on the rear of her rounded head and the very distinctive yellow eye. 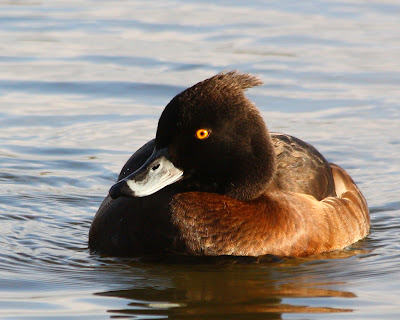 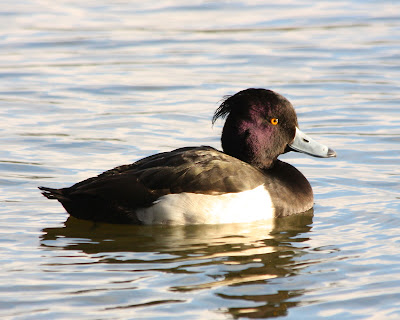 The male in his typical black coat with prominent rectangular white flanks. In a mature adult the crest will eventually lengthen and droop nearly onto its back. 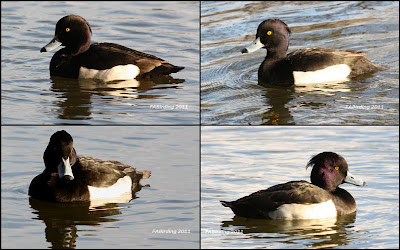 The head colour also appears to change, showing a bluish hue, as the light catches the head feathers. 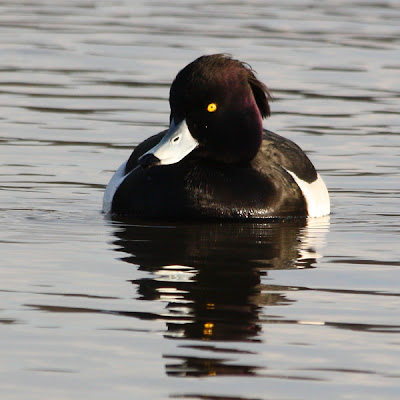 There was plenty of other activity around the park and I'll share those images in a future post.  FAB.