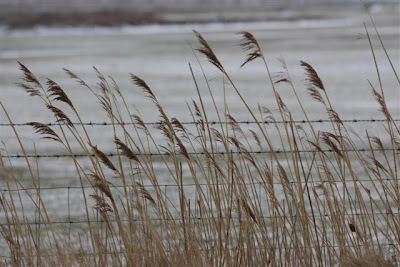 Leaving home in bright sunshine I arrived some 90 minutes later on the Isle of Sheppey to be greeted by howling winds, temperature well below zero and snow! As some of the minor roads didn't look too safe I decided to park up at the sea wall overlooking Leysdown Marshes. (I will apologize in advance for the poor quality of some of the shots but the conditions were aweful but  felt the need to post something). 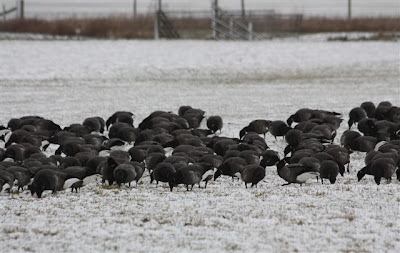 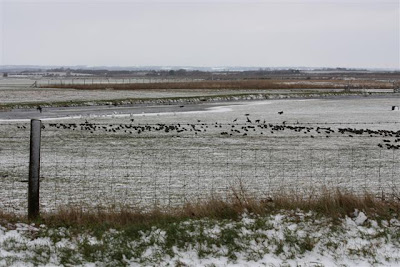 Scanning over the marsh both nearby and in the distance I noted Redshank, Dunlin, Knot, Golden Plover, Curlew, Lapwing, Mallard, Gadwall, masses of Starlings, Pied Wagtail, Meadow Pipit, Black-headed, Common, Herring and Lesser Black-backed Gulls, Kestrel, Marsh Harrier plus 3 Ruff were a first for 2010. 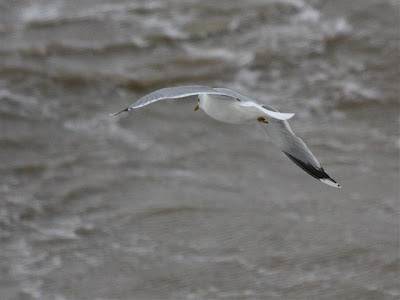 Looking in the other direction over the sea wall with a very strong northerly wind in my face it was difficult to keep the camera still and focus as various gulls danced above the incoming waves. 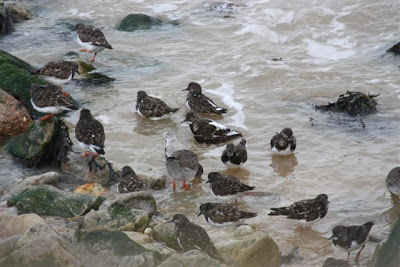 A party of Turnstones decided to have a 'wash and brush up' while a Redshank probed for a meal. 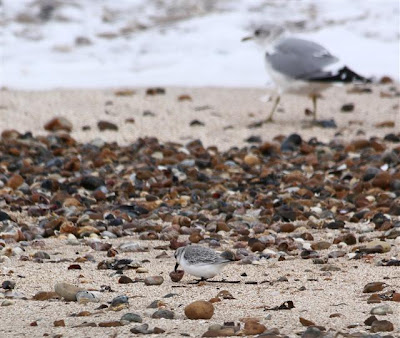 Another 2010 first - A Sanderling pecking into a shell. (Short heavily cropped) 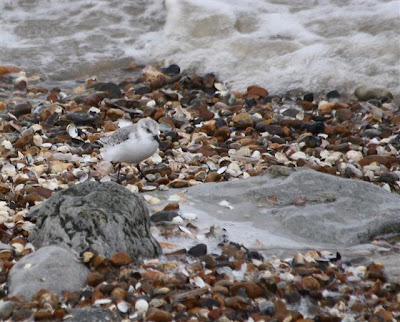 Another cropped image of a Sanderling. I love watching these 'clockwork toys' as they move up and down the shingle beach  just managing to stay clear of the incoming waves. After a much need hot beverage I headed over to Capel Fleet that bisects Leysdown and Harty Marshes and parked up to scan the near total white landscape. Just as I came to a standstill a Ring-tailed Hen Harrier passed by and a Reed Bunting dropped into a roadside bush. 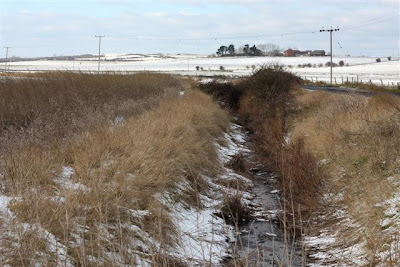 On the Fleet I added Teal, Shoveller, Coot, Moorhen and Shelduck. Way out over the marshes I spied two more Marsh Harriers and some Swans, probably Mute but too far away to identify. 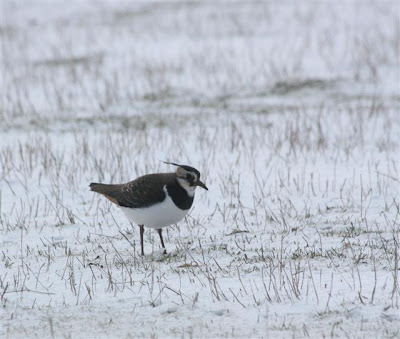 A lonely Lapwing searches for a meal 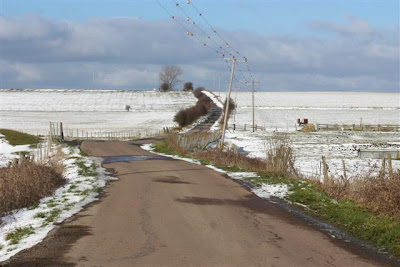 After a bit of sunshine my return route over the hill is now nearly clear of snow and I head homeward after a wild, windy day on the Isle of Sheppey.  FAB.
Posted by FAB at 00:50