On Sunday Anita and I ventured to the south coast for a gentle four hours walk at Rye Harbour Nature Reserve. A sunny, clear day but with a fairly strong SW breeze and lots of people visiting the area as part of the RX Wildlife Festival. 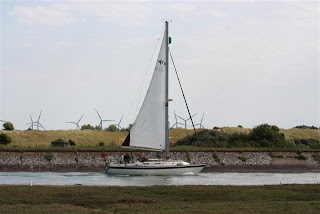 First sightings were lots of House Sparrows around the car park, Collared Dove and the sounds of Skylarks ascending above the tidal marsh. With high tide fast approaching the water enthusiasts were heading down the channel towards the sea. 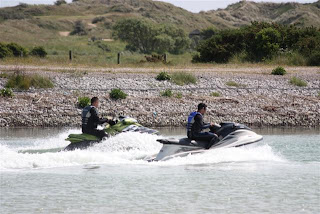 We heard a wagtail calling and eventually got onto this single Yellow Wagtail who moved from perch to perch very frequently but I eventually managed a half decent record shot. 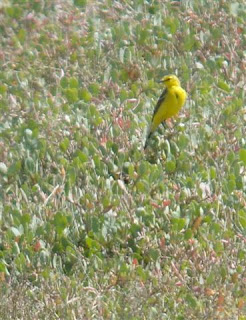 On the other side of the roadway we had distant views of Oystercatcher, Redshank, Black-headed, Common and Herring Gulls plus a single Mediterranean Gull flying around while a pair of Kestrels appeared overhead. 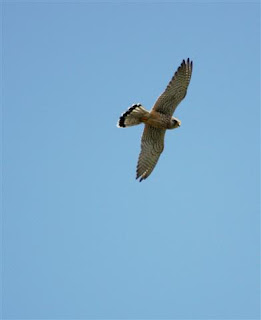 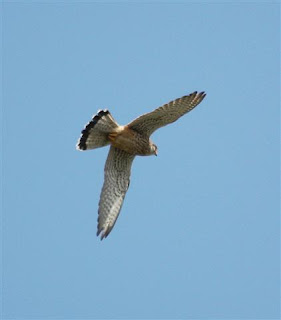 At the Lime Kiln Cottage Information centre there are various posts with mosaics depicting the various flora and fauna that can be found on the reserve. These are two pics of 'Tern' (a summer visitor) and the ‘Bittern’ (a winter visitor). 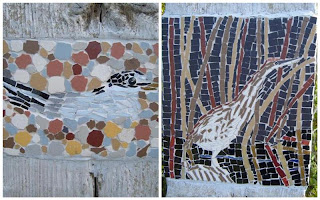 As we headed towards the shingle beach we added Dunnock, Woodpigeon, Crow and Lapwing. Anita caught sight of a pair of distant Wheatears while I was watching a pair of Ringed Plovers guarding their nest site. We headed out onto the shingle ridge overlooking the sea and watched Common, Sandwich plus a single Little Tern flying past.
Not ideal light as the sun was on my left but here are two shots of a Sandwich Tern [note the yellow tip to the black bill] searching for a meal. 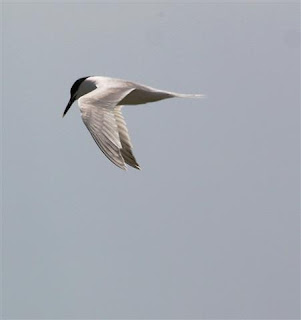 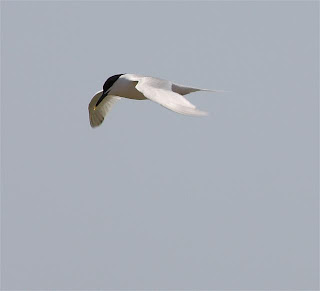 After scoffing our packed lunch we headed for the Ternery Pool which has been very busy with around 1600 pairs of Black-headed Gull, 90 Pairs of Mediterranean Gull, 500 pairs Sandwich Tern and Common Terns gradually finding space as the Black-headed Gull chicks disperse to the margins. 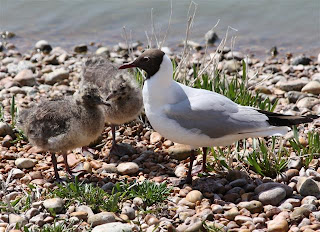 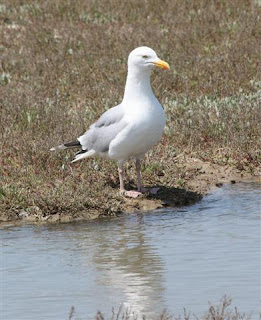 Herring Gull (the predator?)
Whilst scanning the colonies on one of the islands the noise level increased dramatically as a large opportunistic Herring Gull flew in and snatched a Black-headed chick for its dinner! Other inhabitants around the pool were Mute Swan, Mallard, Coot, Moorhen, Shelduck, Tufted Duck, Gadwall, Redshank, Dunlin and Starlings. 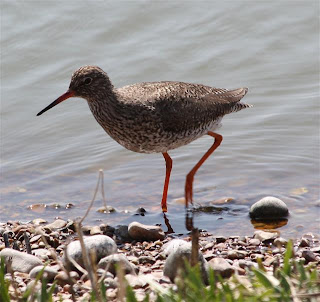 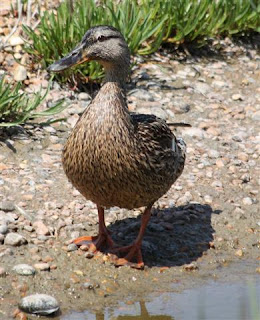 A short detour behind the pool produced Linnet, Whitethroat, a hidden Reed Warbler rhythmically singing from within deep cover of the reeds plus a distant calling Cuckoo and a fly past of a pair of Cormorants and Swallows. The most colourful flora was Yellow Horned Poppy. 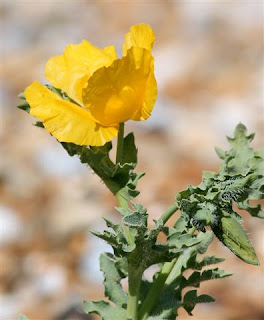 We also saw a few butterflies; Meadow Brown, Red Admiral, Common Blue and Painted Lady so I've kept a few photos back for a future post.
Posted by FAB at 16:15