Where is the sunshine and the birds?

Two days in a row I have been out for a stroll and totally thwarted by the weather ... grey overcast with damp breezes in the air .... plus very little avian activity to even think about getting the camera out!
Monday (early pm) was another dull and deathly quiet visit to Thursley Common. 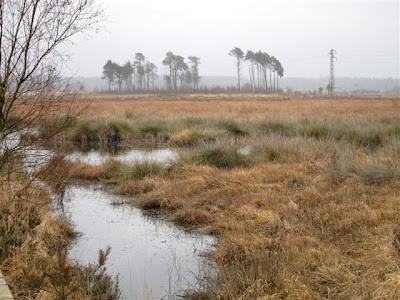 I trudged across the boardwalks, over and around Shrike Hill, searching every probable perching post but no sign of the Great Grey Shrike that has been sighted very recently. Apart from 6 or 7 Goldcrests seen feeding just after leaving the car park; Great Spotted Woodpecker tapping and the scolding call of a Stonechat there was very little else to maintain any 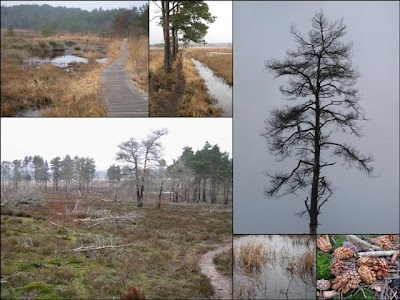 Stonechat there was very little else to maintain any enthusiasm for my 3rd unsuccessful search of this elusive bird. The only thing that caught the lens of my new S95 was the hoof-shaped bracket fungi (Polyporus betulinus) that can be seen throughout the common colonizing much of the dead and decaying birch trees following the last devastating fire. 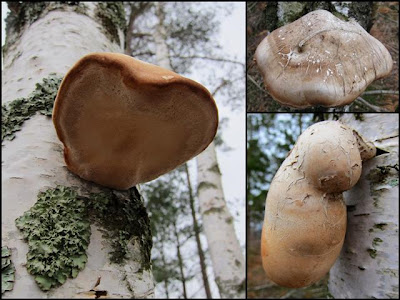 I then drove over to Cutt Mill Pond in the hope of spotting the resident Mandarins but much of the water was frozen and only a Grey Heron and a Coot showed itself. 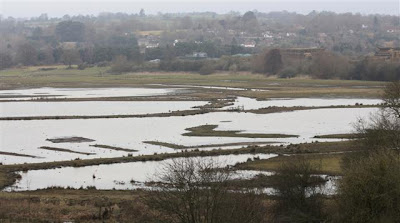 Today (Wednesday) I drove southwards to Pulborough Brooks RSPB Reserve more in hope than anticipation that the male Hen Harrier that has appeared fairly regularly might show itself but again I guess the elements were against that happening ... grey skies and a strong wind again .... and it didn't appear! 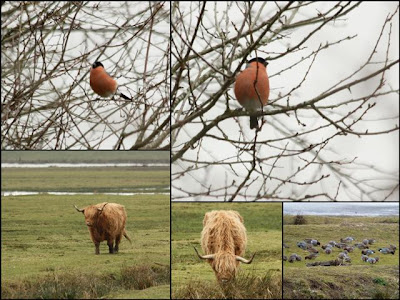 The flooded brooks were teaming with Wigeon, Teal, Pintail, Mallard, Shoveler and Lapwing plus a few Shelduck. At one stage the wildfowl and Lapwing all took to the air but I couldn't locate the offending intruder ... probably a low flying Sparrowhawk or Merlin which also sent the Godwits packing before I could get to them. A good number of Redwing around the reserve but only a handful of Fieldfares. So again the only objects that got in range of the lens were Wigeon, the Highland beasts grazing and finally a pleasant 15 minutes watching 3 males and 2 female Bullfinch feeding.
So where will I head for tomorrow .... it all depends on the weather again!    FAB.
Posted by FAB at 23:30