It has been a while since I explored the Isabella Plantation within Richmond Park but the weather was sunny and bright on Tuesday morning so I thought I would take a stroll around.


Just after leaving the car park I stopped to watch a small group of Red Deer stags grazing in the shade beneath the tree canopy. 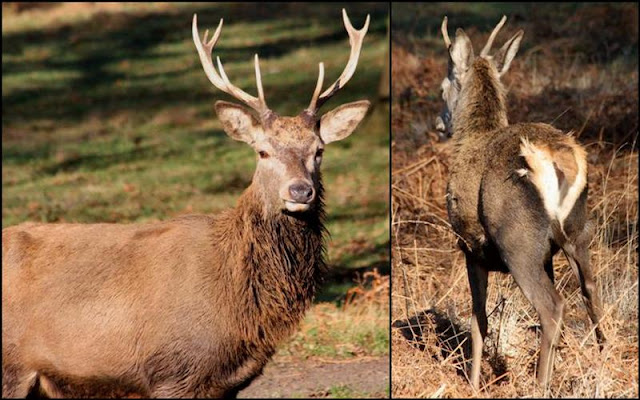 These beasts are fairly tolerant of humans providing you don't directly invade their space and as usual I was watched very intensely by one individual while another youngster just showed his displeasure by giving me the 'bums rush'! 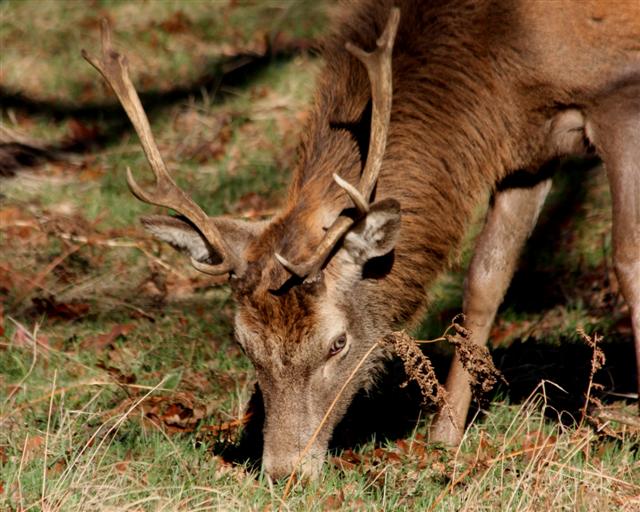 They soon returned to grazing but still keeping a wary eye on the 'watcher'!
Before entering the plantation I checked the map with the intention of planning out a route but then decided to just follow my nose and ears listening for birdie sounds ..... the repeated phrases of a Song Thrush singing from high in the oak canopy; Parakeets squawking as they moved from perch to perch; next was the drumming of a Great Spotted Woodpecker; the sharp "tui - tui - tui" of a Nuthatch who I located with the bins but it wouldn't drop lower for a close view; plus a couple of Redpolls high in the Birches but indistinct amongst the branches to ascertain if either was a Mealy! When I eventually arrived at Peg Pond the first sight was a pair of Egyptian Geese in the company of their close relative, a Shelduck. 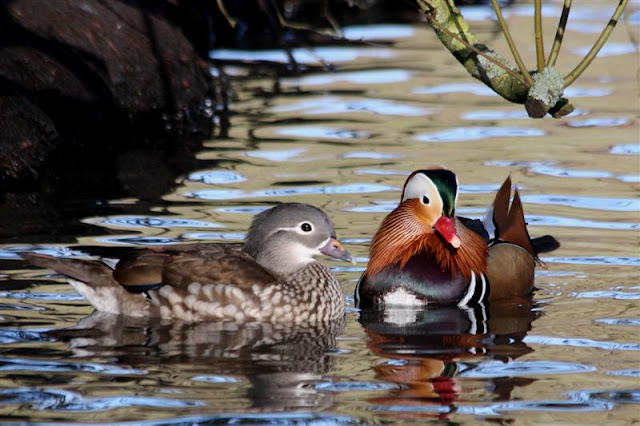 The star turns had to be the exotic and colourful male Mandarin Duck together with his partner. (A separate post on this species will follow in due course as I took quite a few shots). 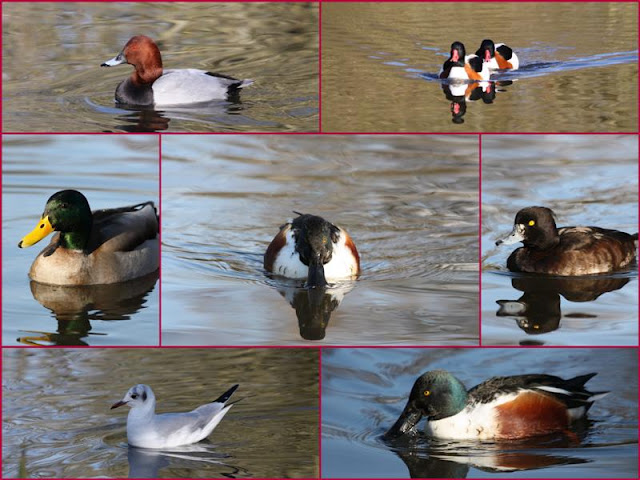 This small pond contained quite a varied selection including a male Pochard, Mallard, Shoveler, Black-headed Gull and a few Tufties but what I wasn't prepared for was the sight of 2 Northern Pintails .... obviously pinioned as they were far too trusting but again I got some close ups to share later. 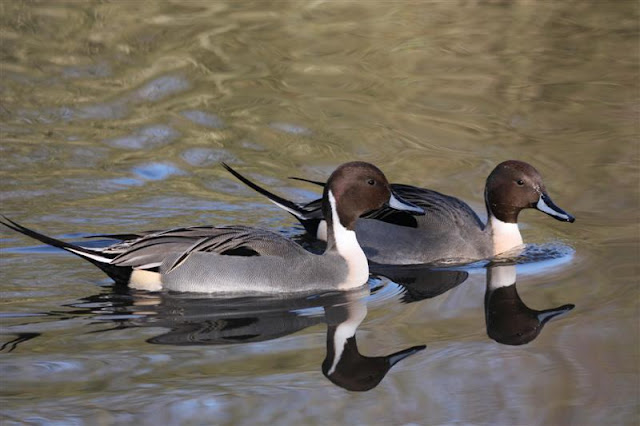 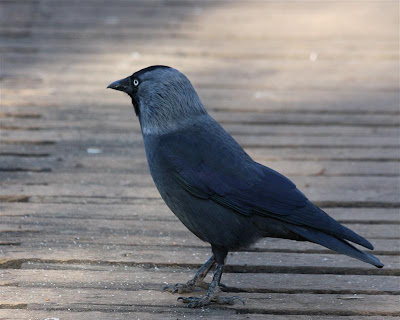 Once the human activity around the pond died down the Jackdaws arrived to pick up any left over scraps.
On my route back through the plantation I stopped close to a pair of feeders watching Blue, Great and the occasional Coal Tit dash in for a quick feed before returning to a nearby branch to consume their tasty tit bits. What I wasn't prepared for was the fast, dashing flight of a male Sparrowhawk who appeared from his hiding place within a Rhododendron bush some 30 feet away .... dropped onto the feeder and then took off, empty handed, returning to his hideaway .... and it all happened in the blink of an eye ... but not just ONCE ... I watched this episode repeat again and again with interludes of anything from 5 to 15 minutes. 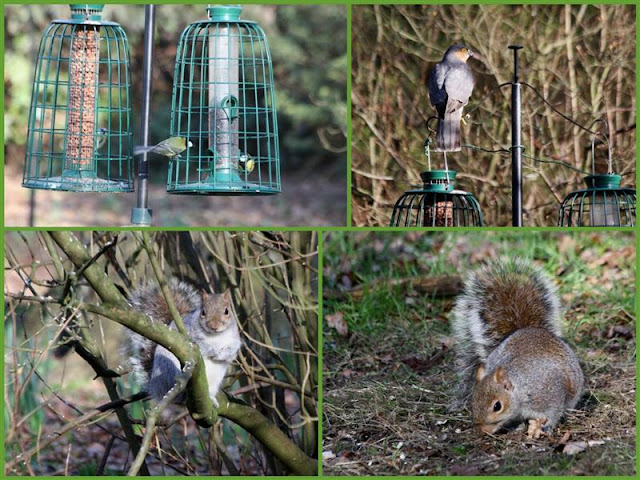 Despite trying to focus on the feeders I only captured him partially stationery on just one fly pass! In between this activity a Grey Squirrel also monitored the feeders and eventually got up the courage to drop onto the floor to pick up some scraps. 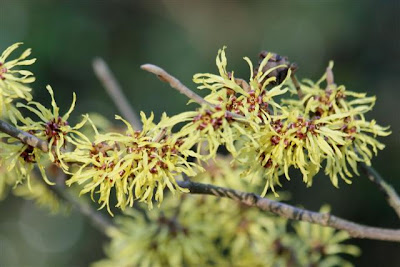 As I made my way out of the plantation I passed under a large canopy of fragrant Hamamelis (Witch Hazel) in full bloom. I then headed off through the park towards Penn Ponds ..... to be continued.   FAB.
Posted by FAB at 14:49