After leaving the Isabella Plantation I headed across the open parkland towards Pen Ponds with a brief pause attempting to get a shot of a Green Woodpecker feeding .... but of course he saw me coming! 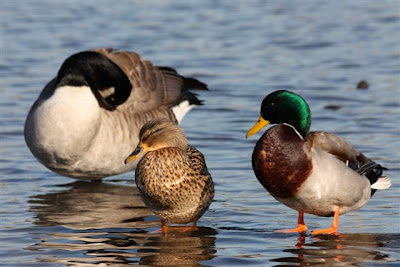 Not long after I had reached the waters edge, checking out a likely quarry for the lens, a nearby voice said "Do you mind if I throw this in for my dog?". I turned to see a man holding a very large piece of wood and his dog waiting by his side. My response (perhaps a little brusque) was "I don't think it is appropriate" and he promptly questioned "Why?" Red rag to a bull comes to mind as I pointed to and suggested the likely distruption to the wildlife using the water but after a brief pause he just retorted that his dog had a swim here every day and it was obvious that whatever concerns I had he was going to carry on regardless!
I wasn't in the mood for an extended discussion (I just wanted some peace and quiet with the wildlife) so I moved a little further away. Fortunately when I heard the slash, way behind me, the ducks in front of me didn't react .... perhaps they are used to this daily occurrence. 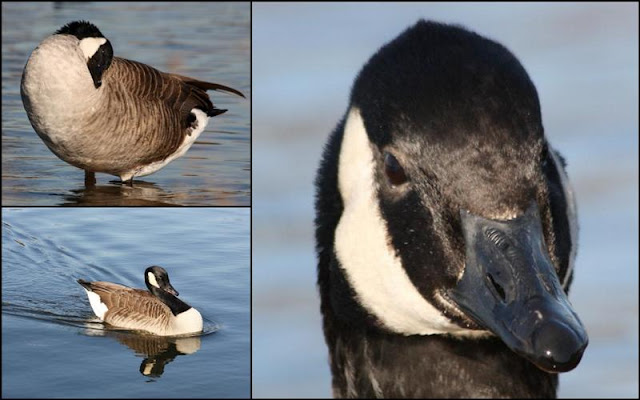 Most of the Canada Geese seemed fairly relaxed and one came close to check me over. 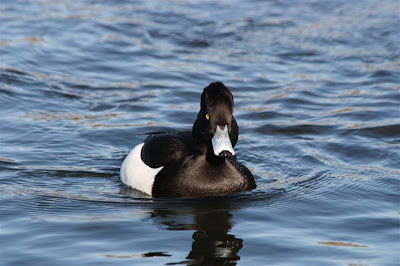 This male Tufted Duck made a tentative move towards the bank. 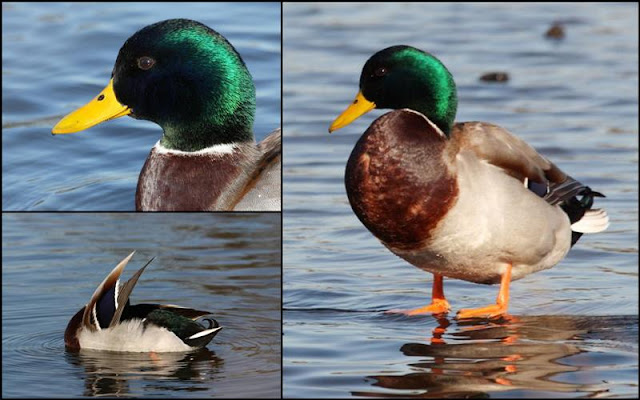 The male Mallards were either preening or just standing around admiring the view. 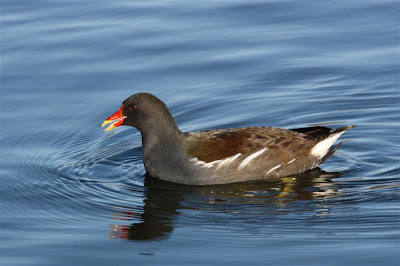 Moving on over to the smaller pond I sat on the bank looking down on the water, with the sun casting plenty of shadows, as the various species passed by including this Moorhen calling to its comrades. 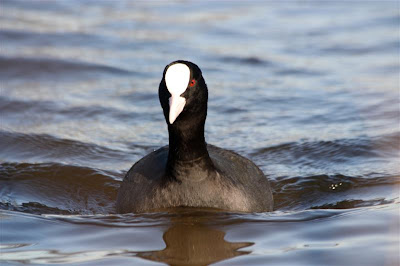 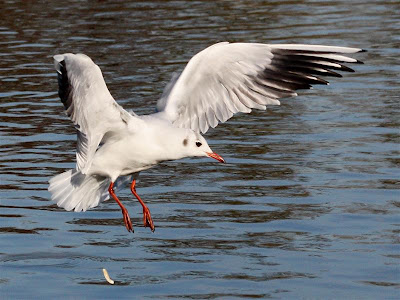 A Black-headed Gull decides to lighten its load ... thank goodness I was above and not below! 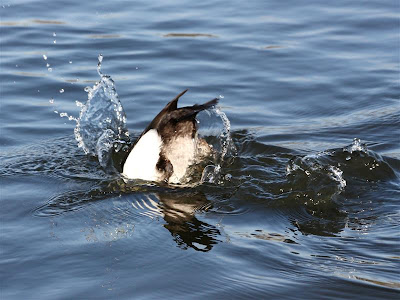 Finally the disappearing Tuftie and then it's time for me to find my way home ... but I'll be back with a few more images from this visit in the coming week.   FAB.
Posted by FAB at 00:16