On Thursday, after a 60 mile drive southwards and with more blue sky than I have seen for ages, I started out on a leisurely anti-clockwise walk around the perimeter of Farlington Marshes. High tide was some 4 hours away so many of my initial sightings - Curlew, Redshank, Black-tailed Godwit, Grey Plover, Dunlin, Shelduck, Teal, Pintail, Wigeon plus Red-breasted Mergansers were somewhat distant views through the bins and scope. 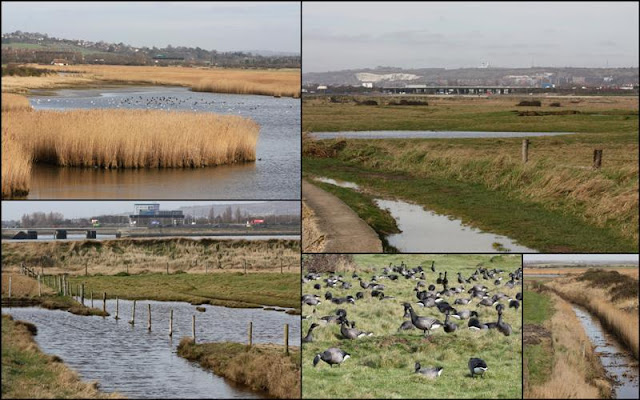 Farlington Marshes is 125 hectares (308 acres) of grazing marsh on the northern shore of Langstone Harbour reclaimed in the late 1700s. Most of the site lies below mean high water level protected by a sea wall embankment on three sides parts of which have been recently restored. The M27 provides the ‘noisy’ northern boundary. Parts of the site were used by the military during both World Wars, with munitions disposal resulting in several of the smaller pits and pools. With good views over Langstone Harbour, including various shingle islands, the marsh and inter-tidal mudflats attract many species of waders and shore birds. It is also an internationally important site for wintering Brent Geese and Black-tailed Godwit plus a breeding site for Redshank, Lapwing and Skylark in the summer. 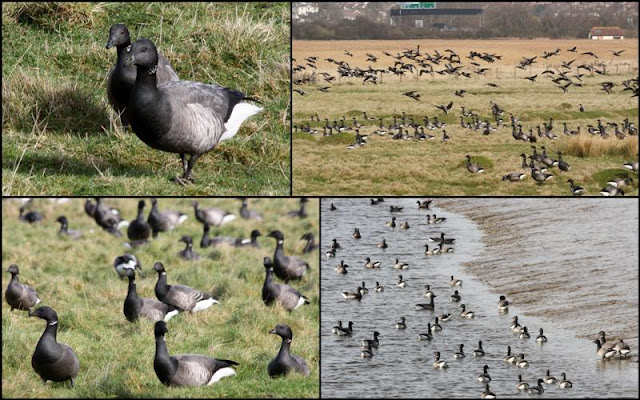 Fortunately one species offered slightly closer views. Both the grazing marsh on one side and the water filled mud gulleys on the other were full of Dark-bellied Brent Geese (Branta bernicla). 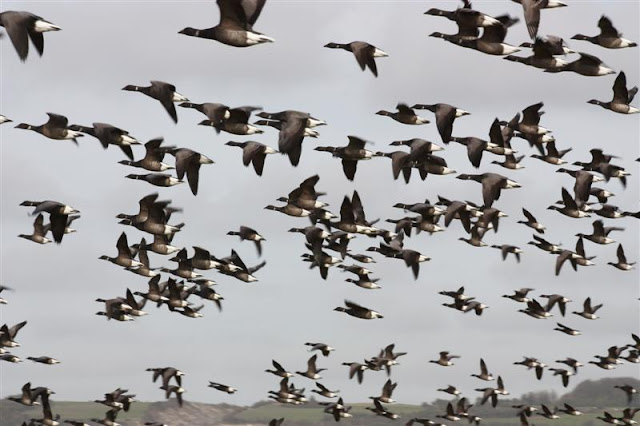 All quietly feeding and then suddenly they start to chatter to one another and all take flight as a Peregrine Falcon makes a pass over the grazing marsh. This scenario was repeated throughout the day on several occasions by both the Peregrine and a Common Buzzard. 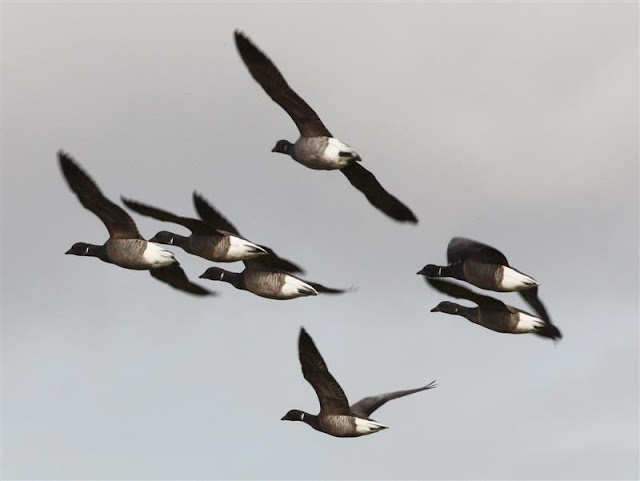 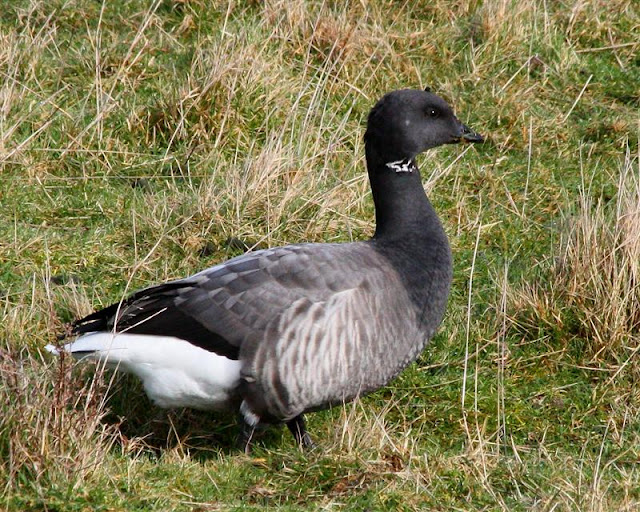 After each disturbance the geese resettled, often at a different location and I eventually managed some slightly better views but not quite as close as those captured a year ago. 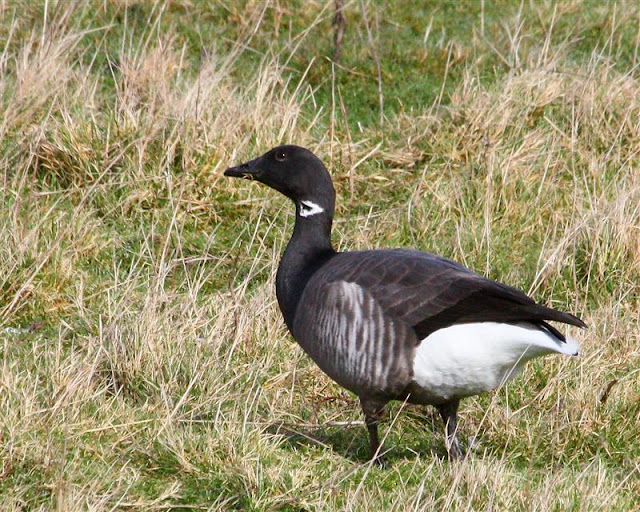 On the southern most part of my circuit I turned my back to the mudflats and stopped for a refreshment break overlooking The Deeps with many of the same species I had already logged plus Black-headed and Common Gulls, Gadwall, Shoveler, Mallard, Little Egret, Common Snipe, Lapwing, Mute Swan plus the lovely sound of Skylarks singing overhead. 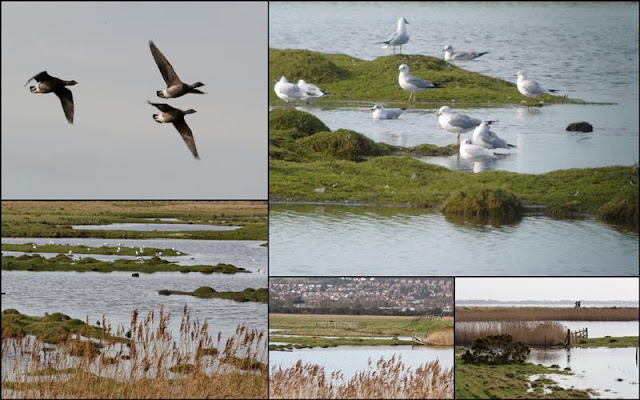 The final stage of my stroll followed the stream where a Kestrel put in a brief appearance plus slightly closer views of Black-tailed Godwit, Little Egret, Little Grebe, Moorhen plus over flying Shelduck. 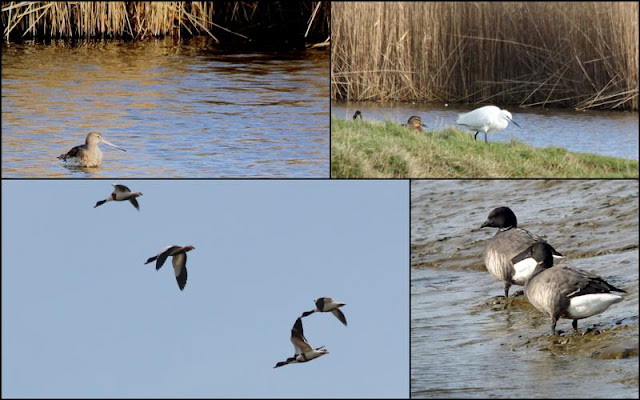 As I headed back to the car the Brent were still wandering on the diminishing mudflats as the tide raced in.

A very pleasant coastal stroll with around 40 species logged.  Click here for previous posts on Farlington Marshes.  FAB.
Posted by FAB at 23:38