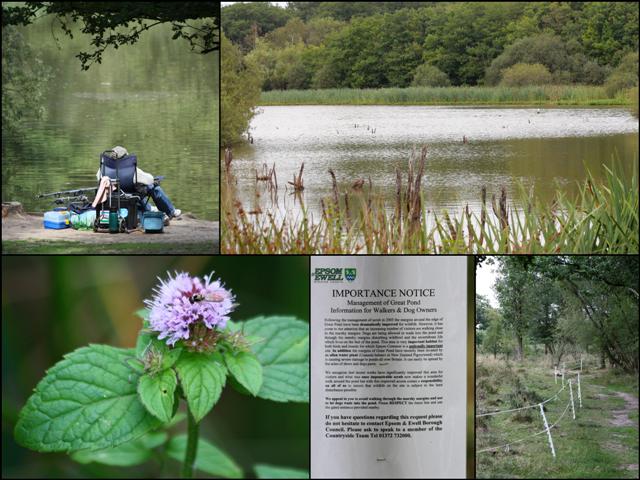 A late am stroll around Epsom Common Ponds and the surrounding area produced very little avian activity today with just the occasional insect feeding on the Water Mint (Mentha aquatica). Even some of the fishermen were fast asleep around the small pond! The margins around the Great Pond have been improved for wildlife over the past 5 years but it now appears that Crassula helmsii (New Zealand Pigmyweed introduced from Tasmania in 1911 and subsequently sold as a pond 'oxygenating' plant) has recently invaded the pond. It is doing major damage to many ponds and waterways around Britain and is difficult and very expensive to eradicate. Despite notices explaining that dogs should be kept on leads and out of the water I saw one individual had been let loose again today on the other side but too far away for my voice to have any effect on the owner! 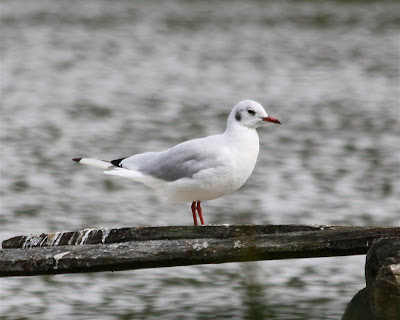 The only species around the water was a resting Black-headed Gull in non breeding plumage, a juvenile Coot and a single Grey Heron who promptly decided to fly off as soon as I considered getting closer for a photocall! 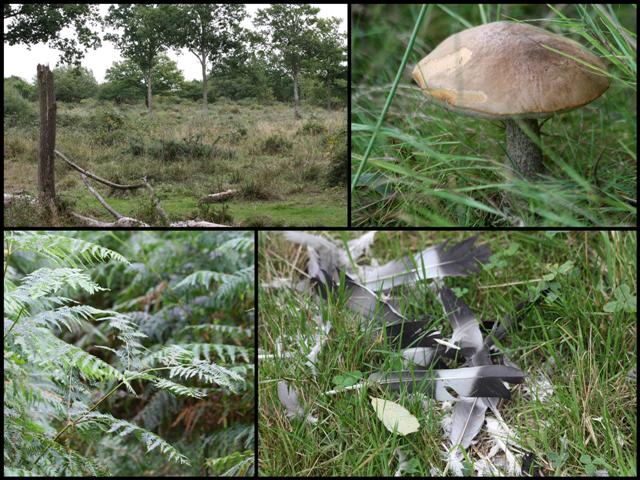 The Common, a Site of Special Scientific Interest (SSSI), covers some 175 hectares and includes areas of acid grassland, heath and woodland but a major portion has become overgrown by dense thorn and oak scrub since grazing ceased decades ago. Formal grazing was re-introduced in 1977 and again this year (from mid May to Autumn) there are some 30 animals grazing three specific areas. I noticed that the signs state that it is hoped that species such as the Silver-washed Fritillary and Grasshopper Warbler might return in the future ... well seing or even hearing the latter locally will be a red-letter day for me. 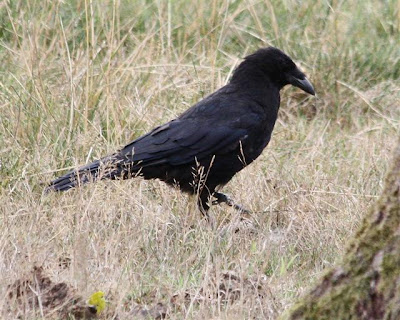 Heading out across the grassy areas I spotted Carrion Crow, Jackdaws and Jay plus one of the resident male Kestrels was flying around but well out of range of the lens. I also heard both Green and Great Spotted Woodpeckers plus Chiffchaff, Robin, Blue Tit, Long-tailed Tit and Goldfinches. 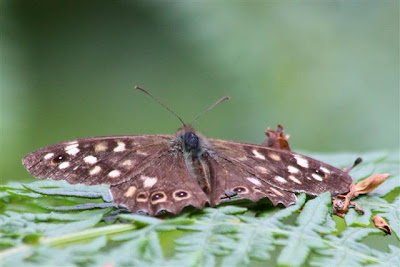 As I fought my way through the lush green fern undergrowth the only movement was from Speckled Woods as they found a spot to rest either at eye level or on the ground. 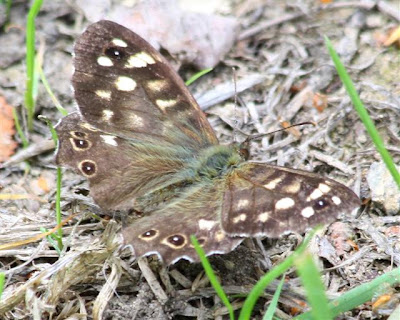 With the sky darkening and spots of precipitation falling it was time to call it a day.  FAB.
Posted by FAB at 18:39