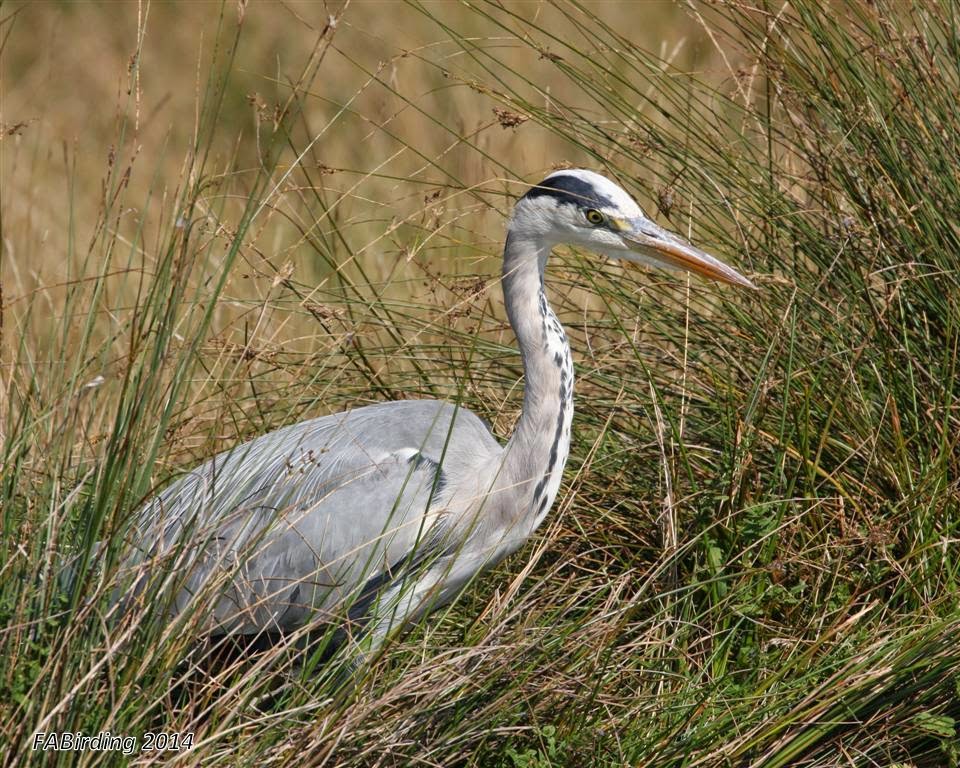 In my book the Grey Heron has to be one of the most patient stalkers. Often standing in one position for ages with its eyes glued to the watery surface watching and waiting for its prey. This individual had picked a spot where the grasses provided some cover and was facing the sun so that its shadow didn't betray its presence on the water surface in the ditch well below its feet. 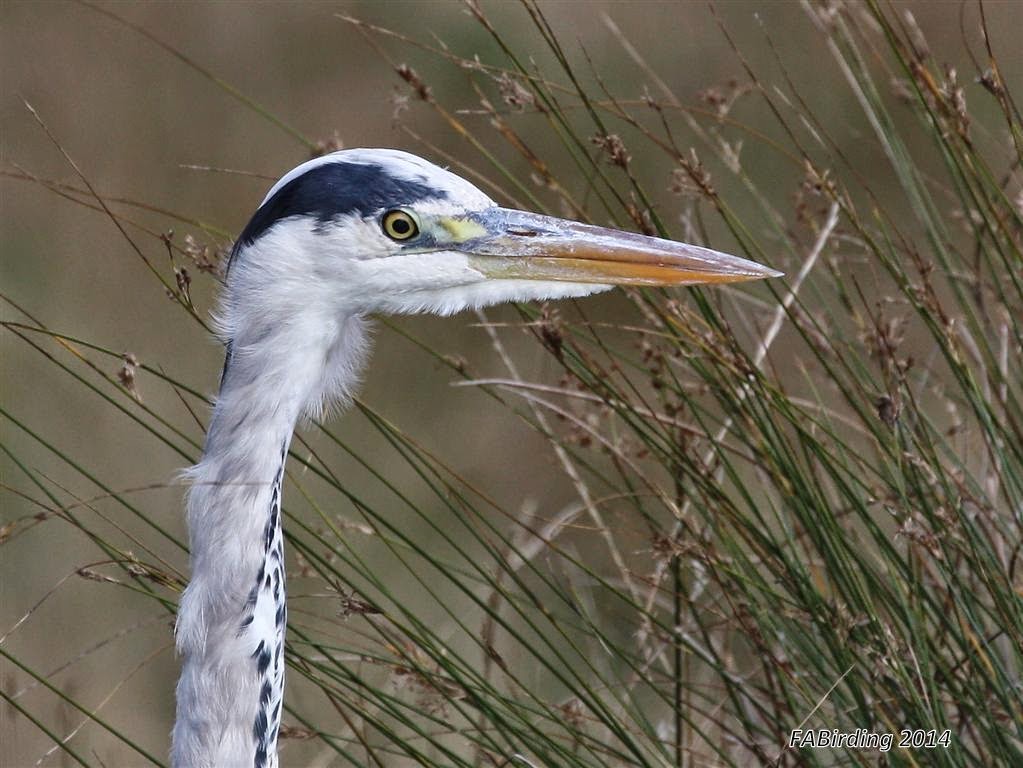 Even with a slight breeze blowing the Heron remained motionless, something I could never come to terms with when as a mere youngster I was taken fishing by my Uncle. I just couldn't find the enthusiasm for sitting still while watching and waiting for that colouful float to bob in the water BUT as a wildlife watcher I'm happy to sit for as long as it takes to see this master fisherman at work. 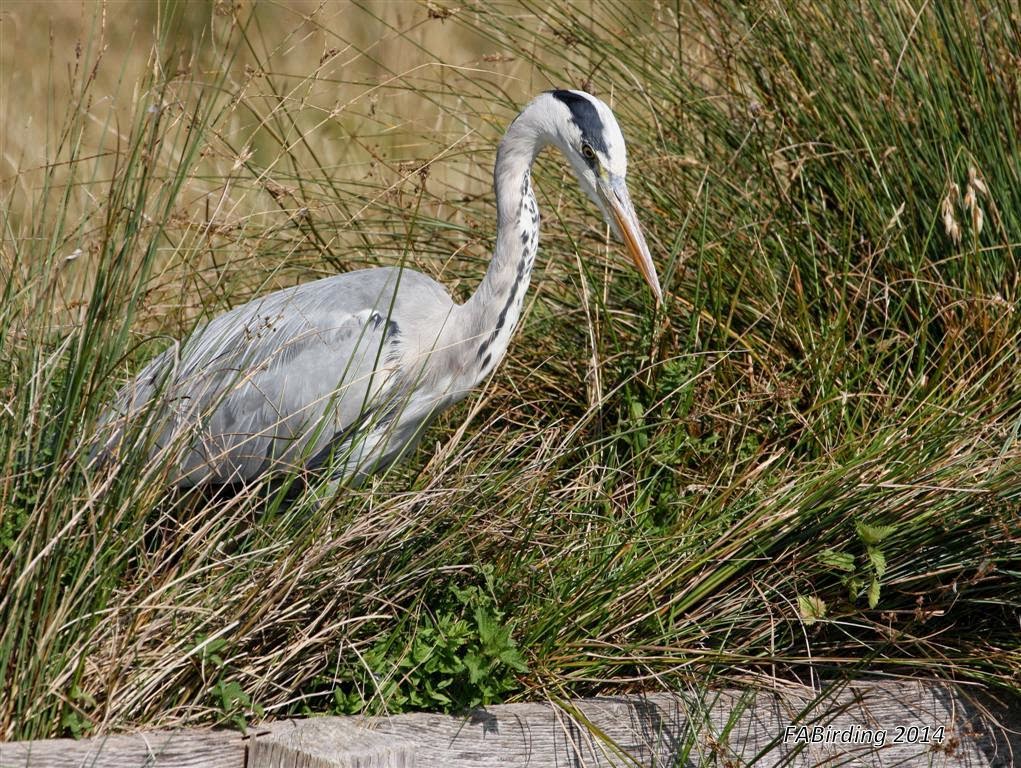 Very occasionally you might notice a slight repositioning of it head as it refocuses its concentration. 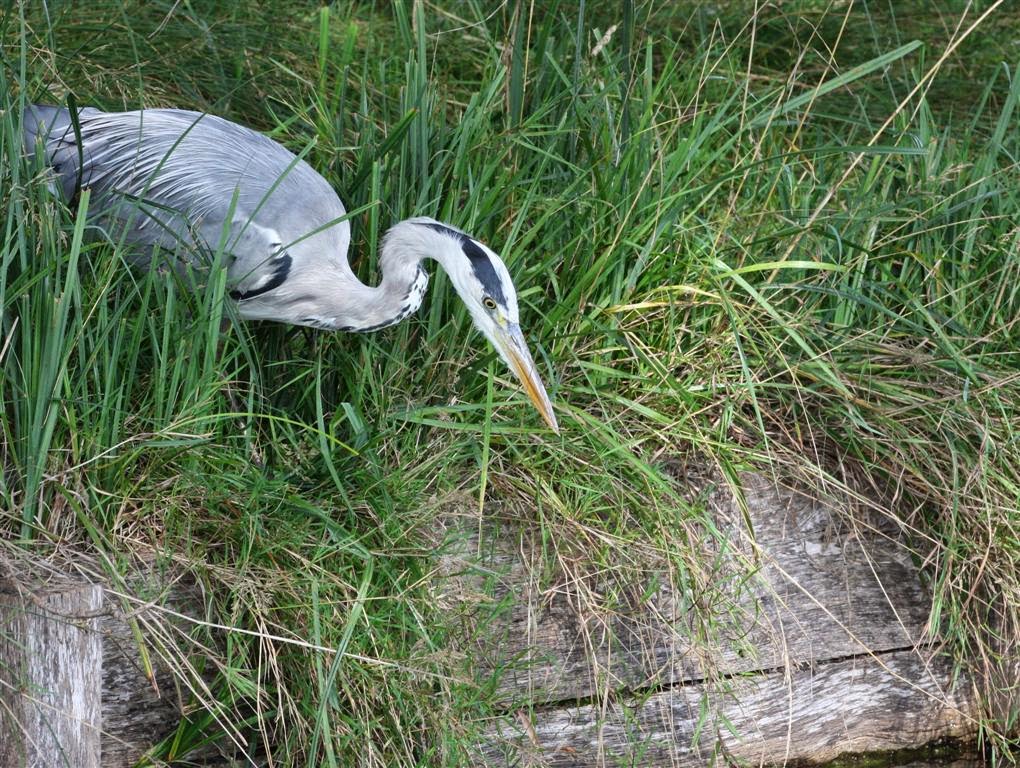 It then leans forward indicating that a strike might happen and in a flash the action is all over AND regretfully on this occasion my concentration wavered at the wrong moment! The Heron was sucessful and after devouring its quarry it turned its back on me and repositioned itself further along the bank to continue its patient vigil. 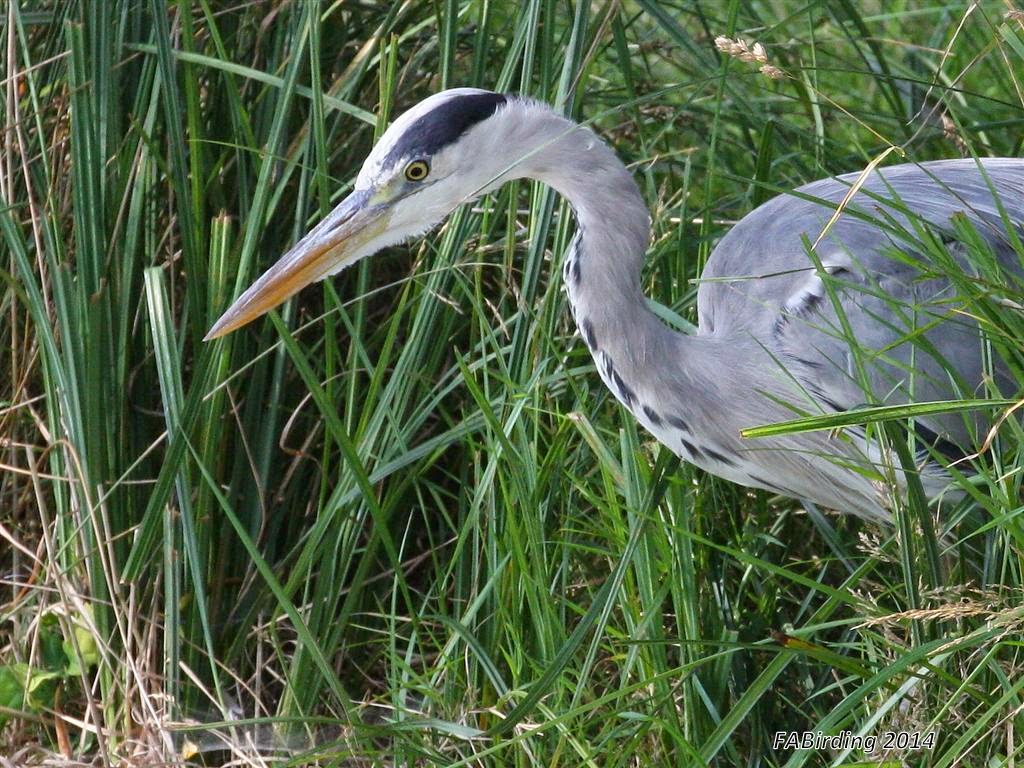 I'll just have to try another day in the hope of catching the moment of impact!  FAB.

Linking to WILD BIRD WEDNESDAY.
Posted by FAB at 22:28