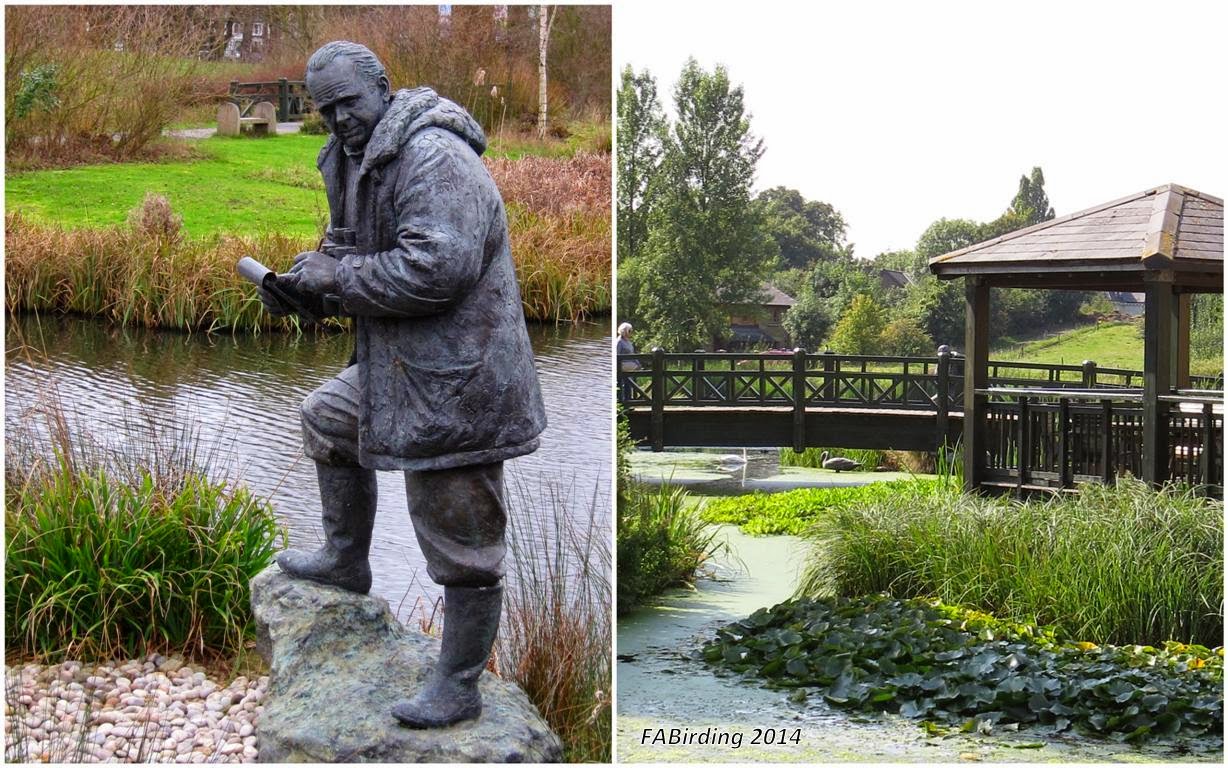 A location that I often visit throughout the year is The London Wetland Centre at Barnes. As you cross the bridge astride the entrance pools the statue of Sir Peter Scott always serves as a reminder of his dedication to education, research and the conservation of wildlife. His establishment of the Wildfowl Trust in 1946 has allowed millions of people to enjoy getting close to living wildfowl from all round the world. 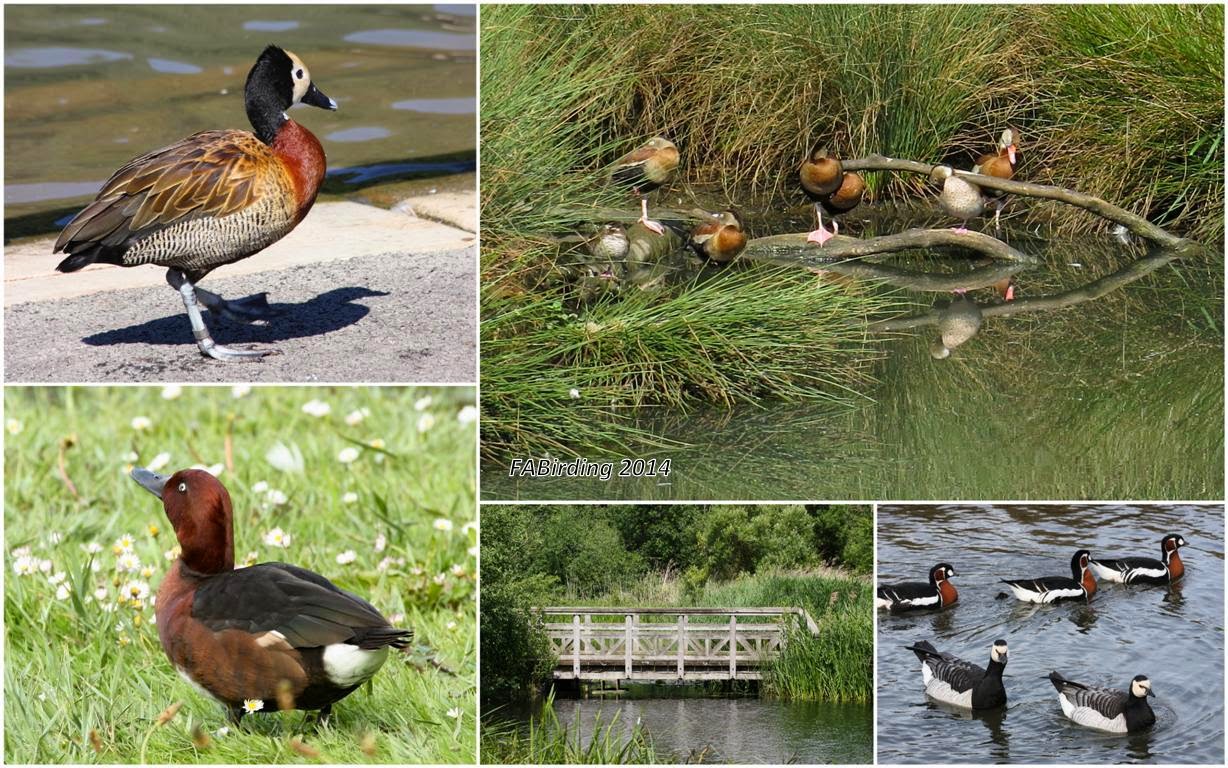 A mix of habitats throughout the 'World Wetlands' area provides an opportunity to watch and photograph species such as White-faced Whistling Duck, Black-bellied Whistling Ducks chilling out, Ferruginous Duck, plus Red-breasted and Barnacle Geese. Just a a few of the many and varied captive species. 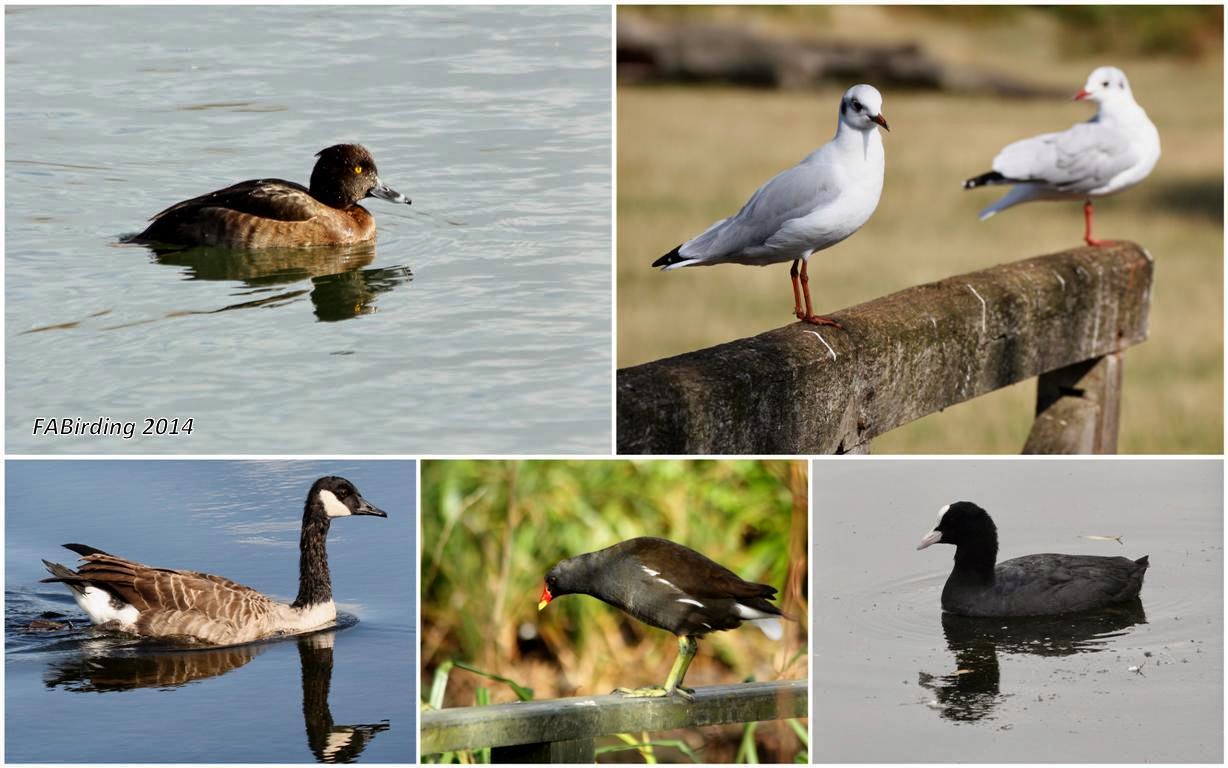 The various hides around the 'Wildside' areas produce an array of our native and migrating avian species throughout the year. A few regulars depicted here .. Tufted Duck, Black-headed Gulls, Canada Goose, Moorhen And Coot. 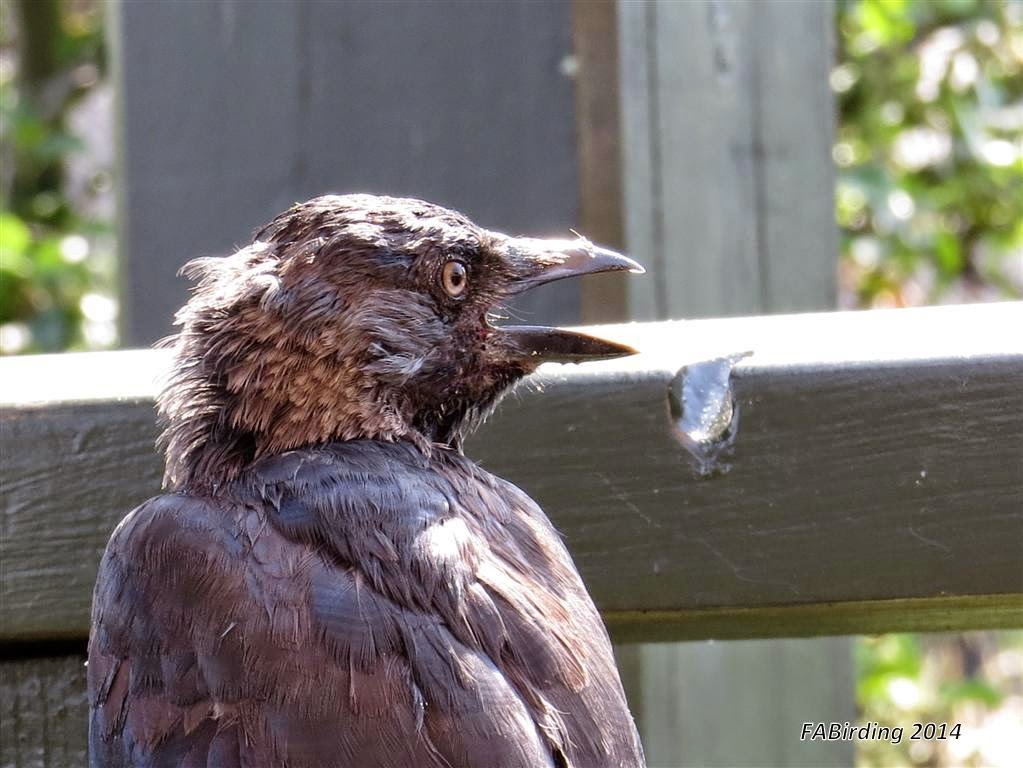 During a break for coffee and cake during a visit earlier this week we were joined by a young Carrion Crow constantly opening and closing its beak but not uttering a sound. It hung around for a while before flying off to another table to pick up a discarded scrap. 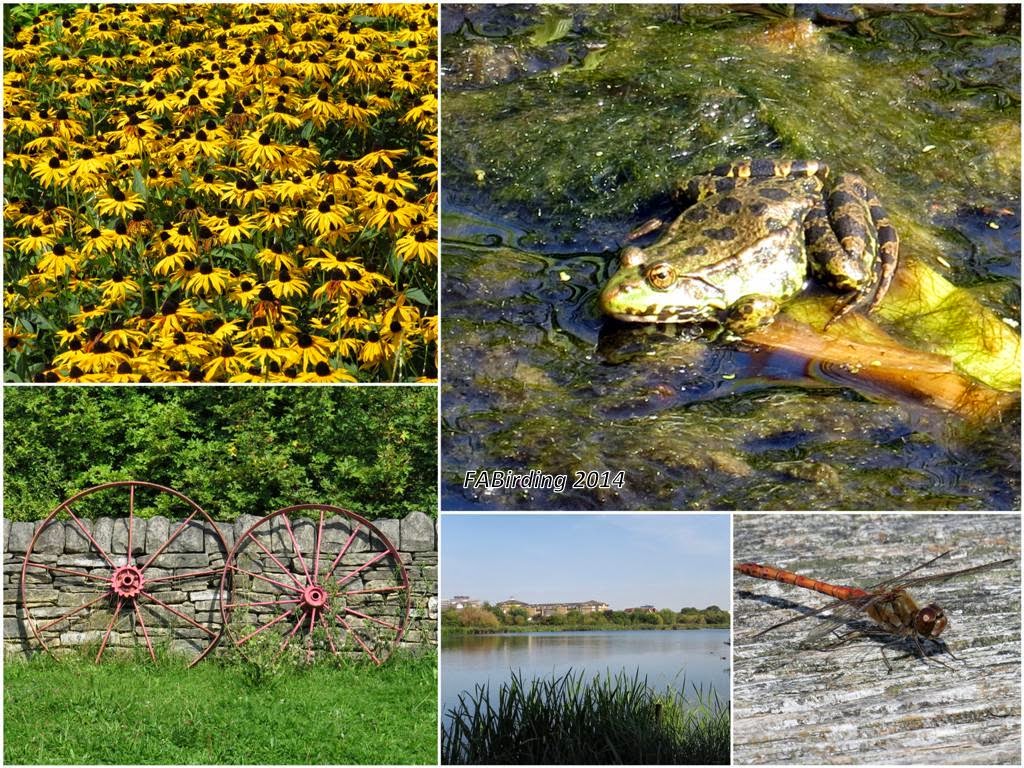 Elsewhere there was interest from colour in the wildlife garden, Frogs and resting Common Darter. 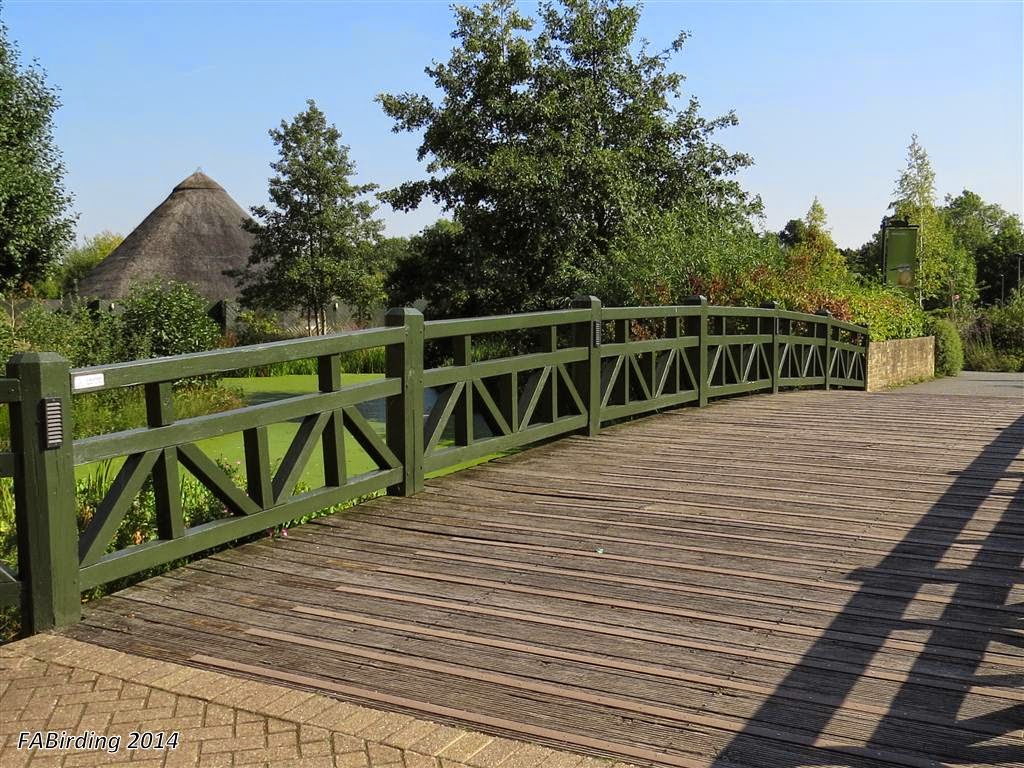 But all too soon it was time to head home via the entrance bridge.  FAB.

Linking to Good Fences hosted by TexWisGirl.
Posted by FAB at 13:23