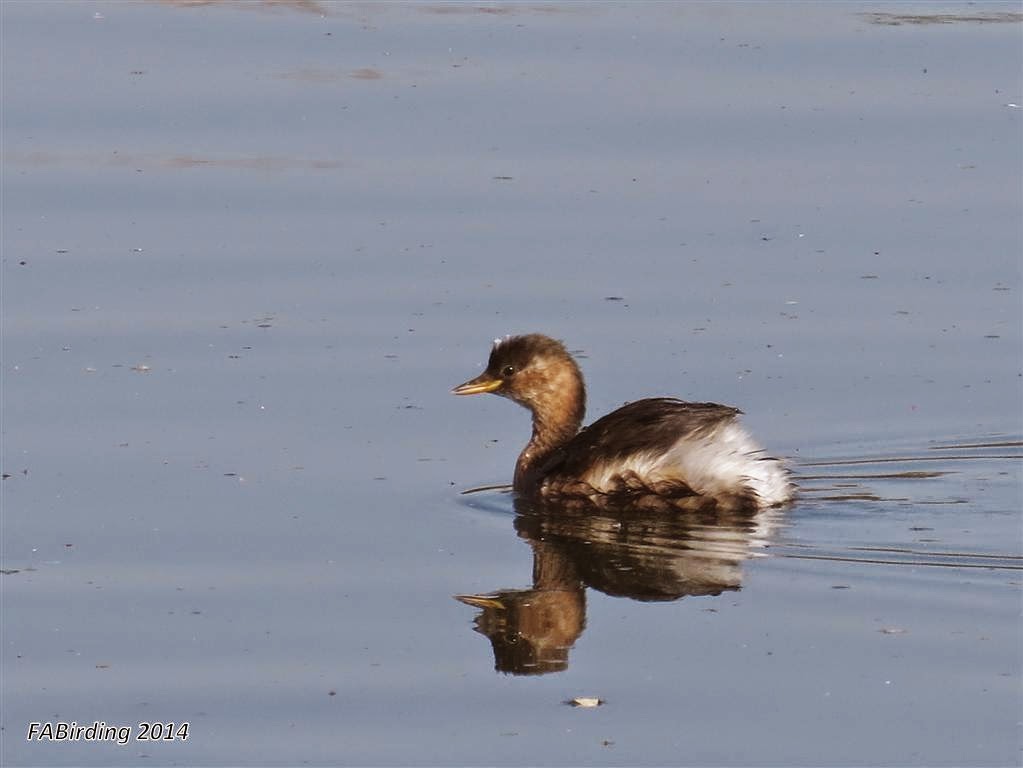 The name 'Dabchick' is synonymous with the Little Grebe (Tachybabtus ruficollis), often described as a shy, small, rounded or dumpy grebe which has a fluffy or 'powder-puff' rear end. 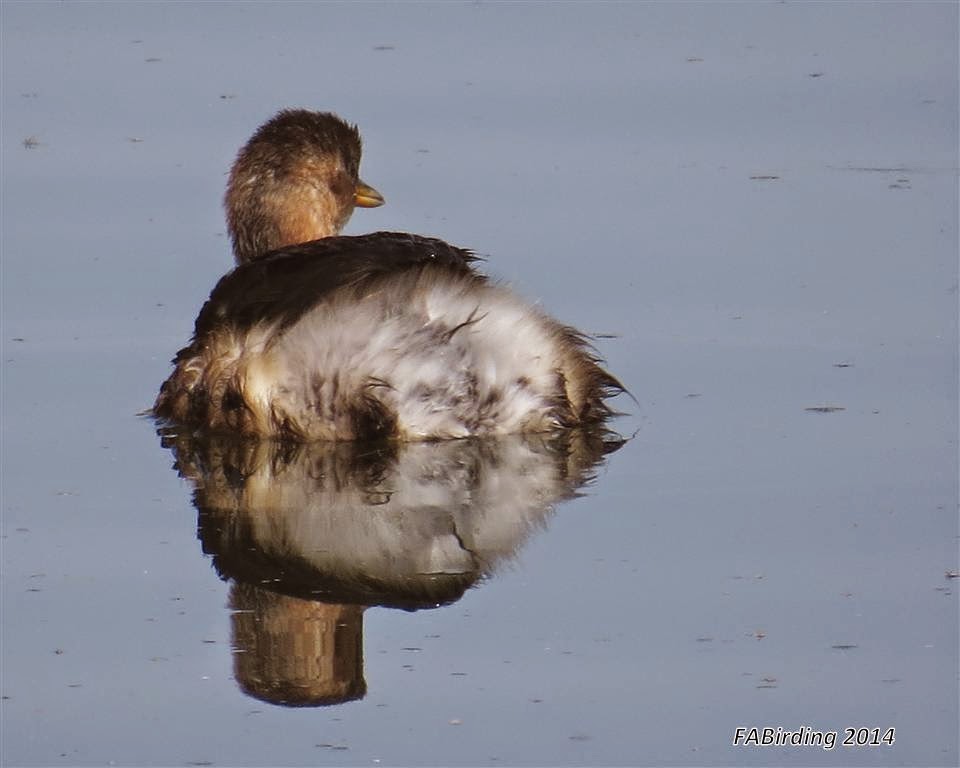 During a visit to the London Wetland Centre at Barnes on Monday we saw several at long distance, constantly diving and often moving further away but eventually located one individual from one of the hides who stayed afloat long enough for a few images. 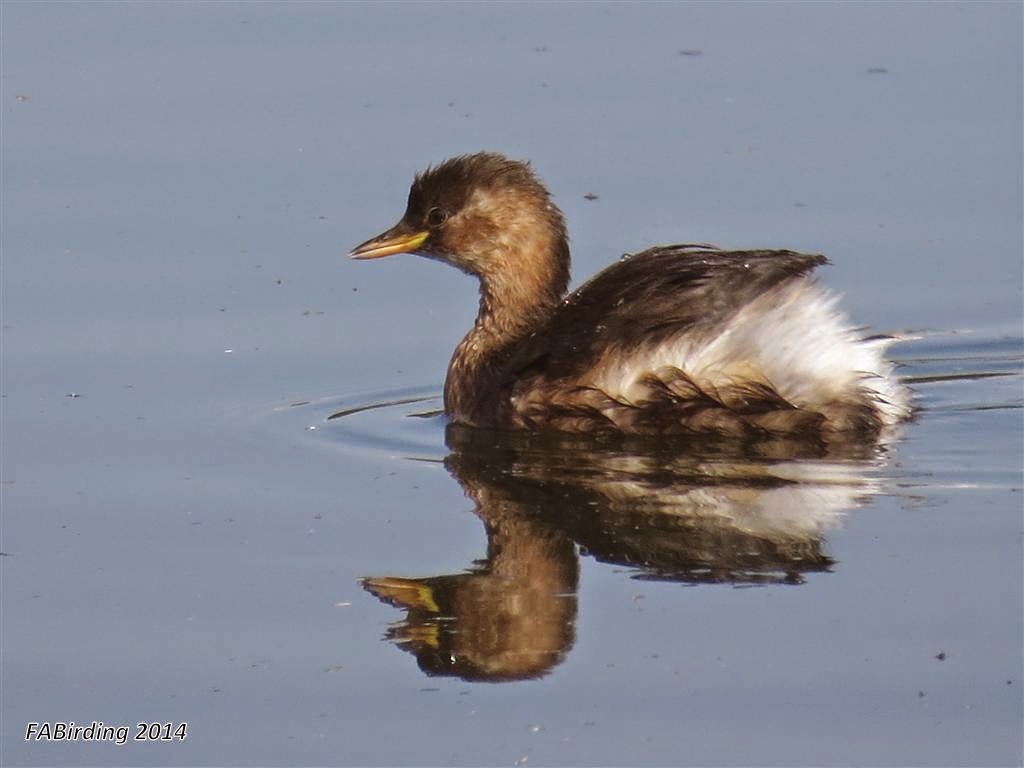 I had to use the digital zoom capabilities of the PowerShot SX50 HS but by using the hide window ledge as a steady I'm fairly pleased with the cropped results. 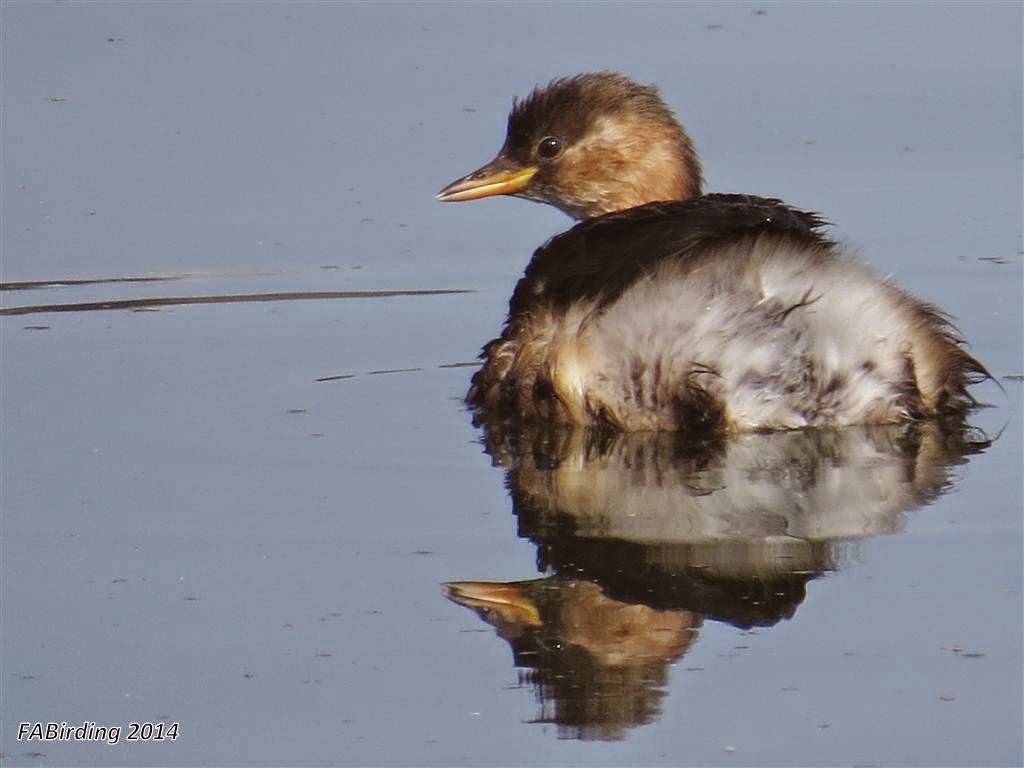 Eventually the bill will darken; the cheeks and foreneck will attain its adult chestnut hue plus the prominent and distinctive pale yellow fleshy gape (see image below taken later in Sept 2010 and in the blog header).  FAB. 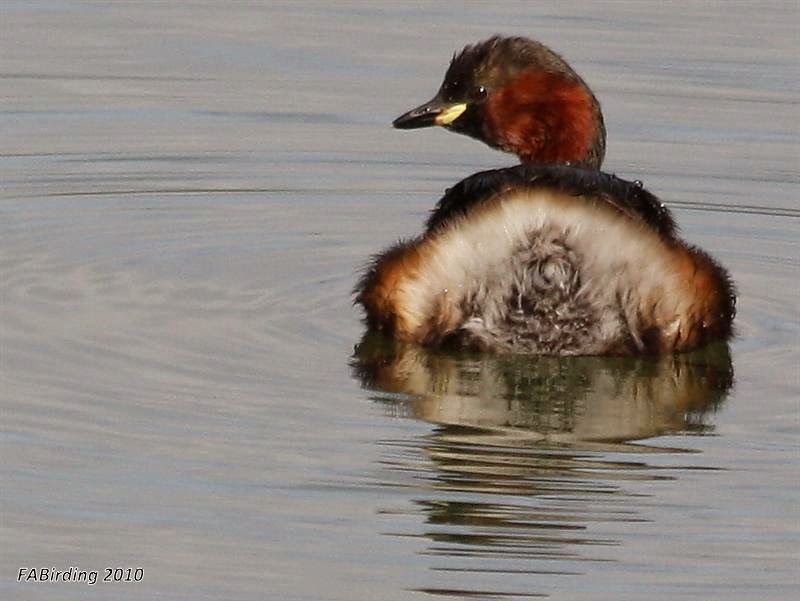 Linking to WILD BIRD WEDNESDAY.
Posted by FAB at 11:41