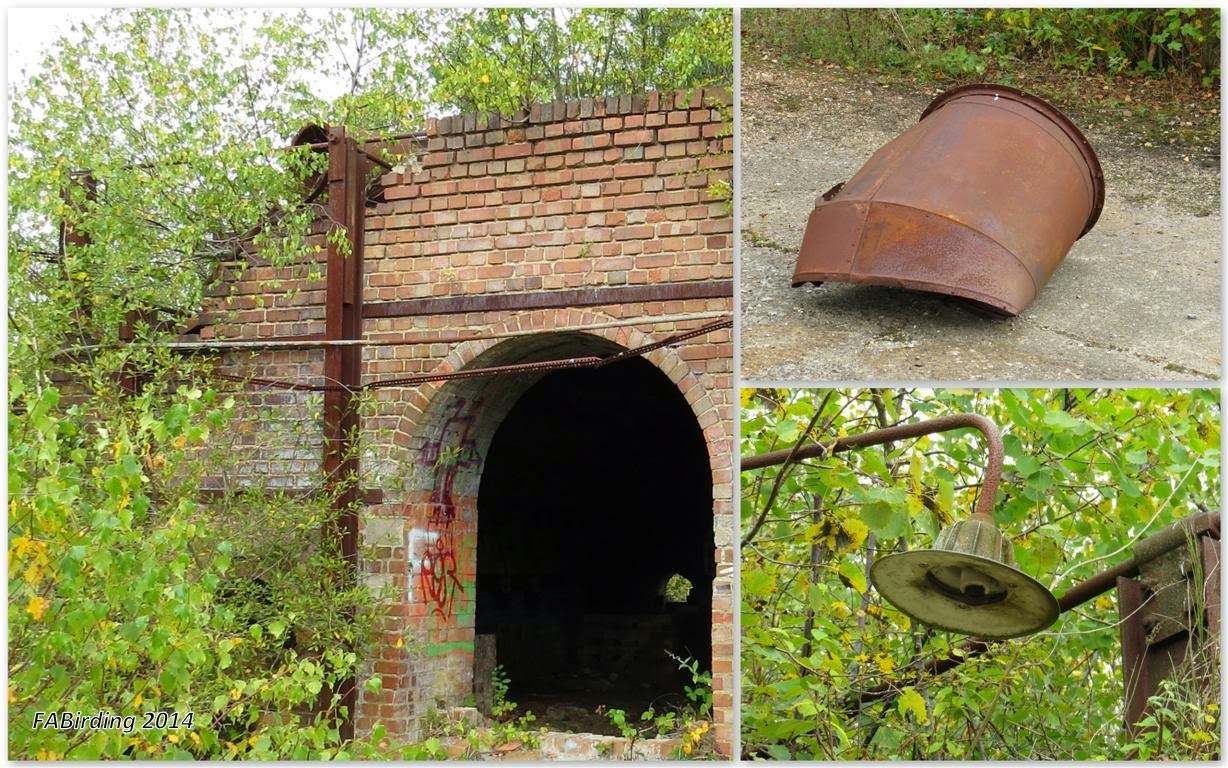 Last month during a butterfly foray I was taken onto a brownfield site that was once a brickworks. Clay extraction started on this site in the 1940's but the works closed in the late 1970's since when nature has been slowly reclaiming the remnants of the factory buildings. On any abandoned site it is not unusual to see some form of immature daubed scribbling but I wasn't prepared for the sight that greeted me after negotiating through the lush green birch trees that now screen much of this derelict site. 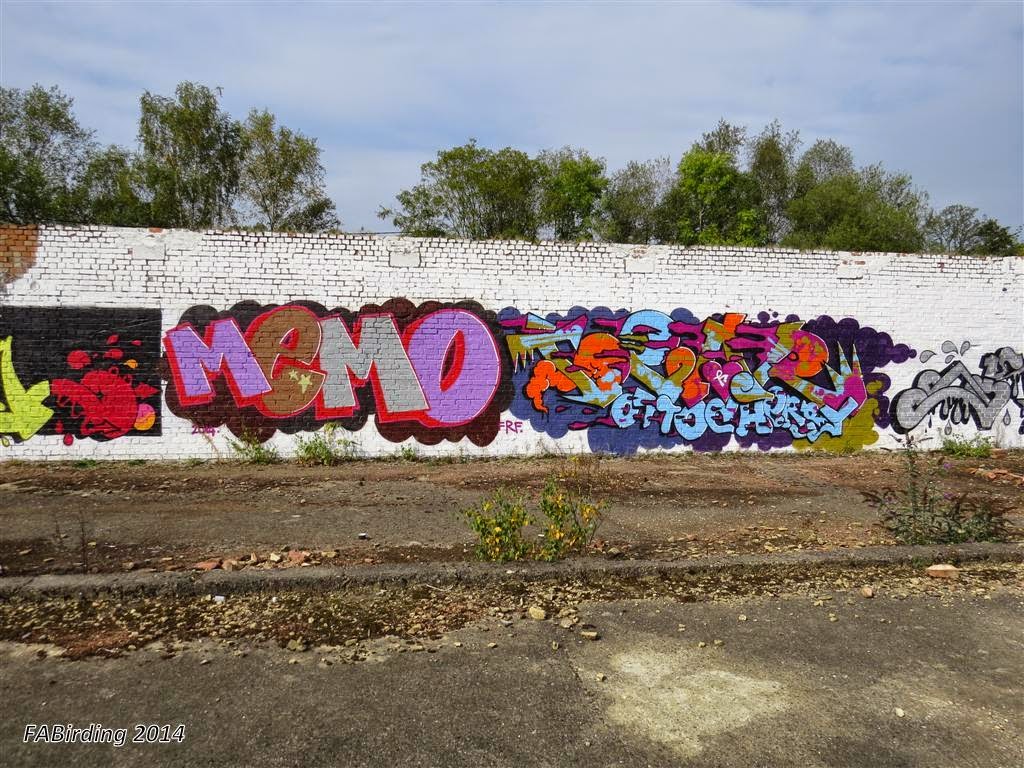 In 2004 the main factory roof collapsed and diggers were brought in to clear the wreckage, thus opening for the first time large areas of the site, and almost every space on the remaining brick walls had become a canvas for graffitists who have covered them in bright murals and tags. 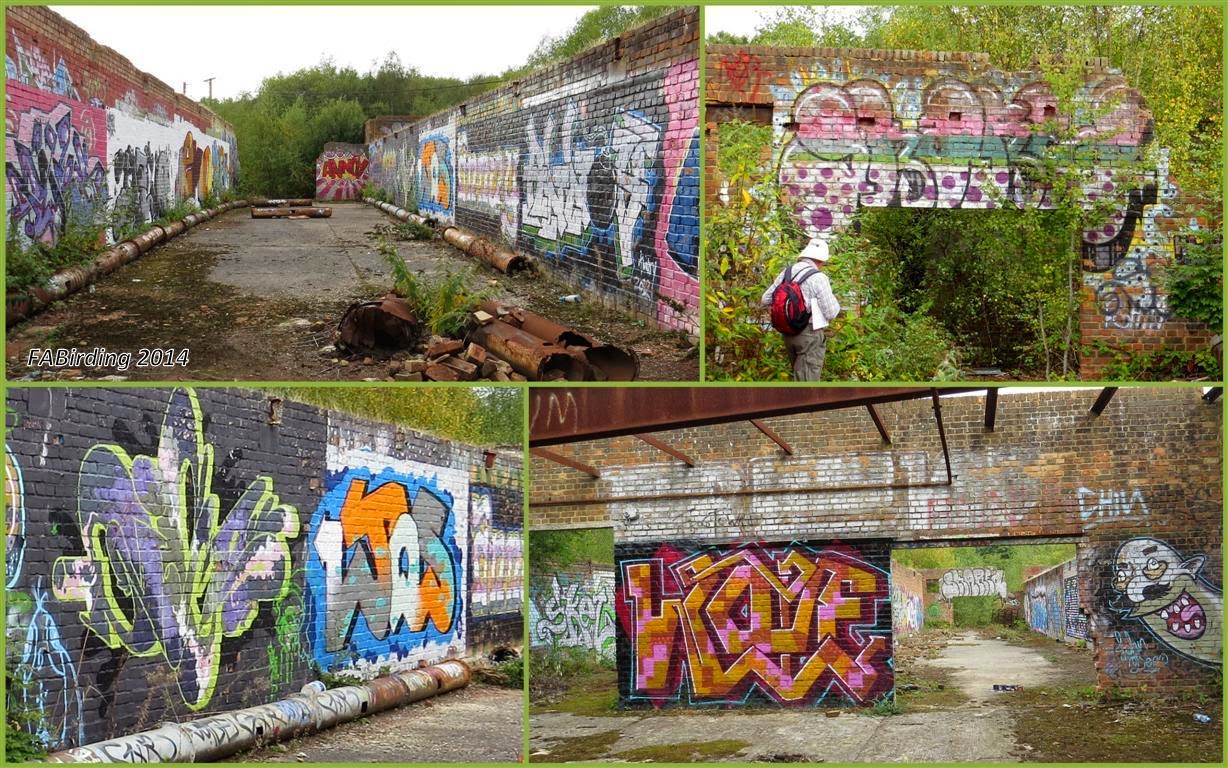 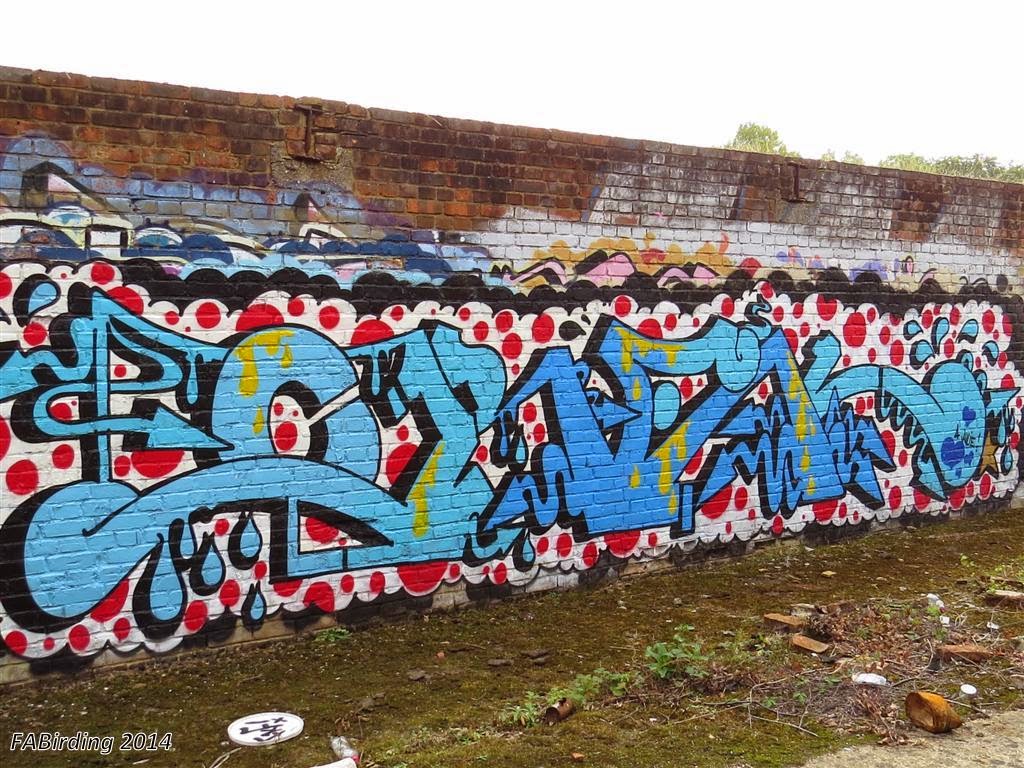 I can't say that I am a particular fan of graffiti art, but many of these are pretty special; whole walls covered with colourful artwork which must have taken hours to complete. 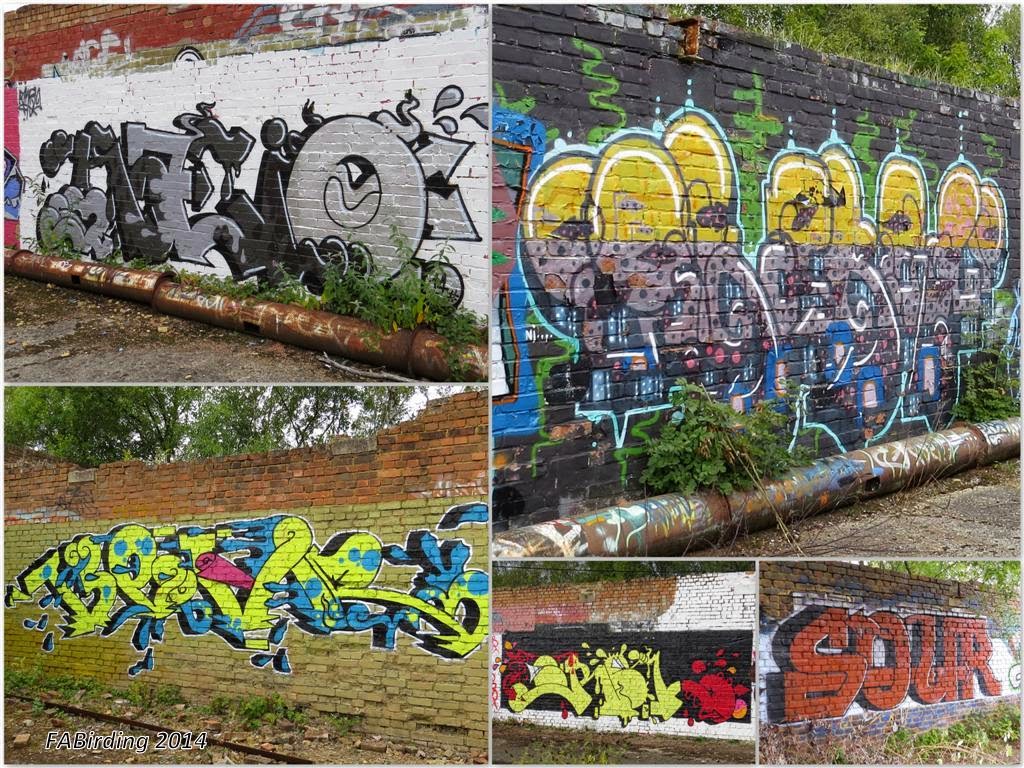 Graffiti is still a form of vandalism although many consider the 'wildstyle' form containing the calligraphic writing style of interlocking letters etc. to be art. This derelict and hidden away site has now become decorated with a varied mixture of styles including tags, throw ups and more elaborate pieces. 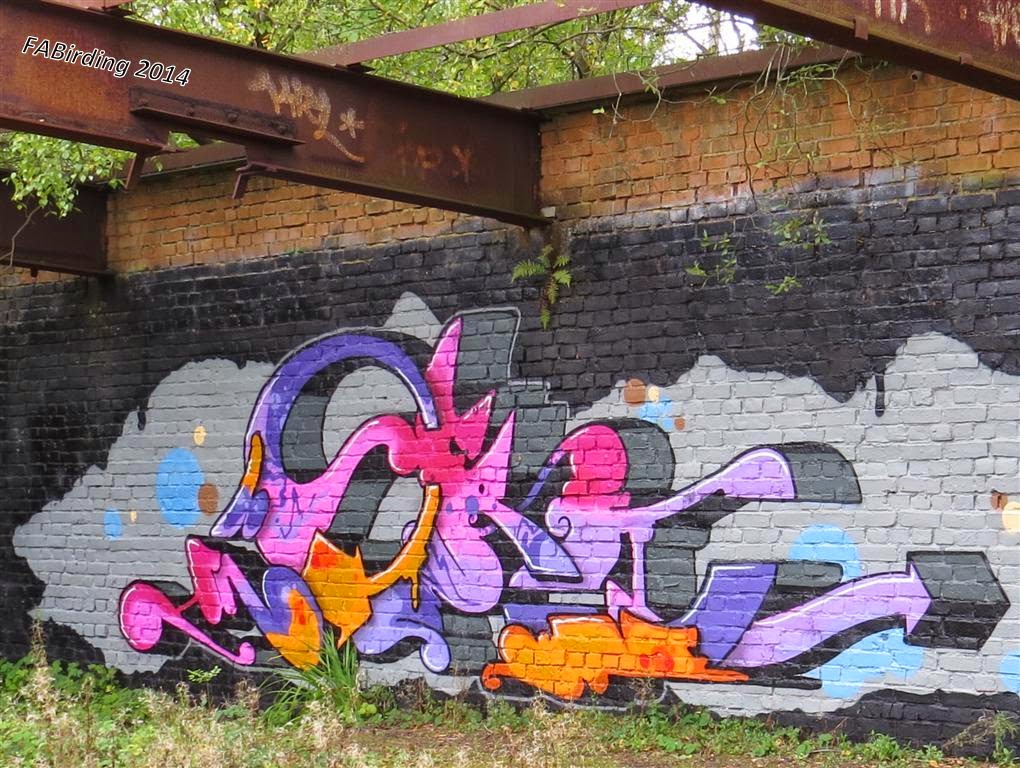 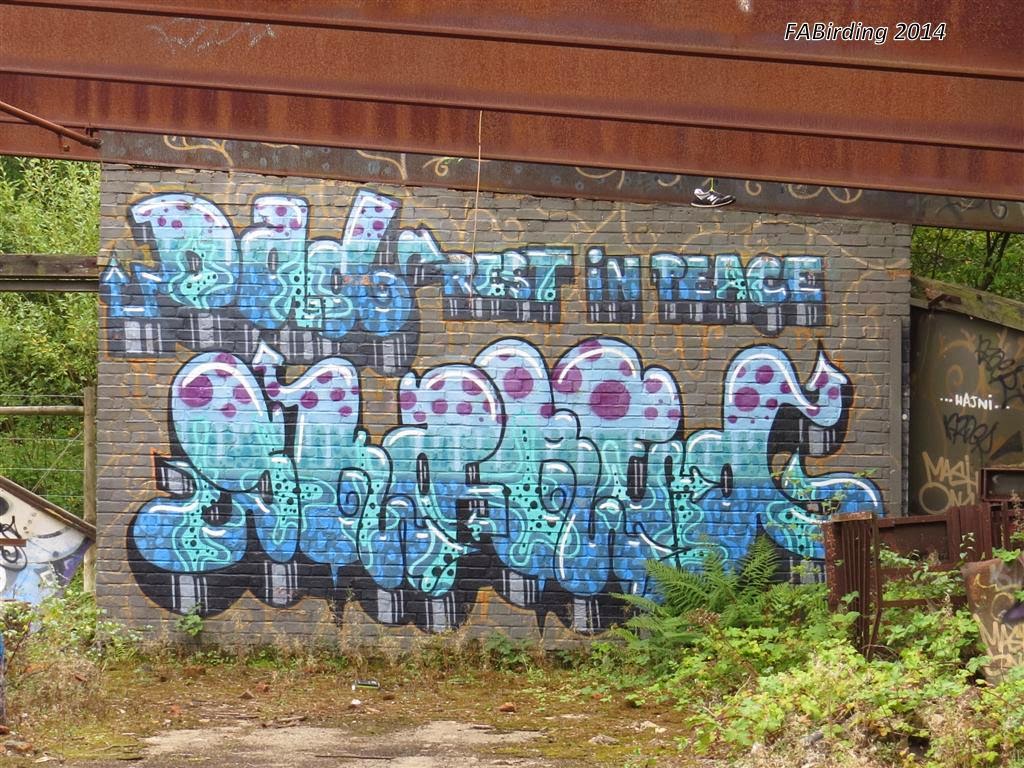 So whether you consider it vandalism or art I certainly had to admire the artistic ingenuity and thought that went into some of these creations. FAB.
Posted by FAB at 20:43

Email ThisBlogThis!Share to TwitterShare to FacebookShare to Pinterest
Labels: Grafitti