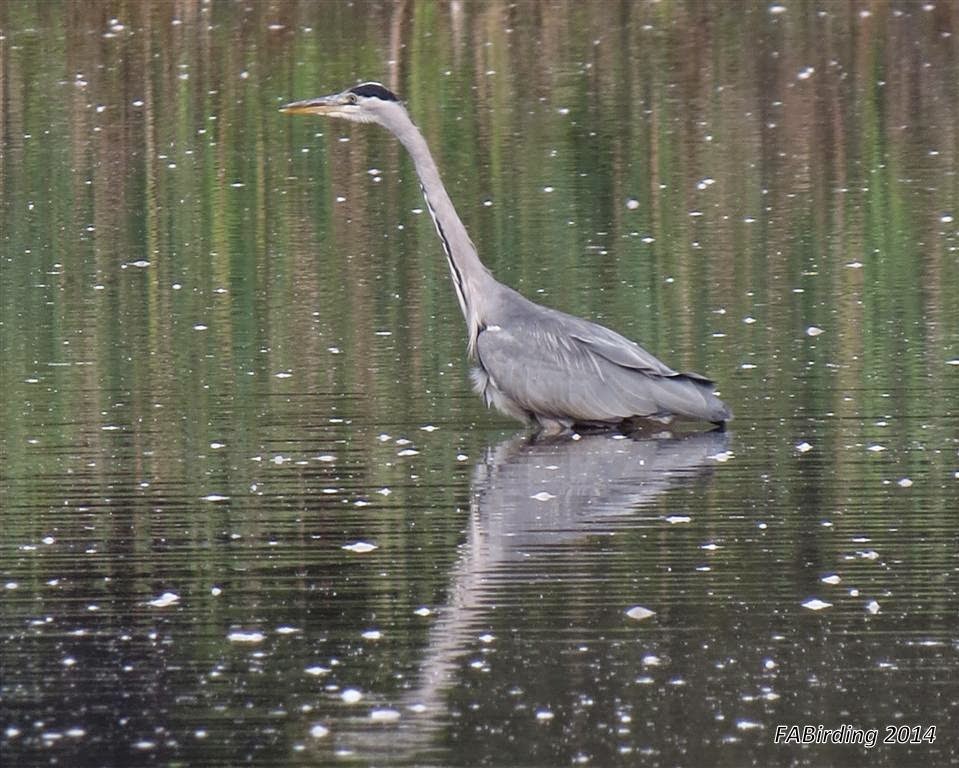 My patch walk today at Epsom Common was fairly quiet bird wise. Two Grey Herons on the Great Pond; one hiding in the margins and one (above) slowly wandering out into the open water.

Also logged the usual Mallard and Moorhen. At least four juvenile Chiffchaff were seen flitting through the waterside willows gleaning insects plus Robin and Blue Tit in the woods. Out on the grassland I saw the usual corvids; Carrion Crow, Jackdaw, Magpie plus several Jays and disturbed a noisy Green Woodpecker while watching a Kestrel being harassed by two Crows. Three House Martins were also busily chasing insects high overhead. 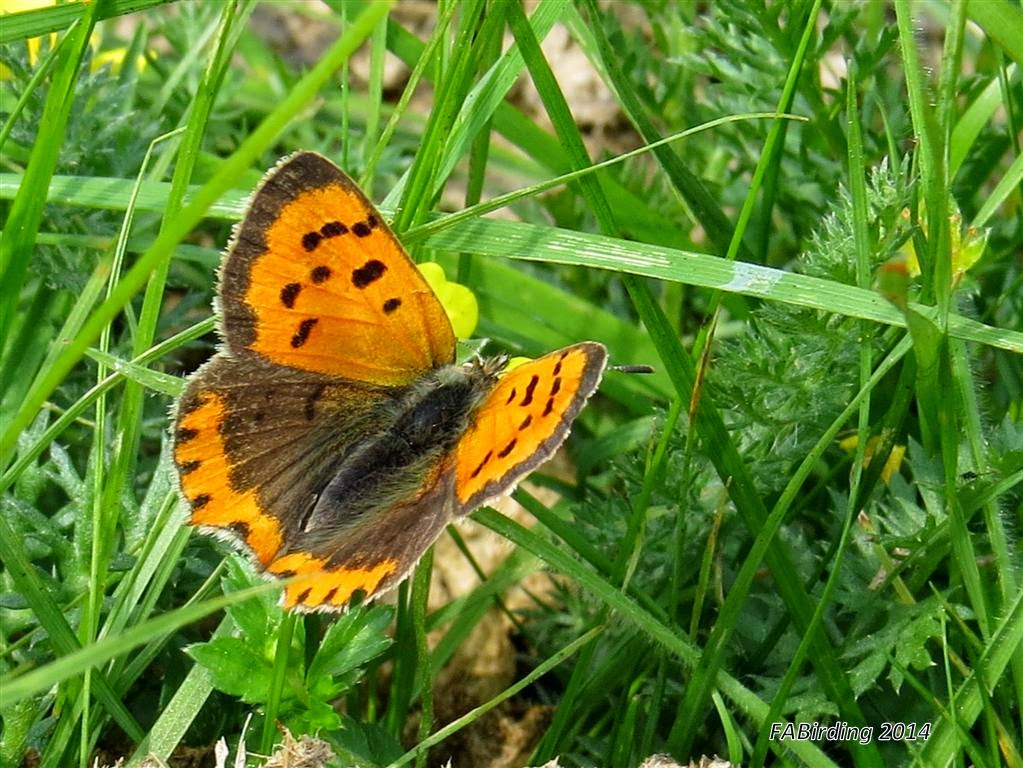 Apart from a few Speckled Woods on the wing I located several Small Copper (Lycaena phlaeas). These very tiny but delightful flutters were initially very mobile but I eventually located one at rest in an area that had recently been frequented by the cattle that are drafted in every summer to help manage this habitat. Fortunately they have now departed but evidence of their prior activities is everywhere! 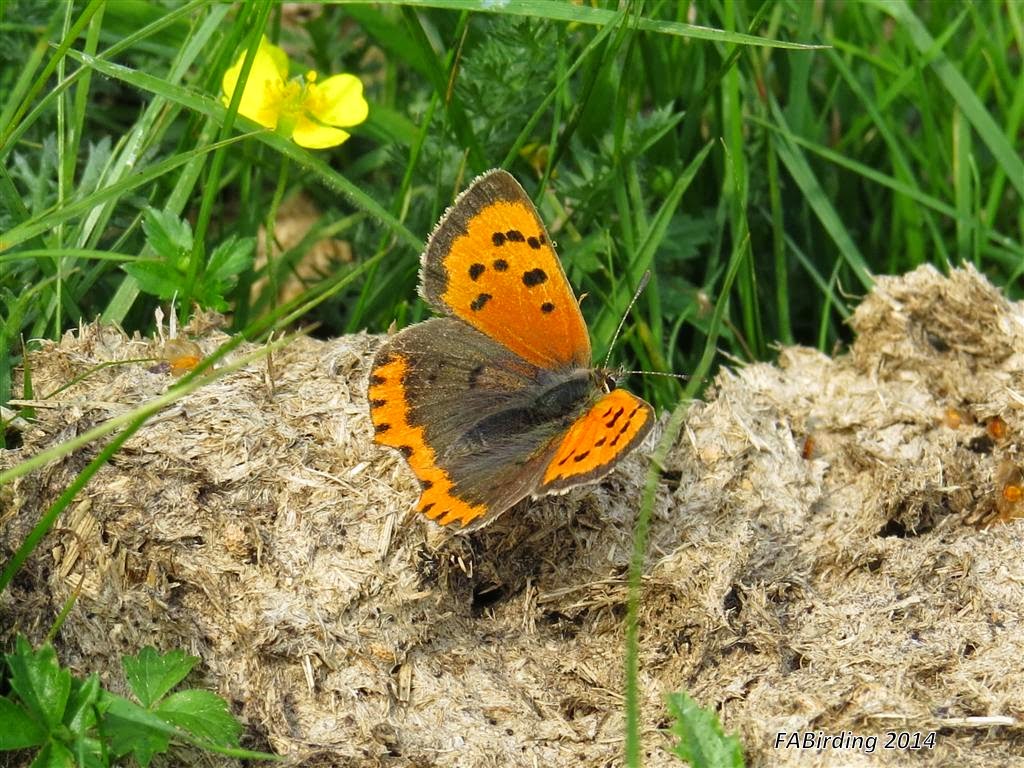 While photographing this individual (above) and trying to be careful where I knelt I noticed another brighter specimen close by with slightly different markings. 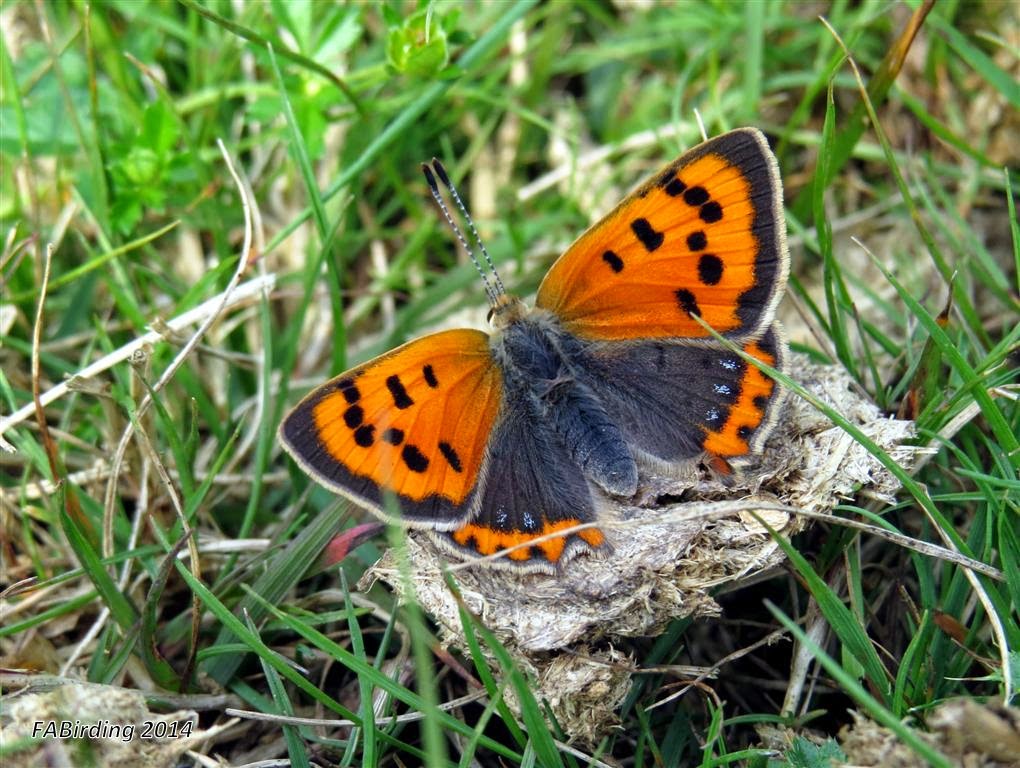 The very distinctive row of blue spots on the hindwing indicate that this is the fairly common variation known as caeruleopunctata. 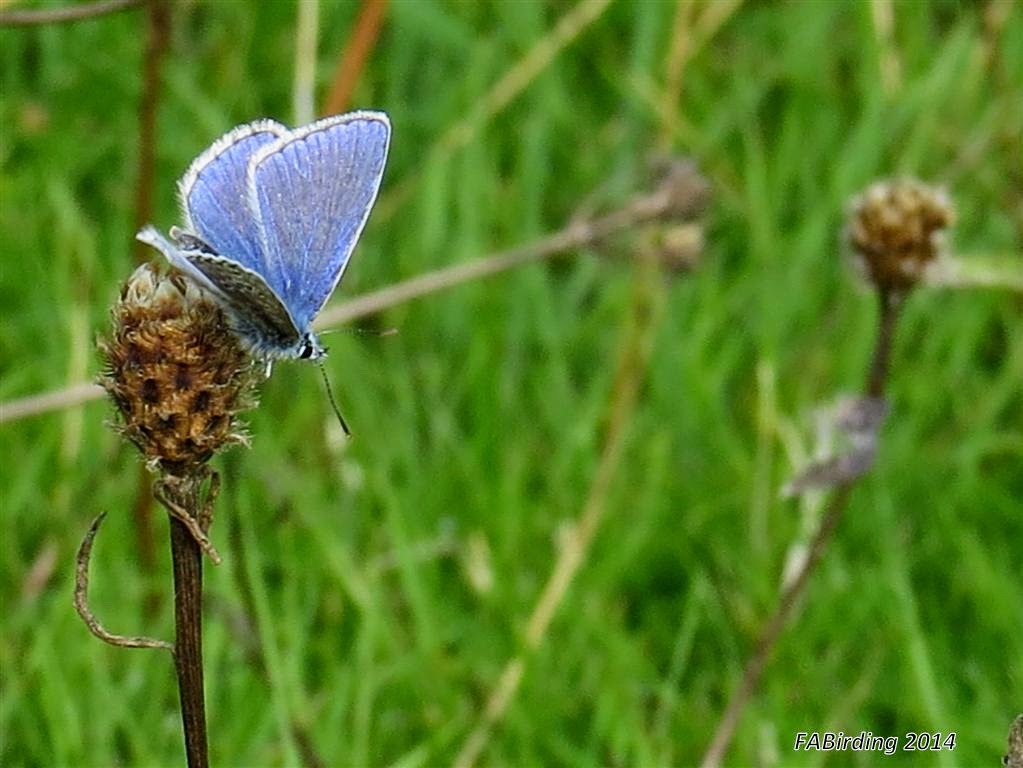 The only other butterfly seen was a solitary Common Blue (Polyommatus icarus) that was extremely evasive as it searched constantly for nectar over a wide area with very few sources still in flower.  FAB.