Early on Thursday morning I spent a couple of hours wandering across the chalk heath and downland at Headley in the hope of adding a few species to my photo album for this season before joining an pre-planned Butterfly Conservation fieldtrip around this National Trust site. 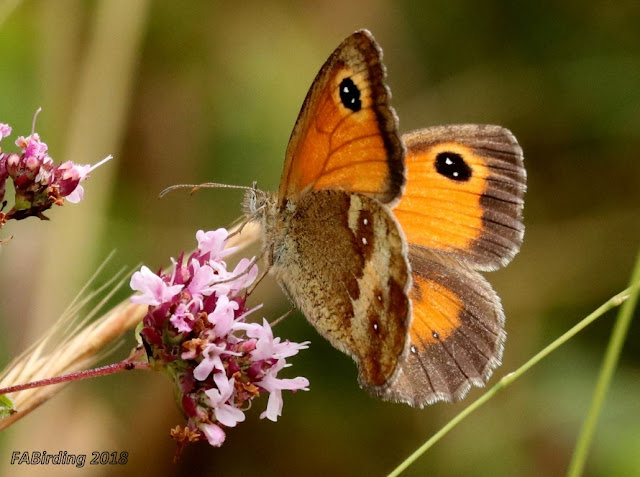 Not unsurprisingly the most numerous species were the Gatekeeper (above) and Brown Argus (below) frantically nectaring everywhere I trod. 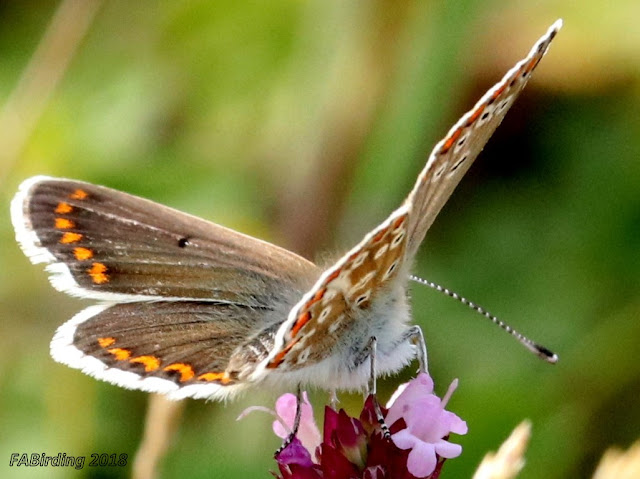 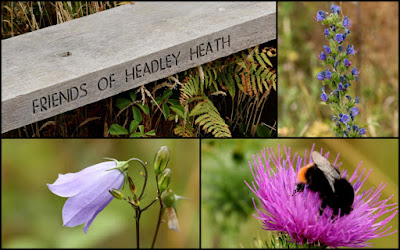 Not initially finding any of my target species I decided to sit awhile at a convenient spot and just soak up the atmosphere and monitor the comings and goings and nearby I spotted a couple of moths. 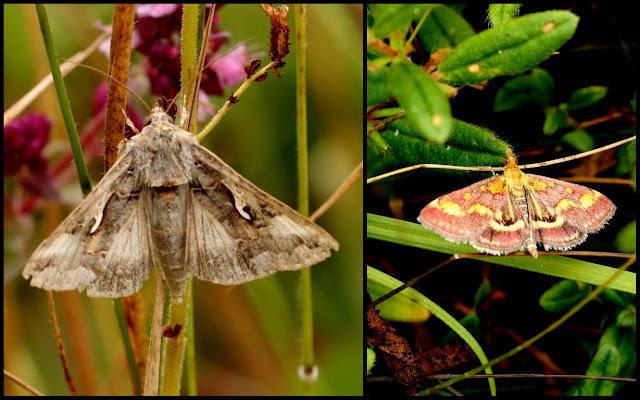 A Silver-Y and a Common Purple and Gold (Mint Moth). 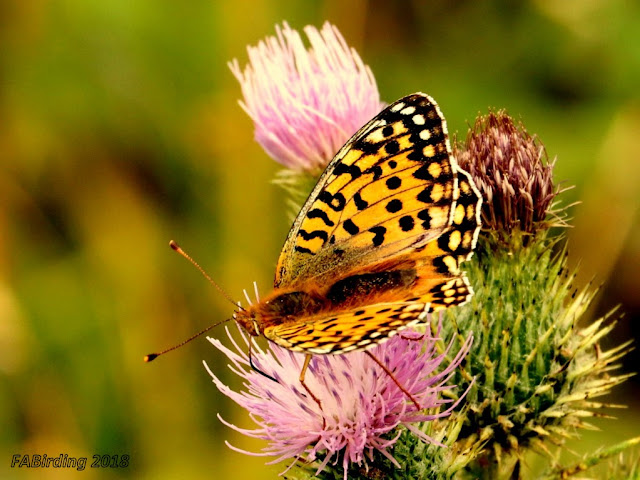 As the temperature started to rise there was a marked increase in aerial activity and whilst I had seen Dark Green Fritillary at another site earlier this month I had not previously managed to grab any images so finding a female briefly perched was a bonus. I also saw two others, probably males, flying strongly across the hillside. 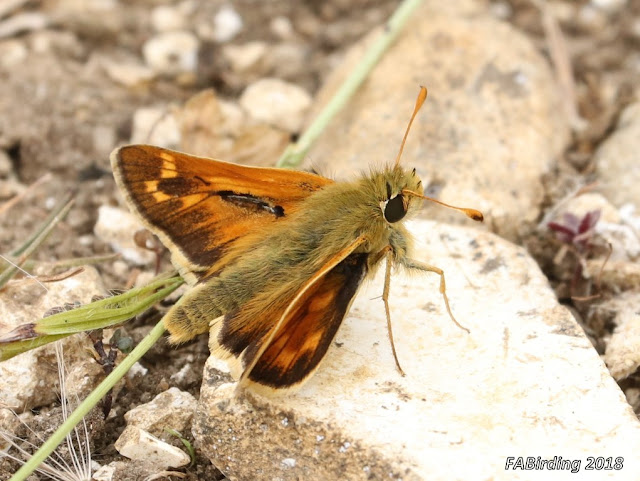 A few minutes later I located the species I was hoping to find, the rare Silver-spotted Skipper (Hesperia comma). 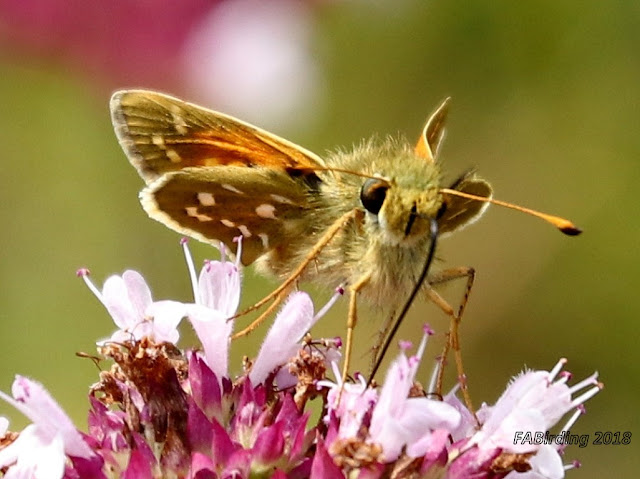 At around midday I was joined by the large group of BC members on this section of open hillside where a few more Silver-spotted were seen. 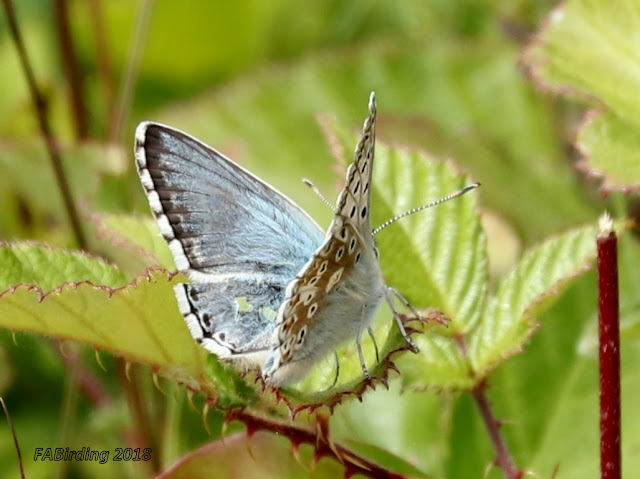 A male Chalkhill Blue (Lysandra coridon) was another first for me for 2018. 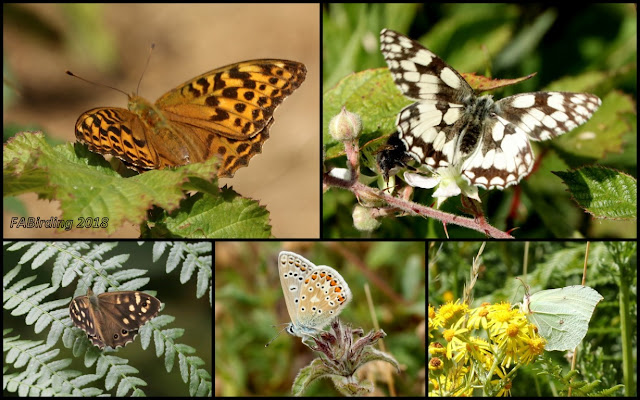 Above are just a few of the other species logged during our walk, including Silver-washed Fritillary, Marbled White, Speckled Wood, Common Blue and Brimstone. 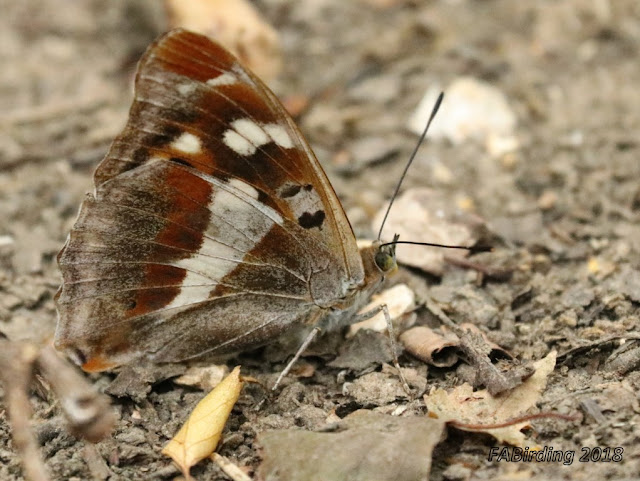