I took a late morning stroll on Epsom Common yesterday in hot, muggy conditions hoping to grab some more butterfly images but instead came home with something entirely different. 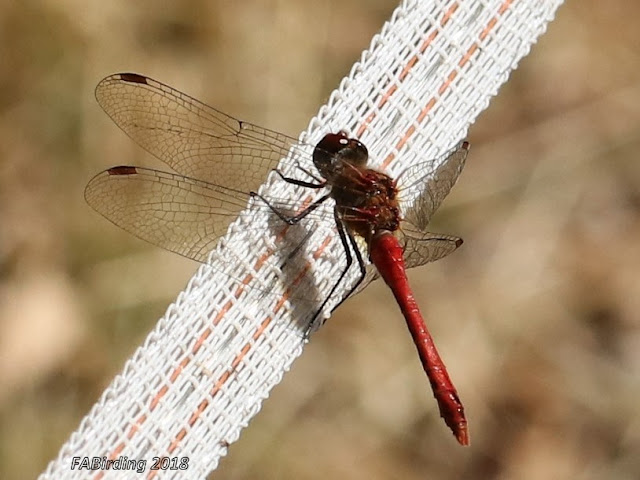 A male Ruddy Darter (Sympetrum sanguineum) decided to land on a strand of the electric fencing, erected to isolate the Belted Galloway that are used for habitat management, without any ill effect. Now if I had touched it there would have been at least a few unforgettable tingles!! 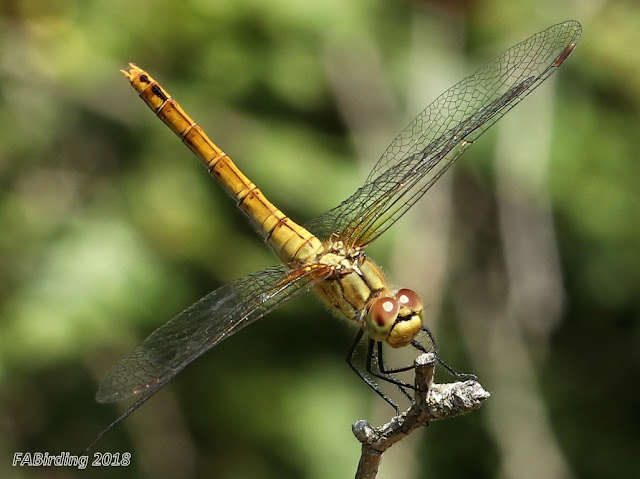 The male didn't hang around for any close-ups but I found a female that was far more cooperative. 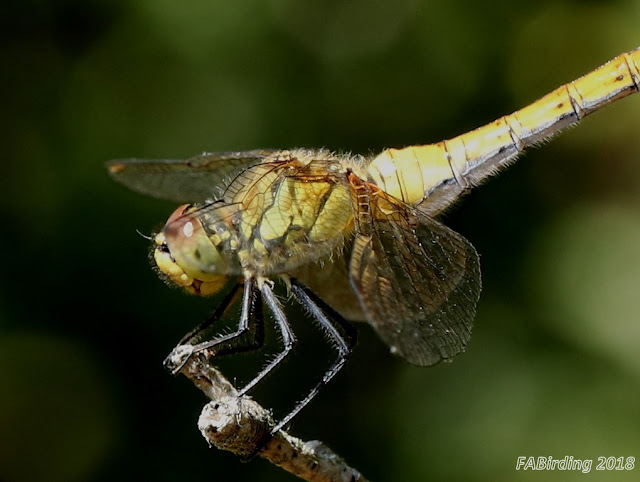 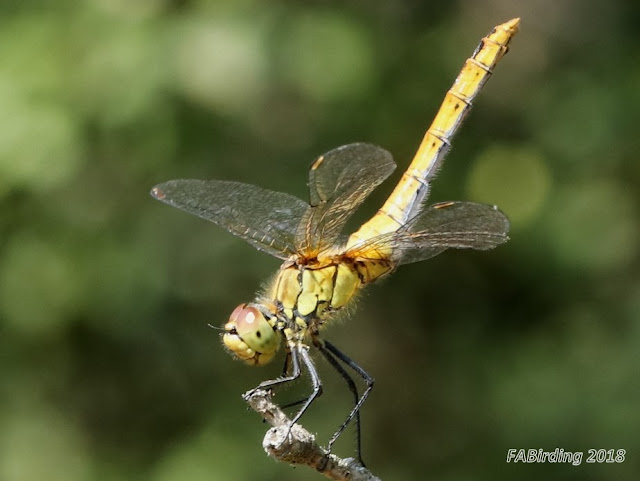 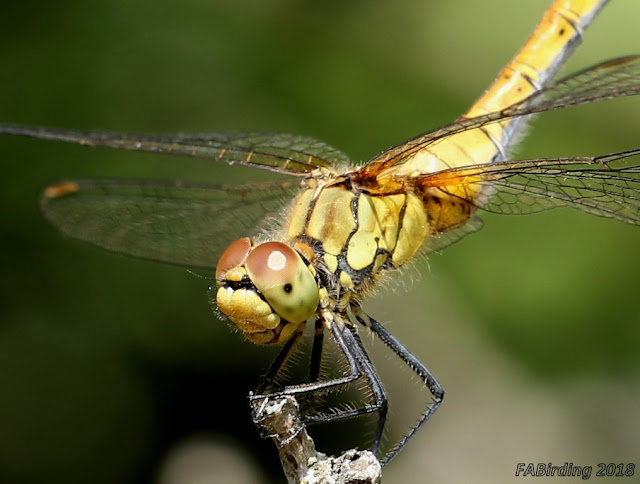