A few images of species seen during my winter birding forays. 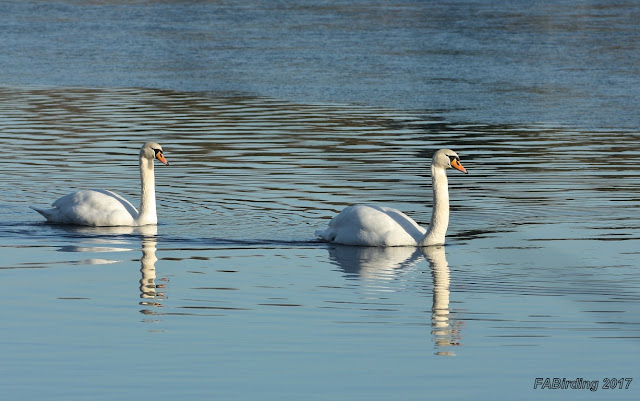 A reflective pair of Mute Swans on a very cold January day at Frensham Little Pond on the only ice free patch of water. 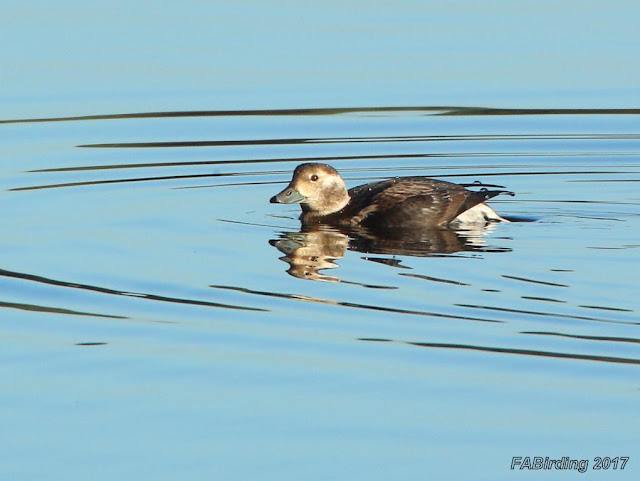 On the same January day a rare inland Surrey sighting was this juvenile Long-tailed Duck that spent some weeks at Frensham Great and Little Pond. 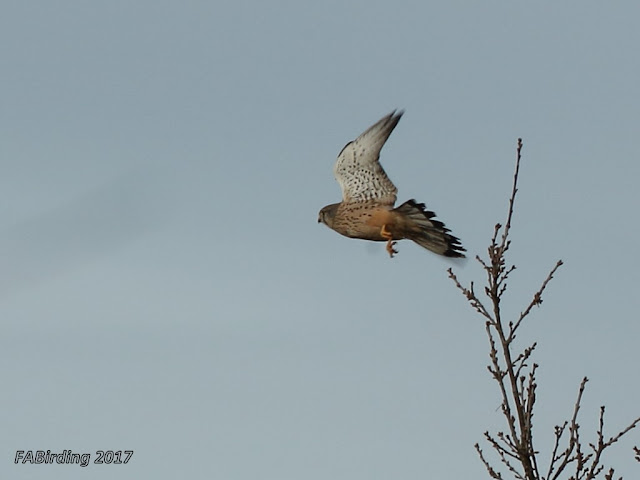 A Kestrel just taking off. A resident and regular sighting on my local patch. 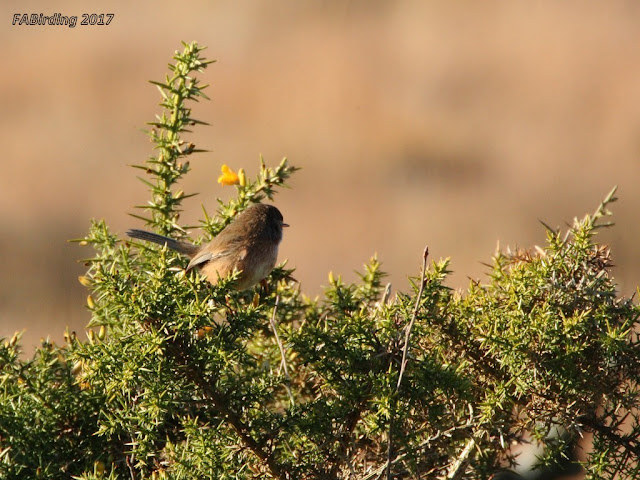 On a sunnier day in January a record shot of a Dartford Warbler, a resident breeder on Thursley Common. This species appears to have fared well this winter. 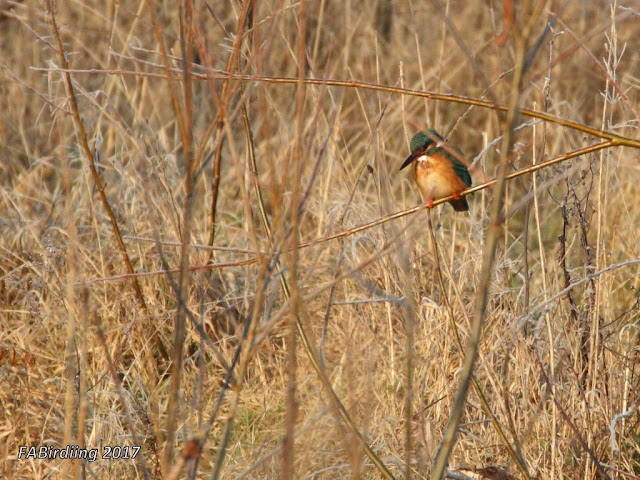 A Kingfisher seen at Tices Meadows in February seeking food from a very small stream when most of the main water areas were frozen. 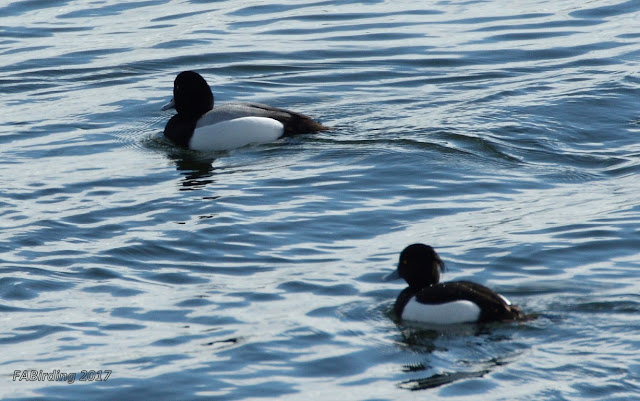 A trip to Staines Reservoir in early March produced this record image of a long staying male Scaup (top left) in the company of Tufted Ducks ..... 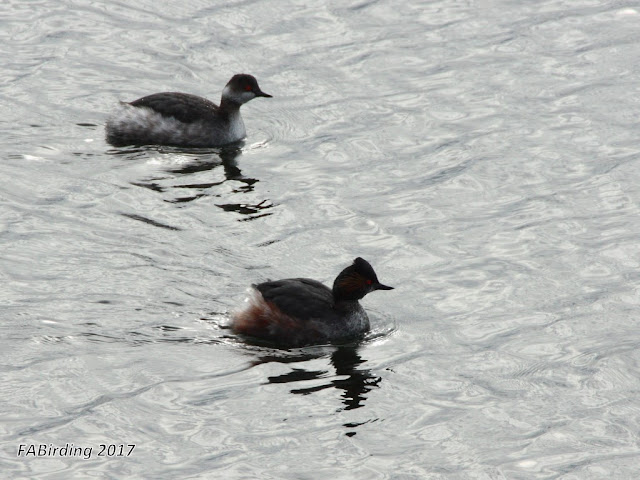 ... and during the same visit several Black-necked Grebes in various plumage's. 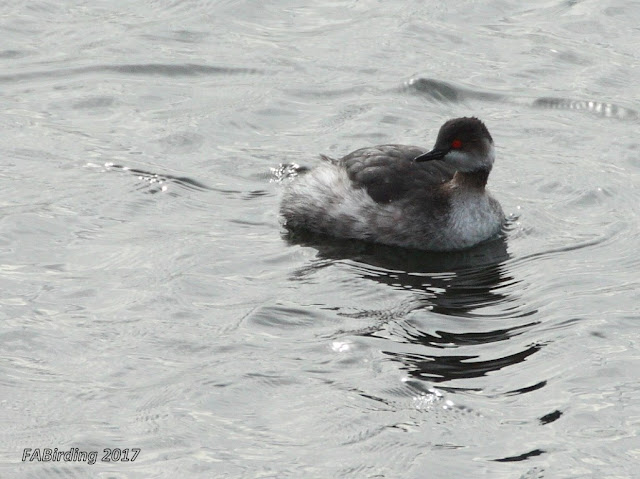 Finally, my favourite winter goose, the Dark-bellied Brent. Just one of a few thousand seen around Langstone Harbour earlier this month. 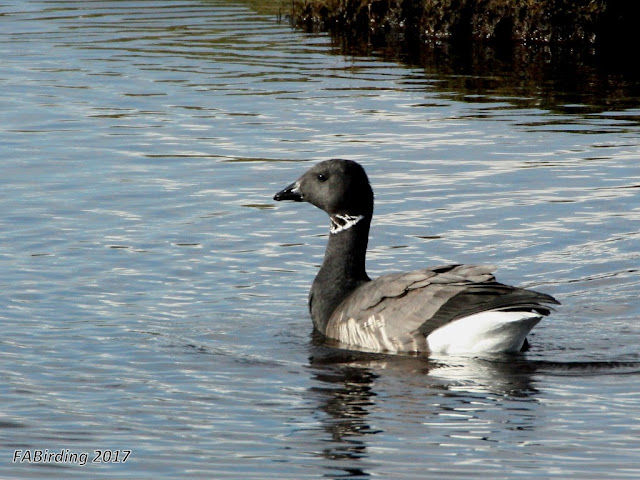