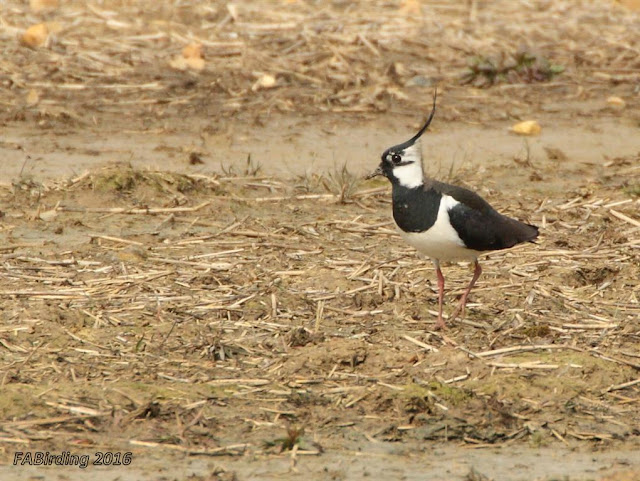 For the last five years I have regularly recorded the arrival of small numbers of [Northern] Lapwing (Vanellus vanellus) during mid February on the stubble fields at Rushett Farm. The highest number logged was last year when there were 17 individuals but today I only noted 7 birds and had to wait very patiently for an individual to venture within the scope of my lens as it searched for insects on the sodden ground. 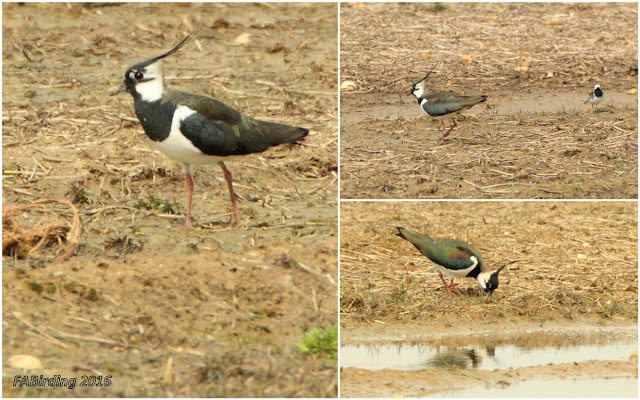 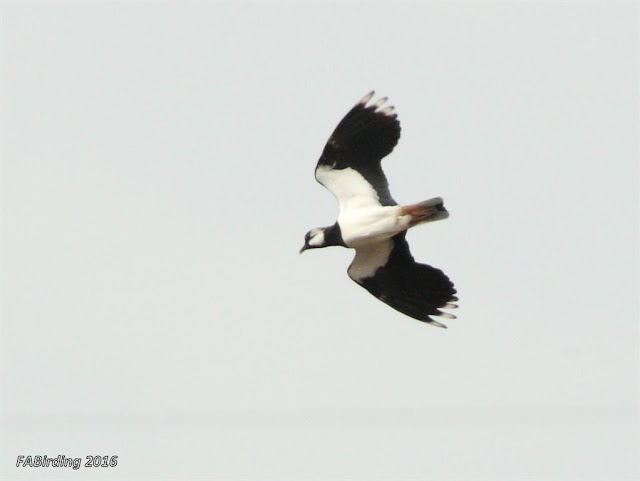 Most of the time the birds were in the air, flying low over the field, but occasionally they ventured much higher providing an opportunity to watch their highly acrobatic, tumbling display accompanied by their continuous bubbling, wheezy flight calls hence its common name 'Peewit'. 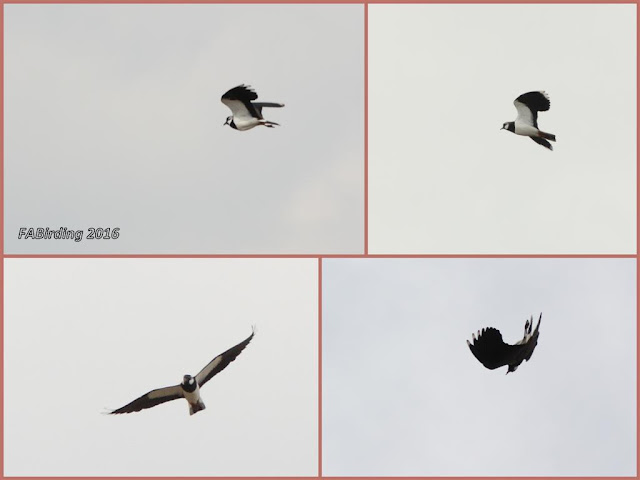 This is another species on the UK RED list due to the recent trend of breeding and population decline (1981-2015) with its European conservation status considered 'vulnerable' and globally as 'near threatened'. 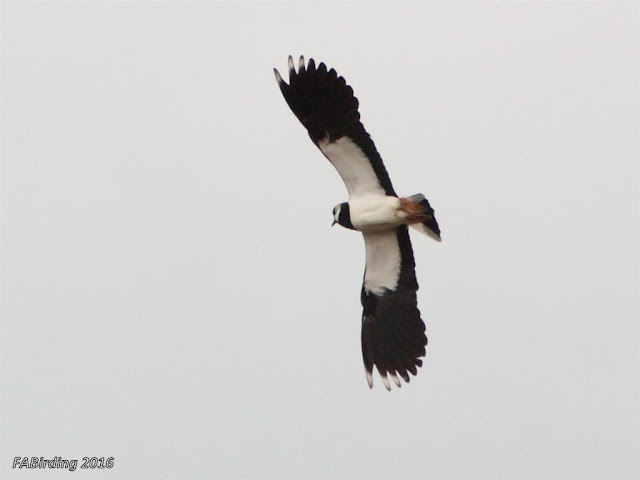