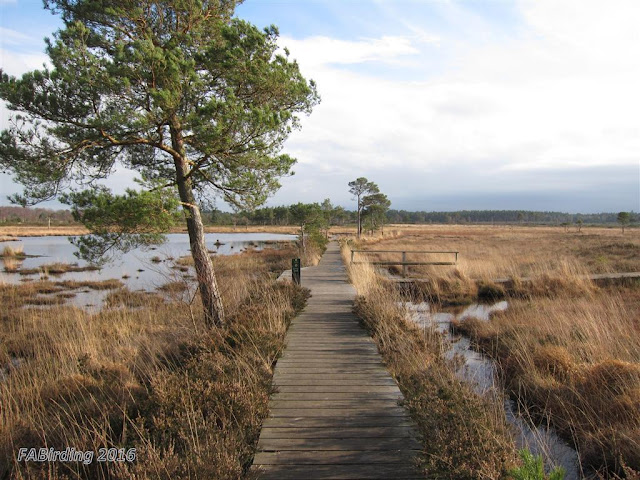 During the past few weeks I have enjoyed several visits to Thursley Common under both sunny and cloudy skies. So here are a few images taken while I have been  treading the boardwalks and tracks in search of the local wildlife. 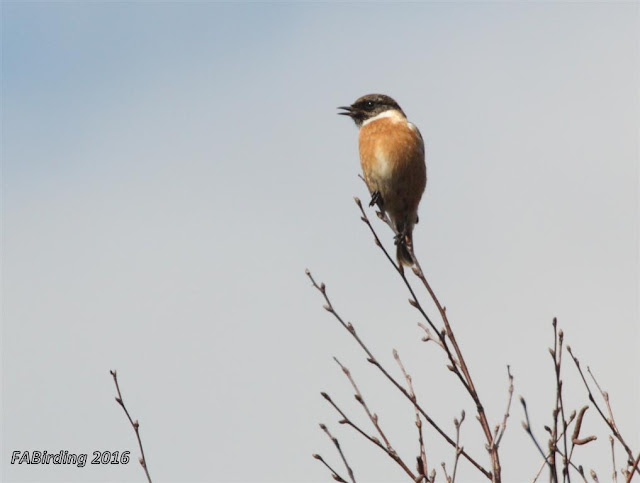 More often than not the first bird I usually encounter is a male Stonechat singing from atop a young Birch.

The main boardwalk allows access across the wettest part of the site towards 'Pine Island' where there is often something sitting atop the tallest branches ... on this visit it was a Kestrel. In a few weeks time photographers will line the boardwalk hoping to get that special shot of a Hobby hawking prey over the main pool. 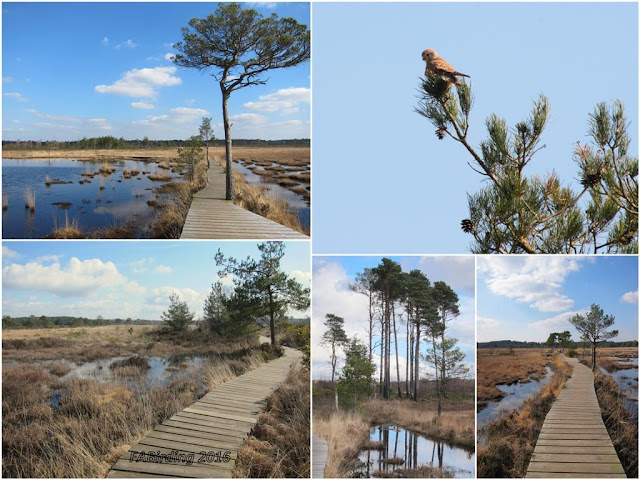 The shorter section of boardwalk below leads towards 'Shrike Hill' and it is here that I look for a dark, long-tailed warbler with a red eye .... 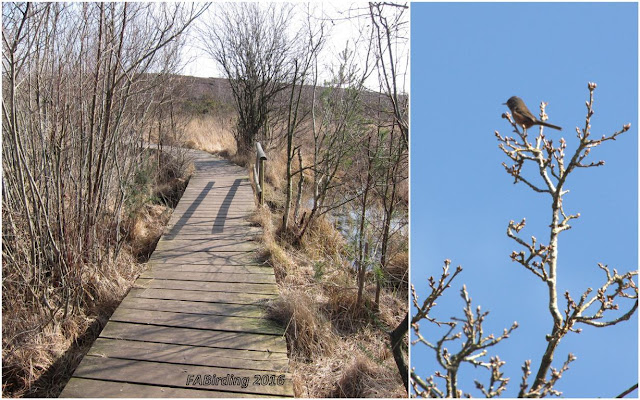 while also listening out for its very distinctive scratchy, mechanical song.

Occasionally I get a brief glimpse of a Dartford Warbler (Sylvia undata) one of the special residents of this lowland heathland habitat. This species is dependent on mature dry heath with gorse in good condition in order to survive cold, harsh winters. The UK population crashed to a few pairs in the 1960's but it has fortunately bounced back although several fires on the common and very wet, cold winters in recent years have not helped but it is very pleasing now to see decent numbers in various locations around this site. 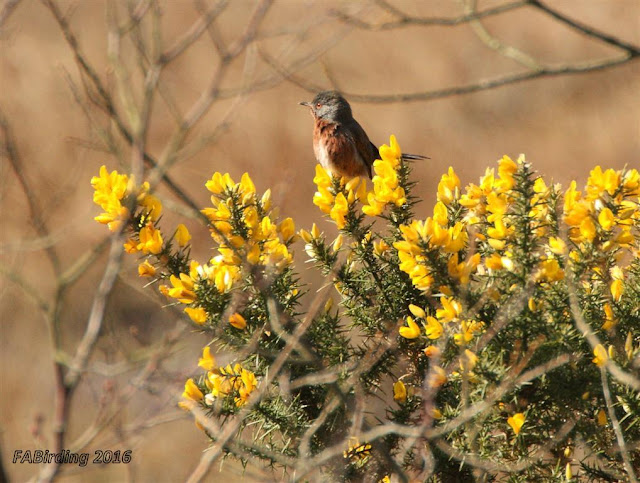 Certainly not a bird that is easy to get close to without an extremely long lens, hence this cropped shot! 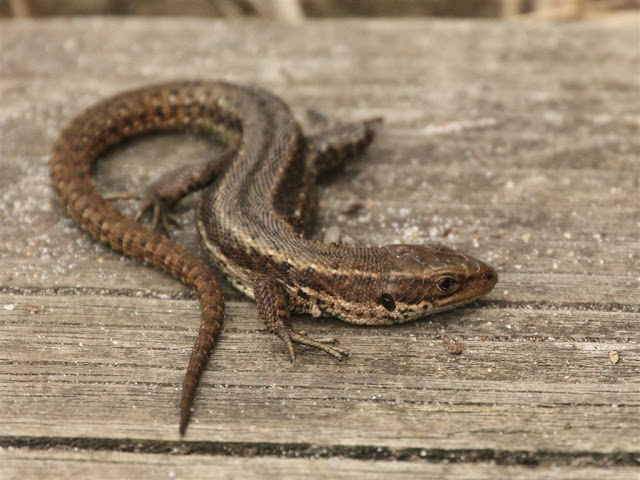 Despite the chilly weather there were one or two hardy Common Lizard sunbathing on the boardwalk and well camouflaged amongst the dried grasses nearby a female Mallard was resting. 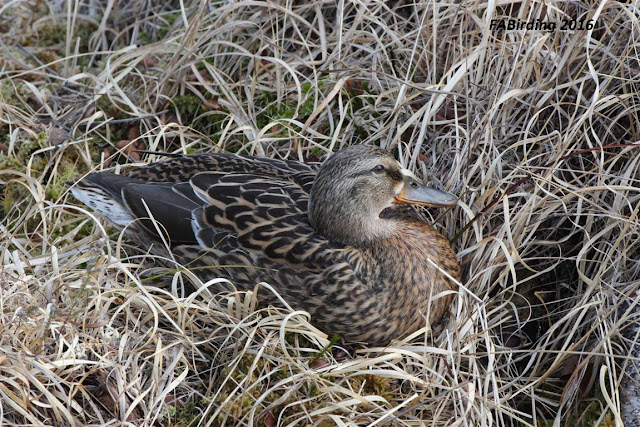 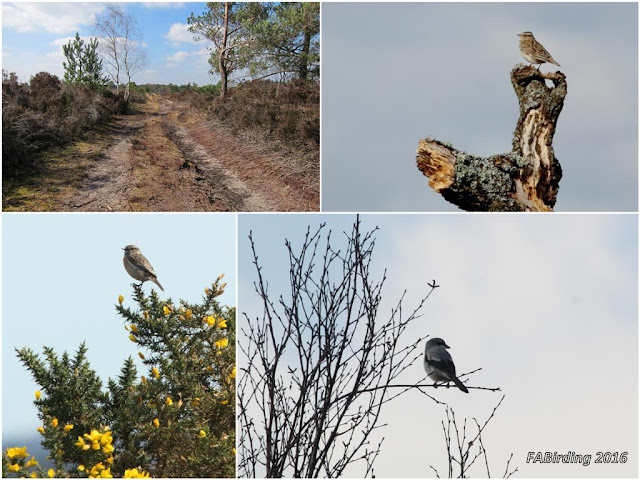 Heading out onto the tracks across the open heath provided views of Woodlark, more Stonechats and a brief encounter with one of the two Great Grey Shrikes that have been overwintering here. Their tendency to roam widely for food means they can turn up anywhere on the common although the aptly named 'Shrike Hill' is generally the best place to find them. 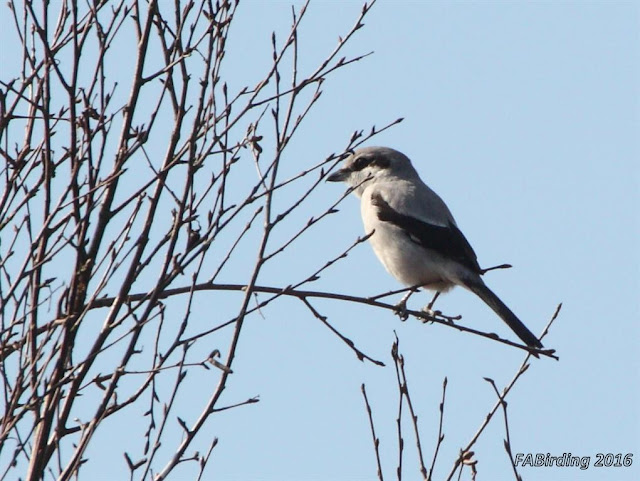 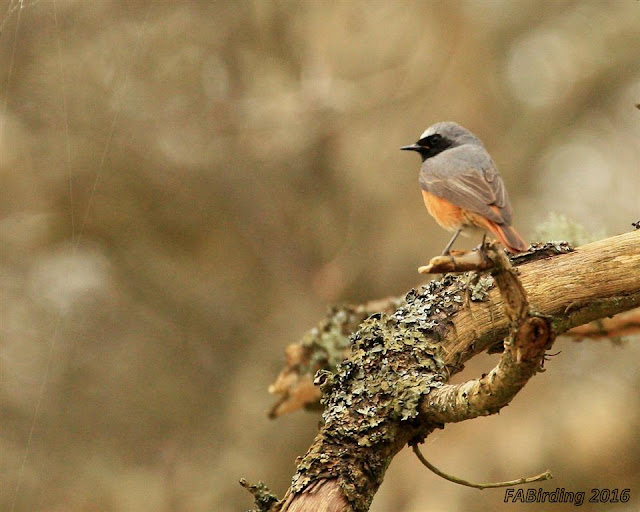 A detour to a patch of deciduous woodland rewards me with sightings of a recently arrived male Common Redstart (above) plus views of Nuthatch, Treecreeper, Chiffchaff, Willow Warbler and hear my first Cuckoo of the year before I trudge up onto the gorse covered ridge, accompanied by the twittering of Linnets, for uninterrupted distant views over the extensive heathland before descending back via the sandy tracks to the boardwalk. 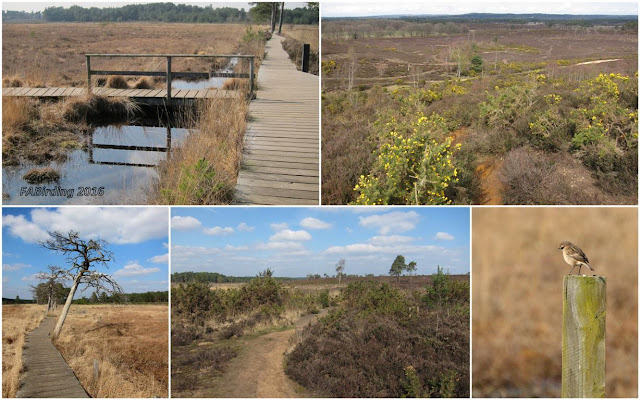