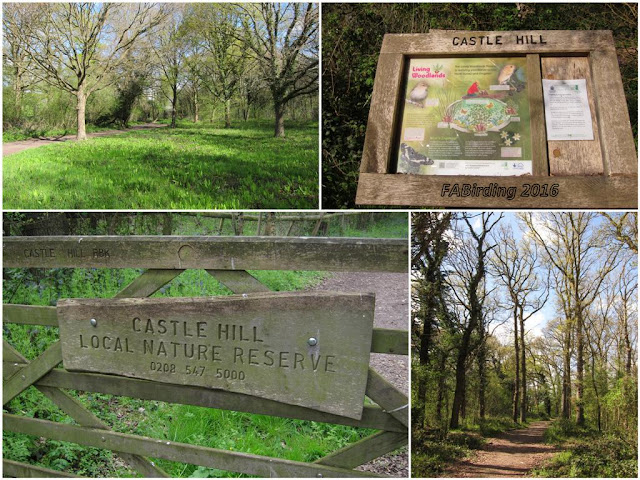 Just a 20 minute walk from home is Castle Hill LNR. Castle Hill has been designated as an Ancient Monument and is thought to be the site of a medieval moated farmstead dating from the 13th century known as Brettgrave. The area is now dominated by mature deciduous woodland but over the past few years active management by coppicing is helping to keep the under-story open thereby encouraging more wildlife.

At this time of year, apart from the typical woodland bird life, the main attraction is the swathes of our native Bluebells (Hyacinthoides non-scripta) competing with a green carpet of Cleavers (Bedstraw) beneath an open canopy that is very slowly greening up. 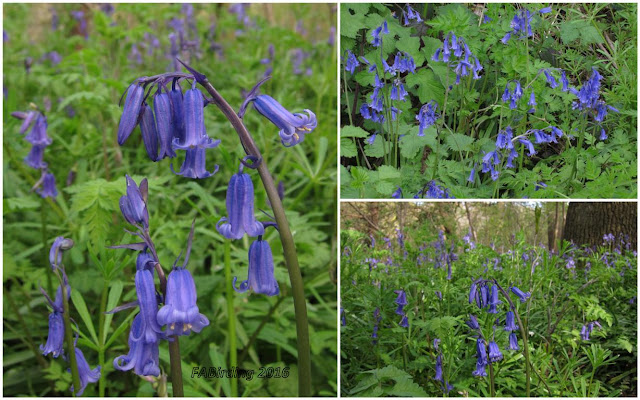 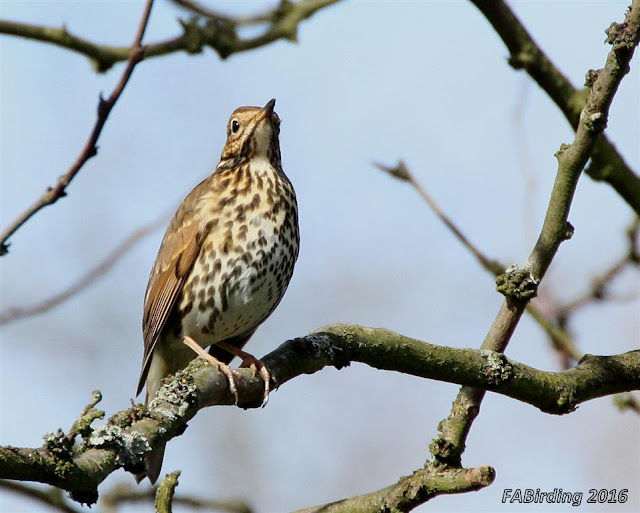 A Song Thrush perches high overhead taking a rest from proclaiming its territory with its characteristic repetitive song. 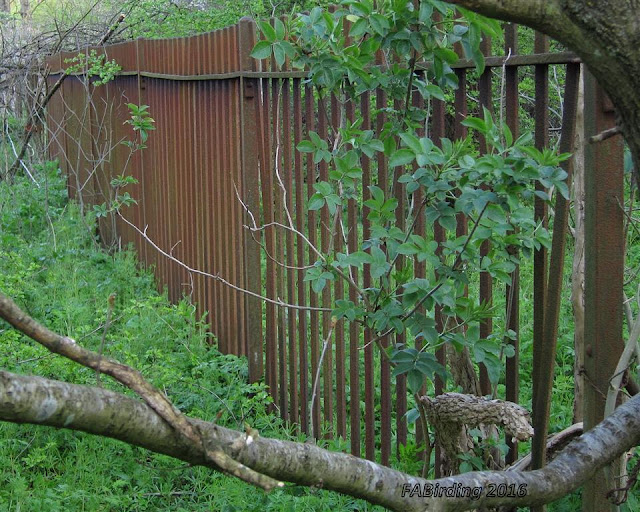 The reserve boundary is dominated by an old iron fence that in many places is showing the test of time! 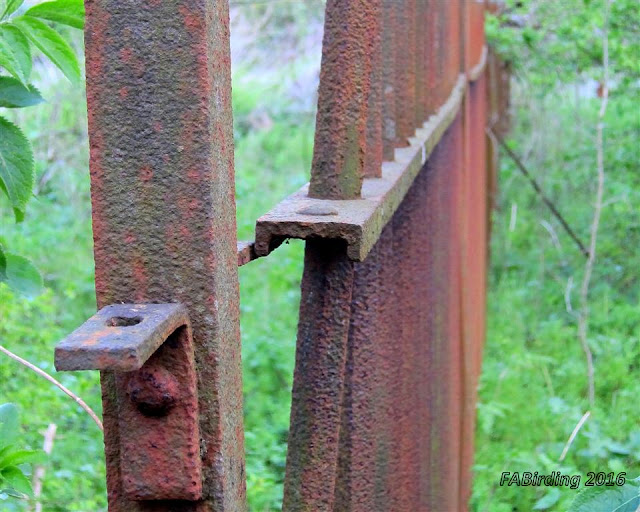 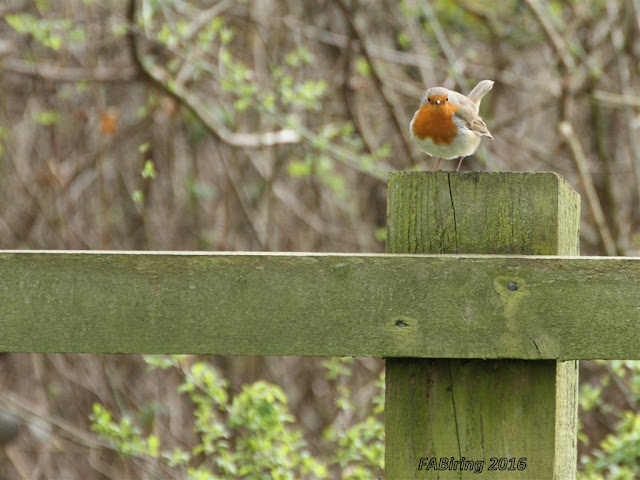 Other 'regulars' during my early morning stroll were Robin (above) and the tiny [Winter] Wren (below) with the big voice. 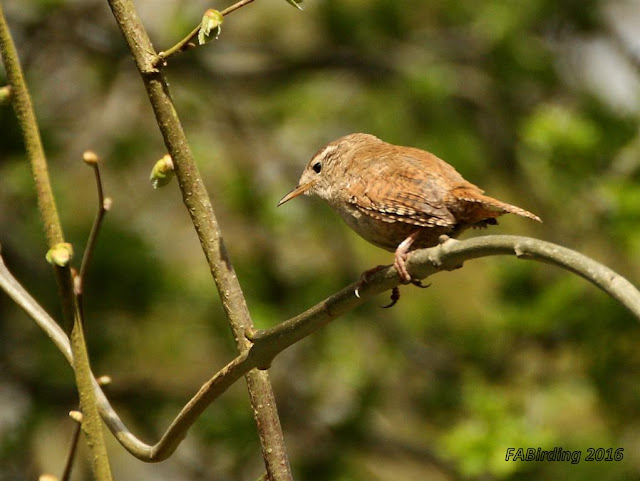 And finally a collage showing a few of the wild flowers that have appeared during the past couple of weeks including the invasive Three-cornered Garlic growing amongst the Bluebells, Red Dead-nettle, Greater Stitchwort, Green Alkanet and Bedstraw. 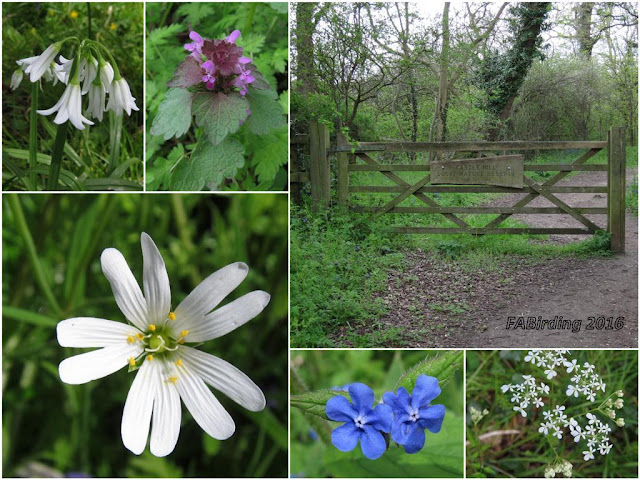