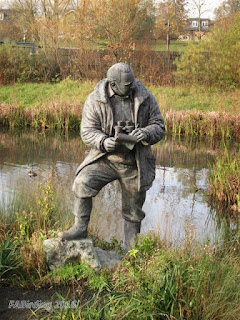 On Monday morning I decided on a visit to WWT Barnes in the hope of adding one or two common species to my current Surrey year list plus the possibility of seeing a Ring Ouzel that had been reported there over the weekend.

My luck was in as a slight detour from the entrance bridge eventually provided a distant view through the bins as this thrush was feeding on a grass slope (way beyond the fence above Sir Peter Scott's head) but too far away for my limited gear to capture. Needless to say I was just happy to have seen this species and made my way onto the reserve and added Kingfisher, Sedge Warbler and Redshank to my Surrey year list.

After an hour or so the blue sky turned very grey and on exiting the Scrape Hide I met up with fellow birder and photographer Dave Carlsson. He showed me a image of the Ouzel he had taken and suggested that as there was little else of photographic interest that we head out and see if the bird was still showing and very kindly offered me the use of his 500mm lens. Well as you can guess I was delighted to get the chance of a possible record shot. 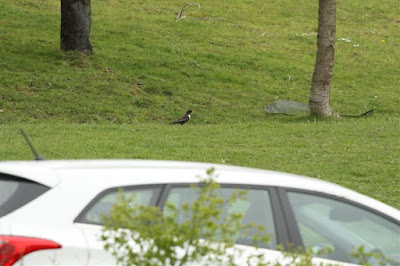 Unfortunately the Ring Ouzel wasn't quite as obliging as it had been earlier in the morning plus handling a 500mm lens for the first time was quite an experience. The image above is what I saw through the viewfinder and below is the cropped version. Not too shabby for a first attempt! 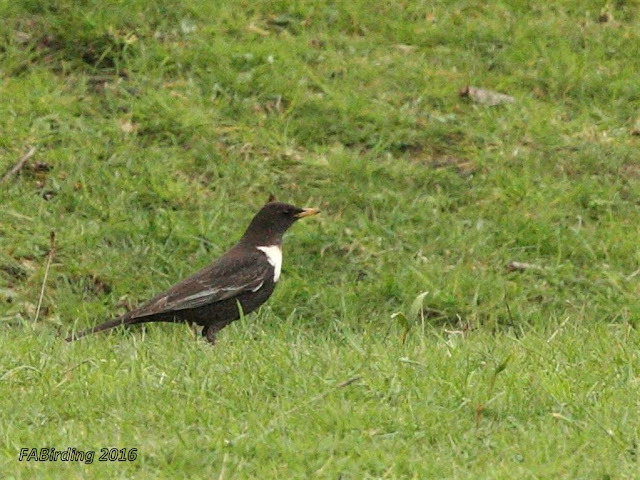 A male Ring Ouzel (Turdus torquatus) on its migration to breed on the uplands of northern UK and finally added to my Surrey list.

Dave had previously agreed to e-mail me a copy of the image he had taken earlier that morning and with his approval I am posting, for comparison, two of his quality shots below so you get a better view of its distinctive white crescent. 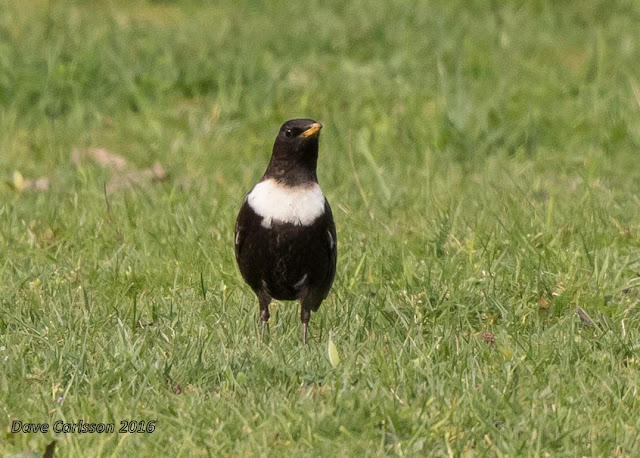 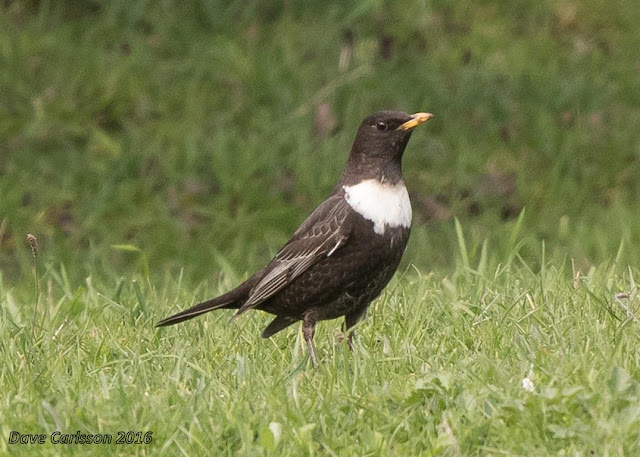 Once again, many thanks Dave for the use of your big lens. FAB.