With the prospect of a little more sunshine and much reduced winds I decided to carry out my weekly transect recording session on Ashtead Common late this morning but by the time I arrived on site the clouds had already started to drift over and the temperature dropped dramatically. 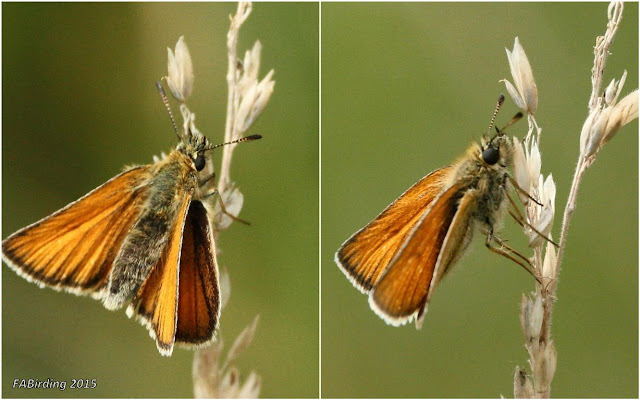 Since the rides were mowed just over two weeks ago the number of recorded sightings of any Skipper species has dropped dramatically. Today I logged just one, probably a female Small Skipper, hanging on to a swaying stem of dried grass. 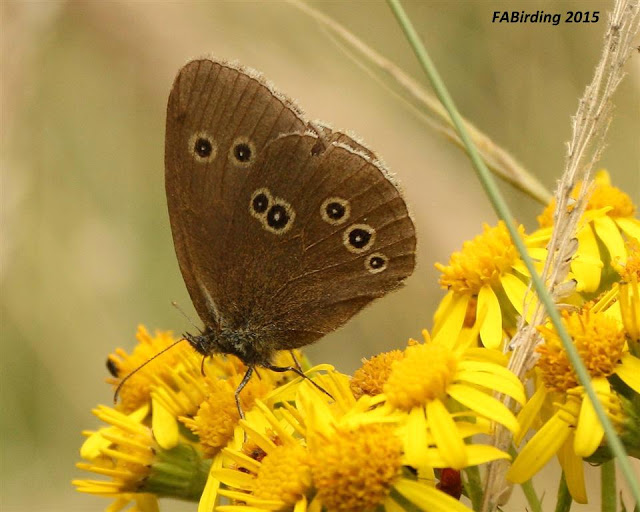 The sun made an occasional reappearance enabling me to snap this nectaring Ringlet (above) while overhead a juvenile Great Spotted Woodpecker (below) made a noisy appearance before promptly flying away. 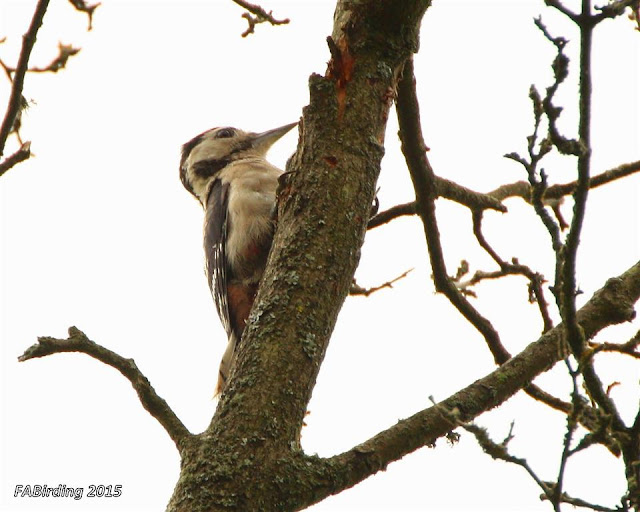 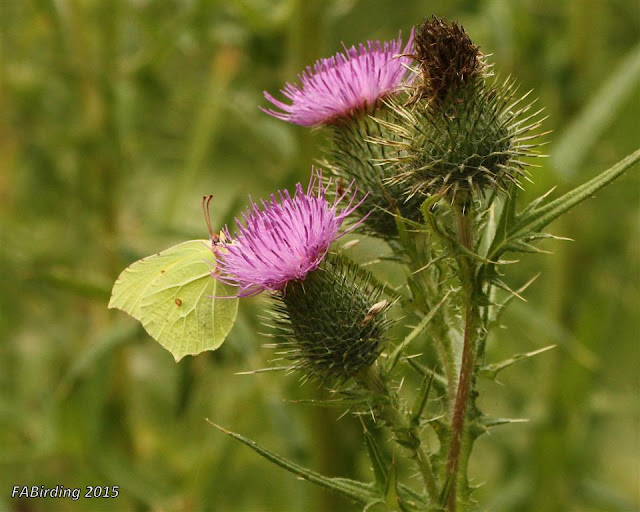 One of the most conspicuous species today was the Brimstone (Gonepteryx rhamni) with several sulphur-yellow males feeding on thistles, their favourite nectar source. 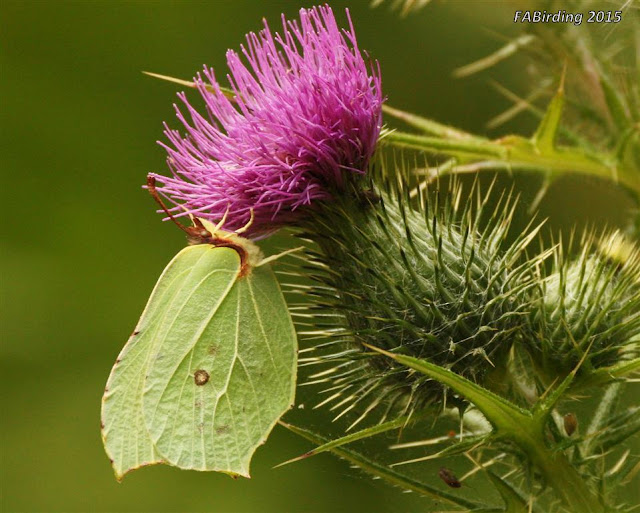