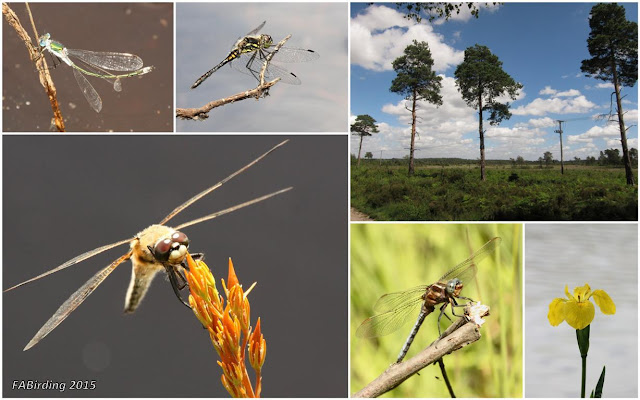 Above is a snapshot of a few of the varied dragonflies and damselflies that I saw during a wander along the boardwalk at Thursley Common last week but for this post I am concentrating on the one species that I had hoped to find, the Black Darter (Sympetrum danae).

This small darter's preferred habitat on the common is the shallow acidic pools surrounded by abundant emergent vegetation. Its flight pattern is erratic and often of short duration with frequent perching among the vegetation. 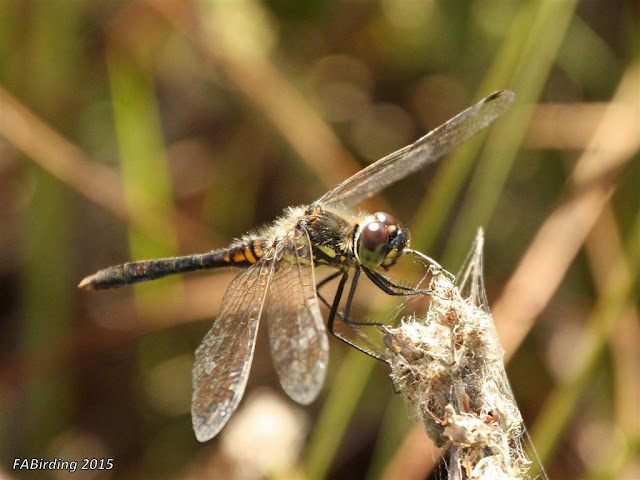 In the very gusty windy conditions it took me some time to locate one male (above) who decided to perch briefly before promptly disappearing from view. I then spotted another male on the opposite side of the boardwalk and decided to settle down and monitor its activity. 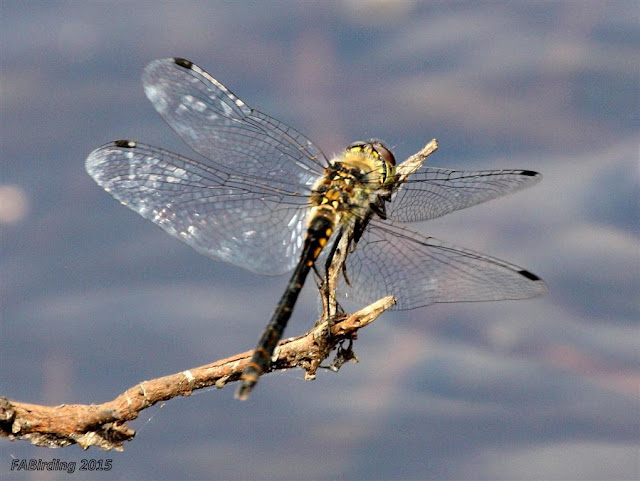 Over the ensuing half hour or so it used two different perches in between its continual forays to discourage both its own and any other species that entered its chosen space enabling me to get a few images of this distinctive species. 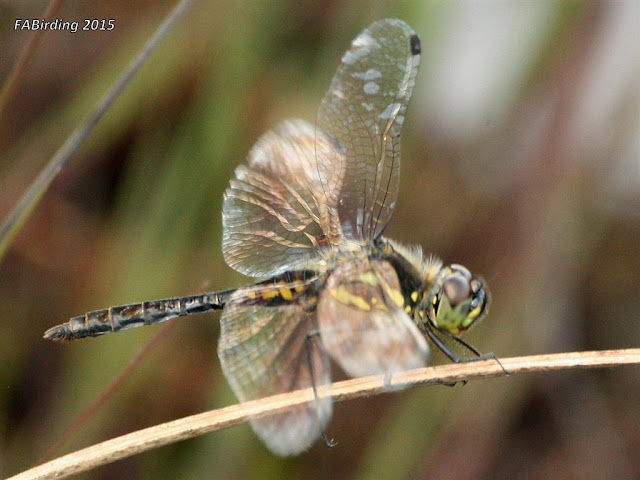 I would have preferred an uninterrupted backdrop and calmer conditions, hence the use of a high ISO setting, but sometimes you just have to accept  what is on offer and go with it! 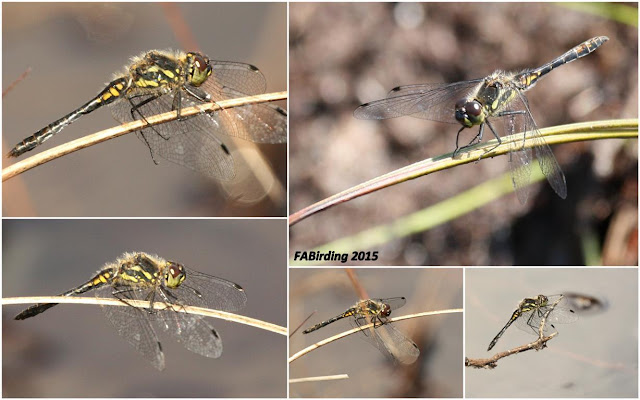 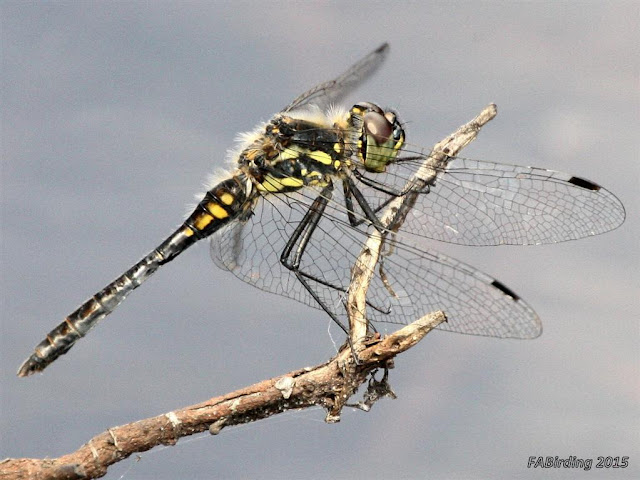 Unfortunately I failed to find a female so for comparison purposes I have included an image (below) taken during a visit I made at around the same time last year in much calmer weather. 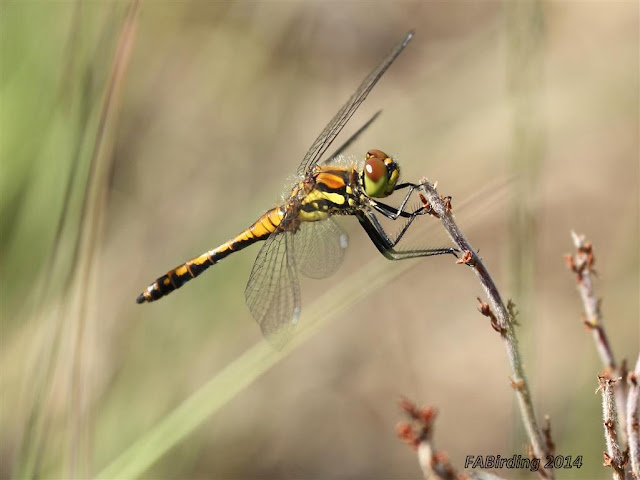 Images of some of the other species seen during this session will appear in forthcoming posts. FAB.