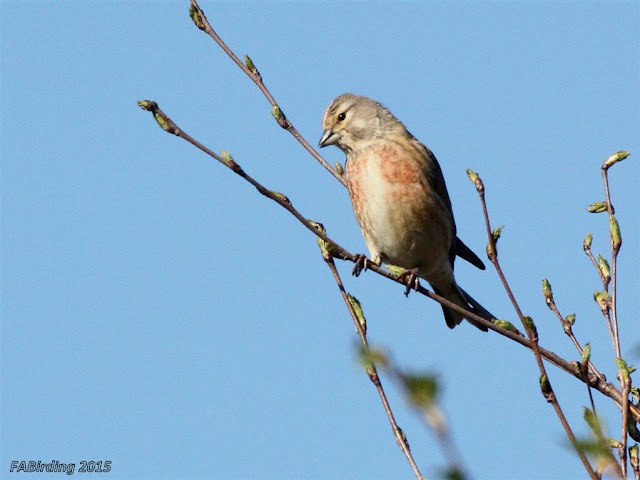 The [Common] Linnet (Carduelis cannabina) is a small slim finch that I occasionally encounter on my local patch but a species I associate with coastal, farmland and heathland habitat. This individual was photographed during a visit to Thursley Common in late April so not in full breeding plumage when the forehead and breast is much more predominately red. 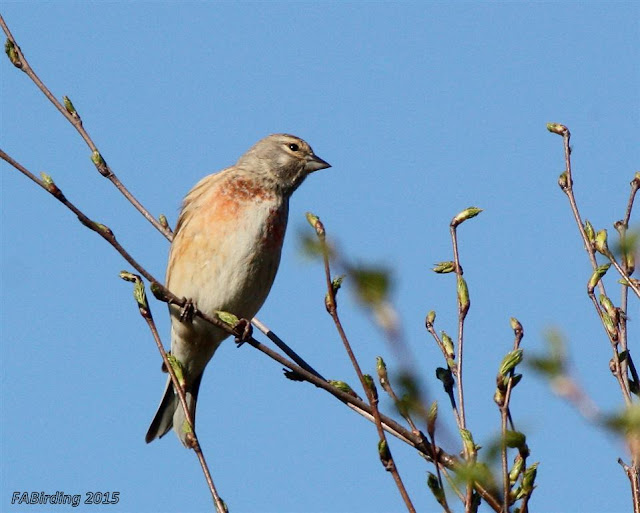 This delightful little finch with its melodious twittering (see recording below) was once very popular as a caged bird but the UK population has seen a dramatic breeding decline over the past few decades and hence it has been on the Red Status list since the mid 60's. 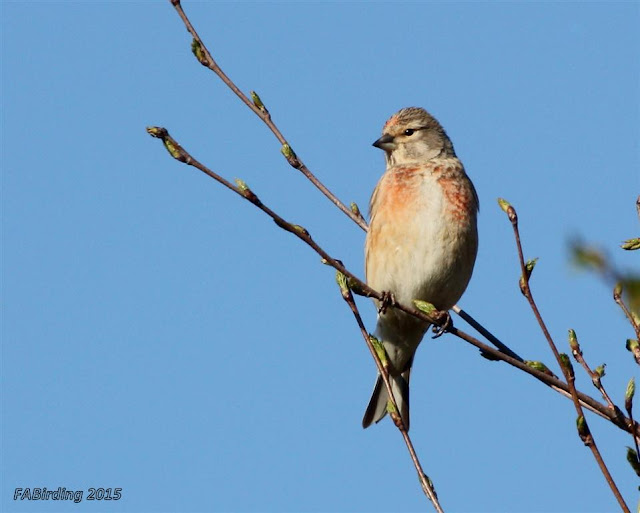 Linking to Wild Bird Wednesday.
Posted by FAB at 23:01