All transect walkers have been requested to make more effort in distinguishing between two very similar species, the Small and Essex Skippers, based on the following slightly different field marks.

Small Skipper: Undersides of the tips of the antennae are orange-brown. The male has a slightly curved, conspicuous sex brand on each of its upper fore-wings. both sexes are very similar.
Essex Skipper: Undersides of the tip of the antennae are black. The male has short, straight, inconspicuous sex brands.
Plus the females of both species are plain orange and the under-wings of both sexes are very similar.

So for me this is certainly not an easy task unless any individual is perched with its wings open and even then you may need a magnifying glass or a good view of the underside of the antennae through close focusing binoculars, which I don't yet posses. So wherever possible I often resort to grabbing a shot or two to review on the laptop later but even this approach doesn't always provide conclusive evidence. 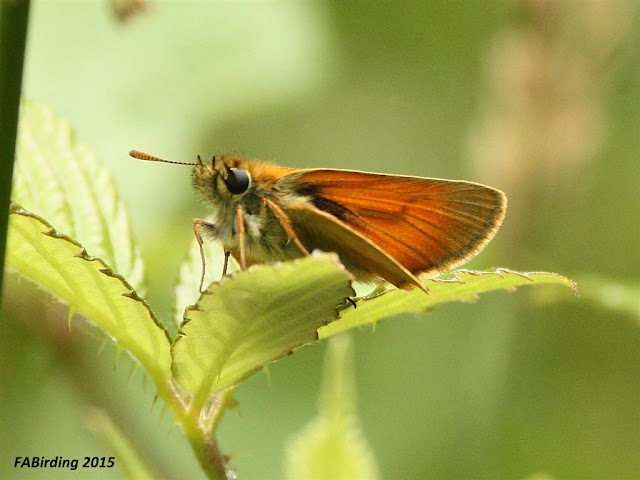 The first three images are all of a male Small Skipper (Thymelicus sylvestris). 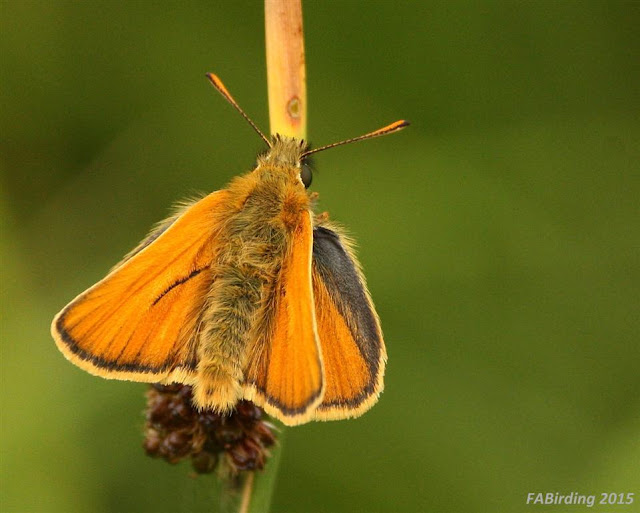 My identification of the next image, based on the underside colour of the antennae, is a female Small Skipper. 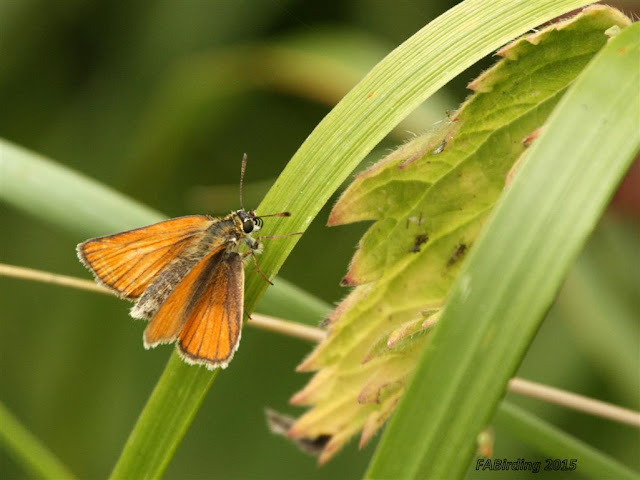 And finally just by way of comparison the last, somewhat grainy image is a male Essex Skipper (Thymelicus lineola) with a small, straight sex brand on the wing.

Both species should still be on the wing during August and I'm sure I'll have a few more tricky encounters to unravel their true identities! [All images shot handheld using 70-300mm lens with 1.4x converter]

Linking to:
Macro Monday 2
Nature Notes hosted by Michelle;
Through My Lens, a new meme hosted by Mersad.