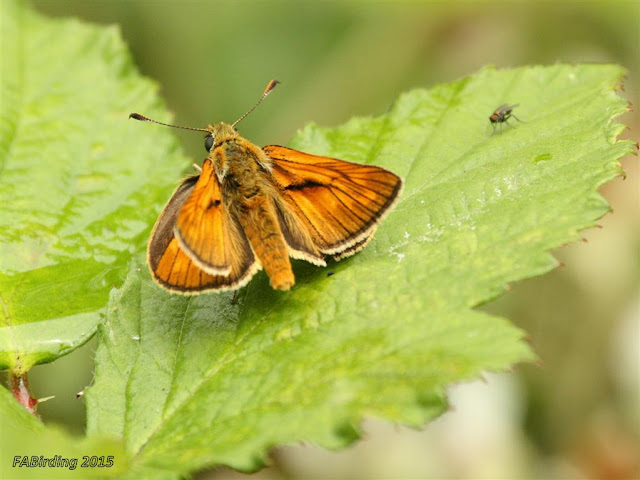 On the wing from late May to mid August it is rare for me not to encounter the robust and our brightest 'orange' skipper, the Large Skipper (Ochlodes sylvanus) during my local walks. Whilst this is the most widespread skipper species, here in Surrey it is generally less numerous than the Small Skipper.

The distinctive wing coloured patches plus the strong dark sex brand on the male's upper forewings make it relatively easy to identify. 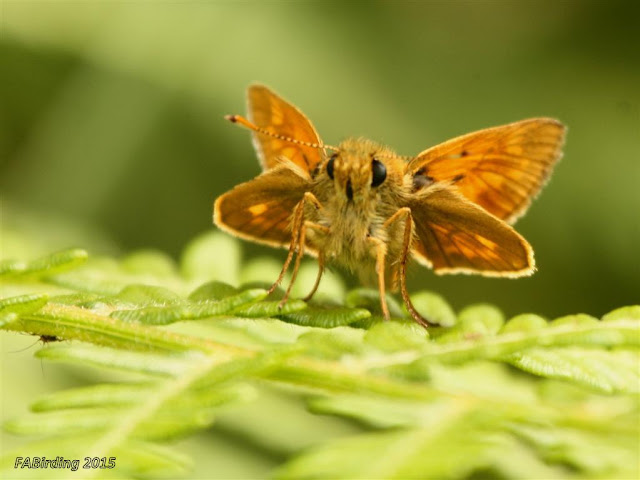 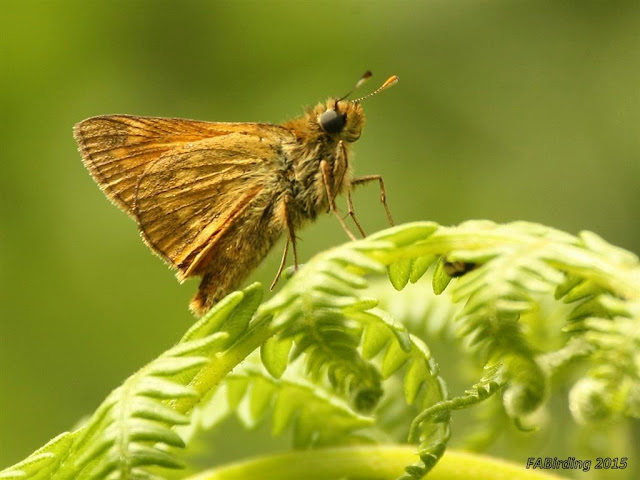 Unlike other skippers the male Large Skipper adopts a perching strategy to await a passing female and even after disappearing to defend its territory it will often return to exactly the same location thus providing easier opportunities for the 'watcher' to get these images. 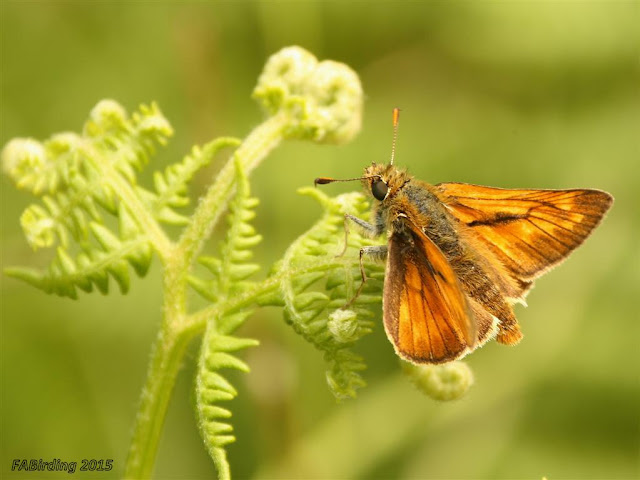 I'll find some comparison shots of a Small Skipper for a forthcoming post.  FAB.

Linking to:
Macro Monday 2
Wordless Wednesday (on Tuesday) @ image-in-ing
Posted by FAB at 00:25