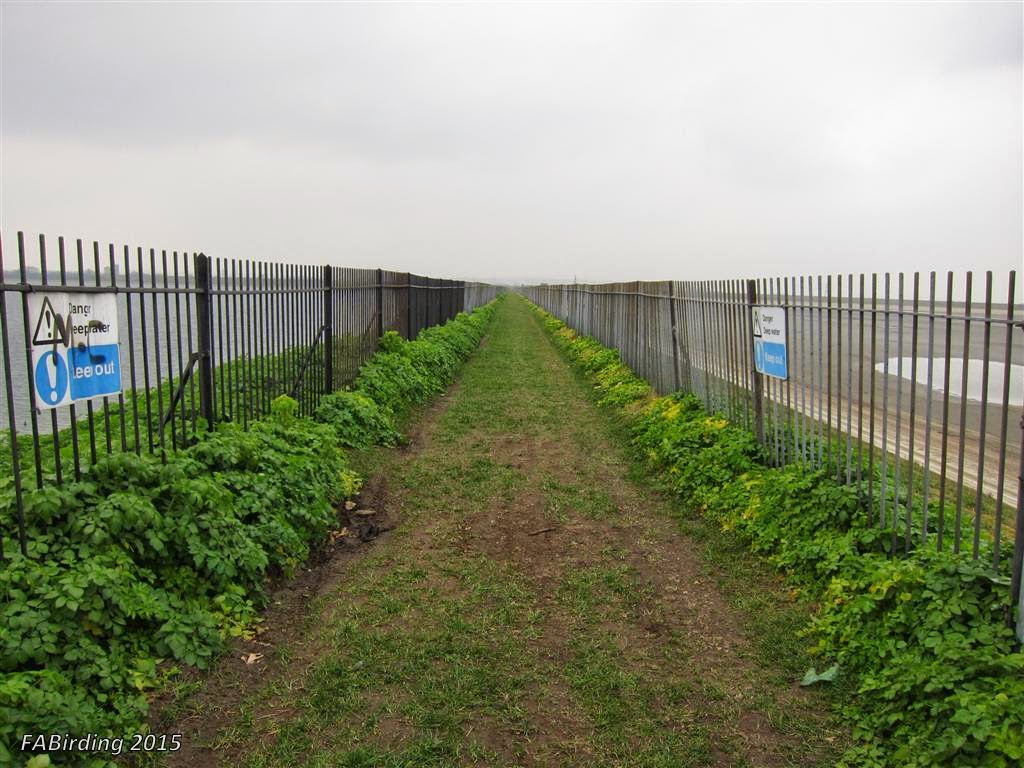 If you are a regular follower you may well recall this view of the causeway between the two basins at Staines Reservoir taken on a damp cold day in mid March when I explained the virtues of this site as a 'Birding Hotspot'.

During the last six weeks this site has continued to play host to a varied array of visiting species so with much better weather I paid a return visit on Monday morning.

As you can see (below) the view hasn't changed very much; the pathway has been cleared and the view looks far more inviting under a cloudy blue sky; except there is far less water in the previously drained north basin. 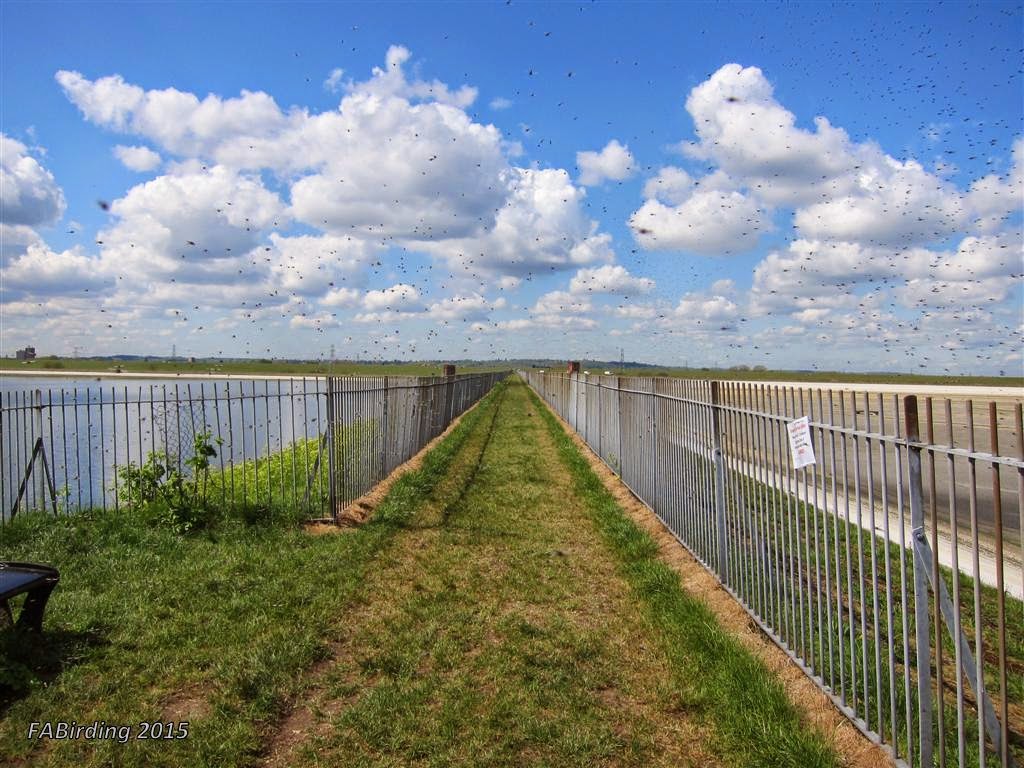 Unfortunately the one drawback of visits on such a calm warmer day is the volume of black flies everywhere! 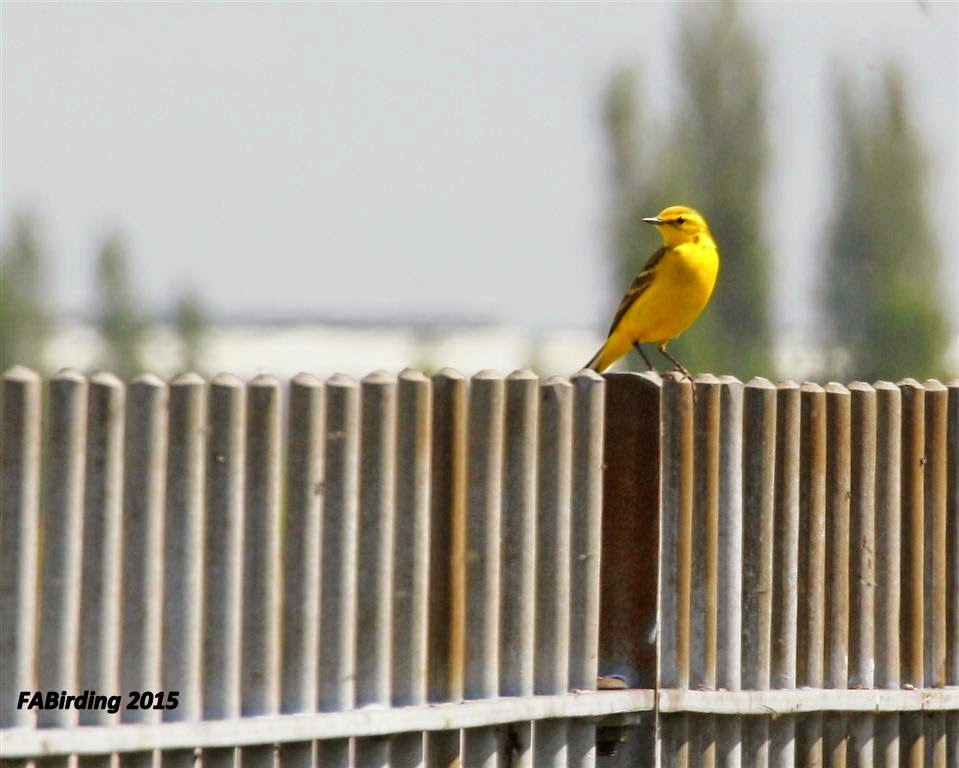 Whilst these can be an irritating but harmless nuisance they do attract certain species including good numbers of Pied Wagtails and during this visit I also found a White Wagtail plus five Yellow Wagtails (Motacilla flava) in various plumages enjoying this bountiful supply of insects.

Other species spied far out on the drained north basin included a single Whimbrel (a first for my County list), two Little Egrets, Dunlin (7), Lapwing, Common and Arctic Terns plus Shelduck and a few Wigeon. 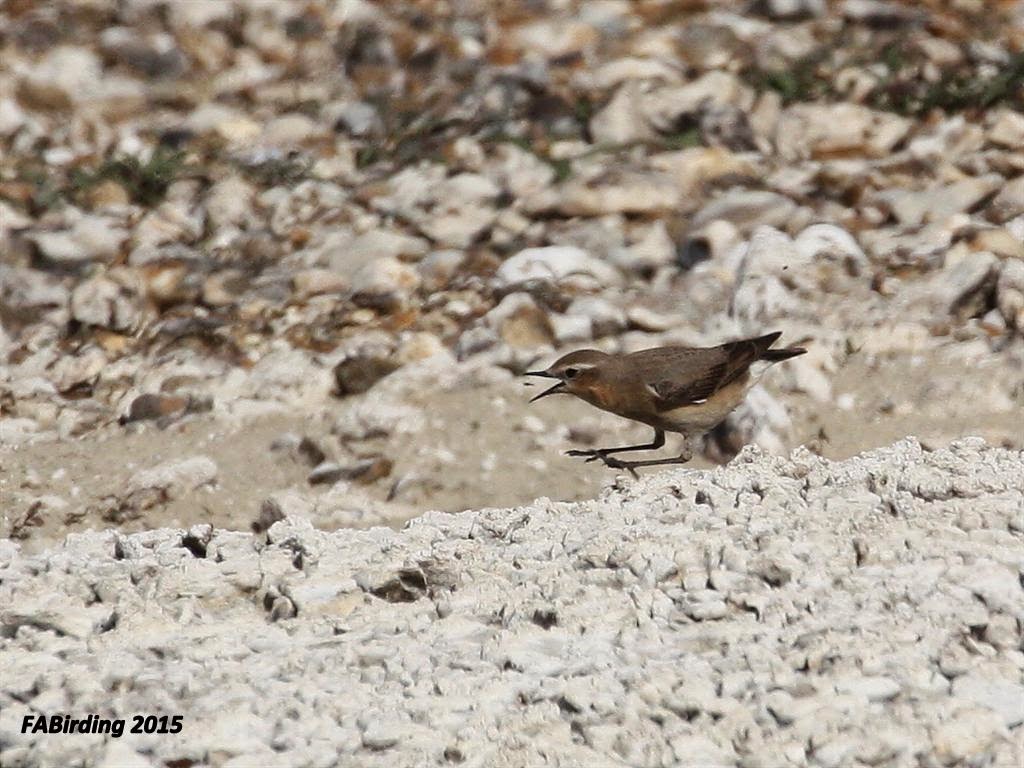 Some fifty feet beyond the fence I also spotted two Northern Wheatear and somehow managed to capture this image (above) of one of them just about to grab a tiny mid morning snack. 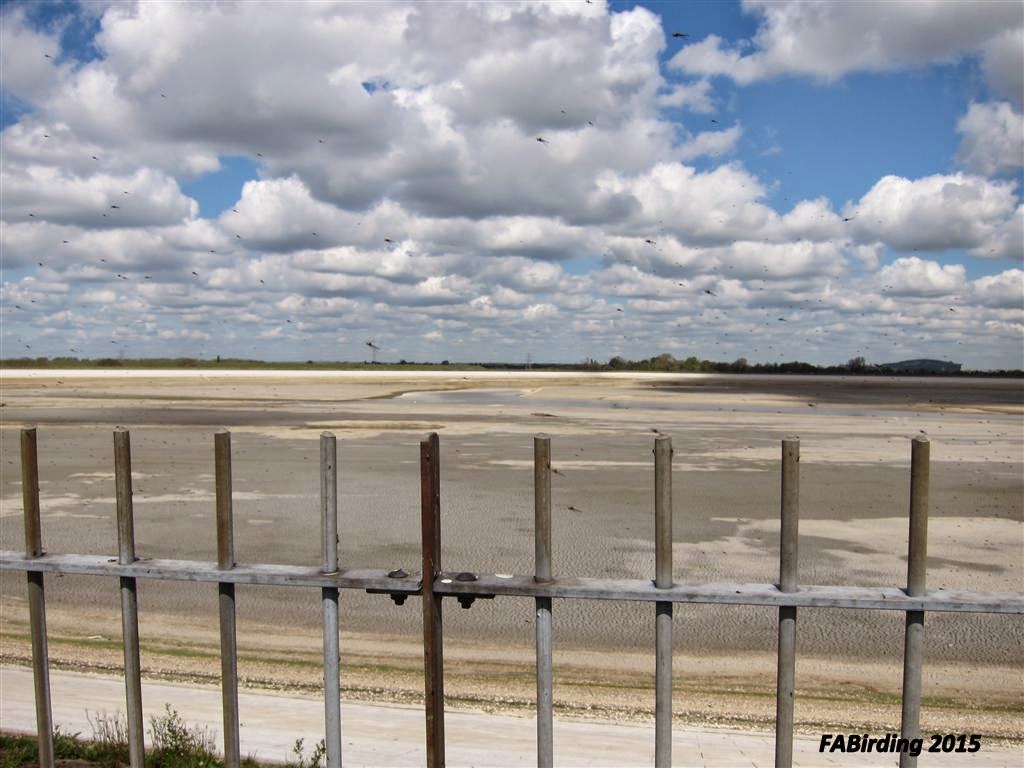 I was told by a fellow birder that this basin might not be refilled until the Autumn and providing some water remains it will be interesting to see what else turns up here over the coming months. FAB.

Linking to Good Fences and I'D-Rather-B-Birdin'.
Posted by FAB at 23:11