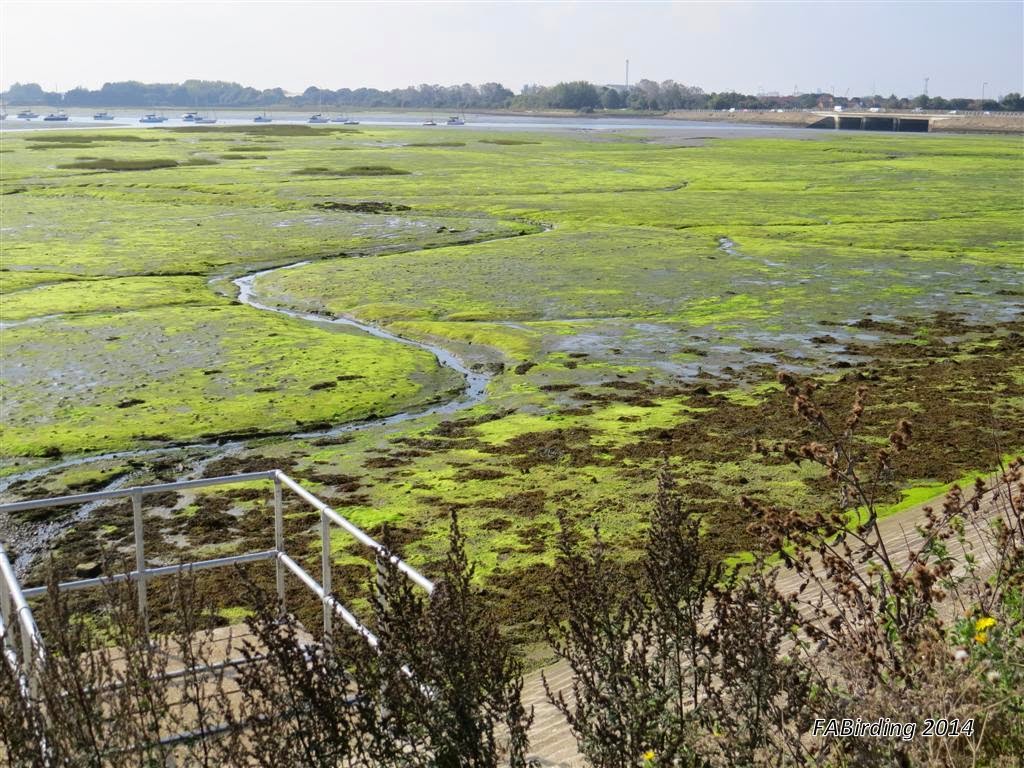 Earlier this week I drove to the south coast for a wander around Farlington Marshes.
Arriving some two hours or so before high tide the immediate view out over the estuary appeared to be a barren mass of mud but careful searching with the bins produced a few distant ducks, gulls and feeding Curlew. So with the distinctive odour of salty seaweed on the breeze I headed for the entrance to the 308 acres of grazing marsh on the northern shore of Langstone Harbour. 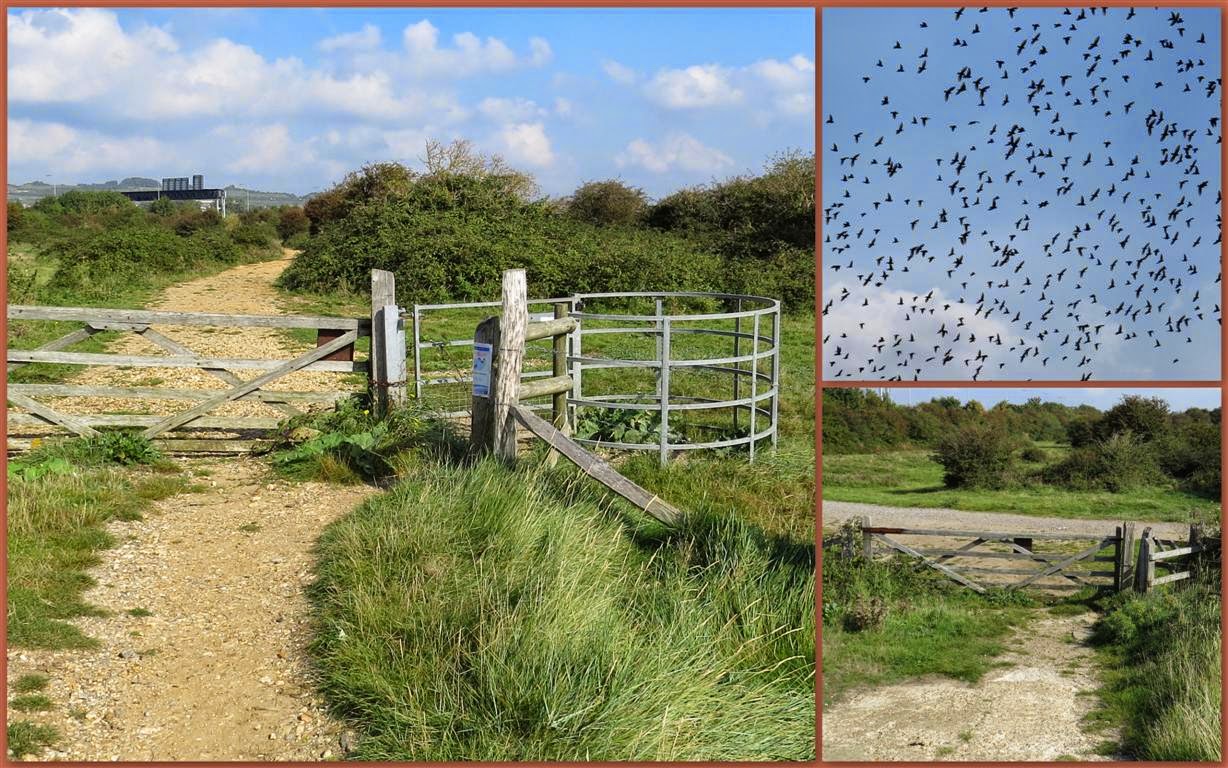 I decided to follow a clockwise circuit and after passing through the gates a large flock of Starlings erupted from the bushes and swirled around overhead, creating amoebic patterns in the sky,  before promptly diving and disappearing into another area of bushes. This activity was repeated and each time the numbers joining the flock increased. I finally estimated that there were around 500 individuals and I've no doubt the numbers will increase by the time they finally go to roost at dusk but I wouldn't be around to witness that fantastic sight. 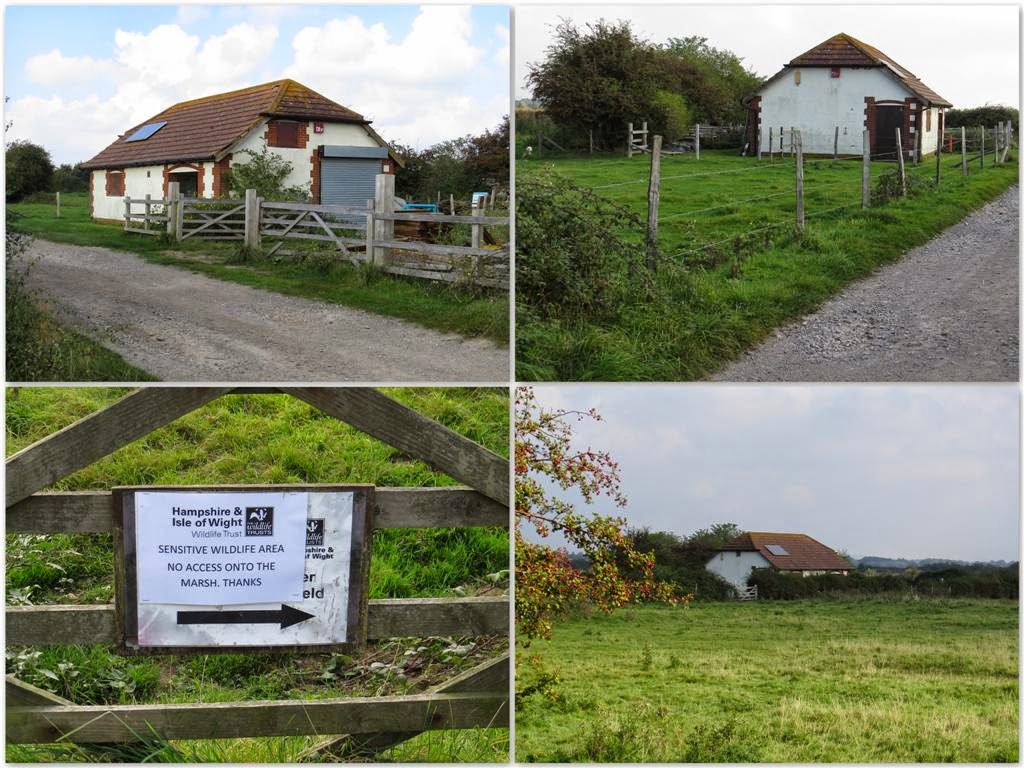 As I headed alongside the stream towards the Information building I logged Moorhen, Coot, Mallard, Teal, Canada Geese, Little Egret, Black-tailed Godwit, Reed Bunting and a Cetti's Warbler uttered its distinctive call from its nearby hiding place while a Grey Heron lazily passed over the reed bed.. 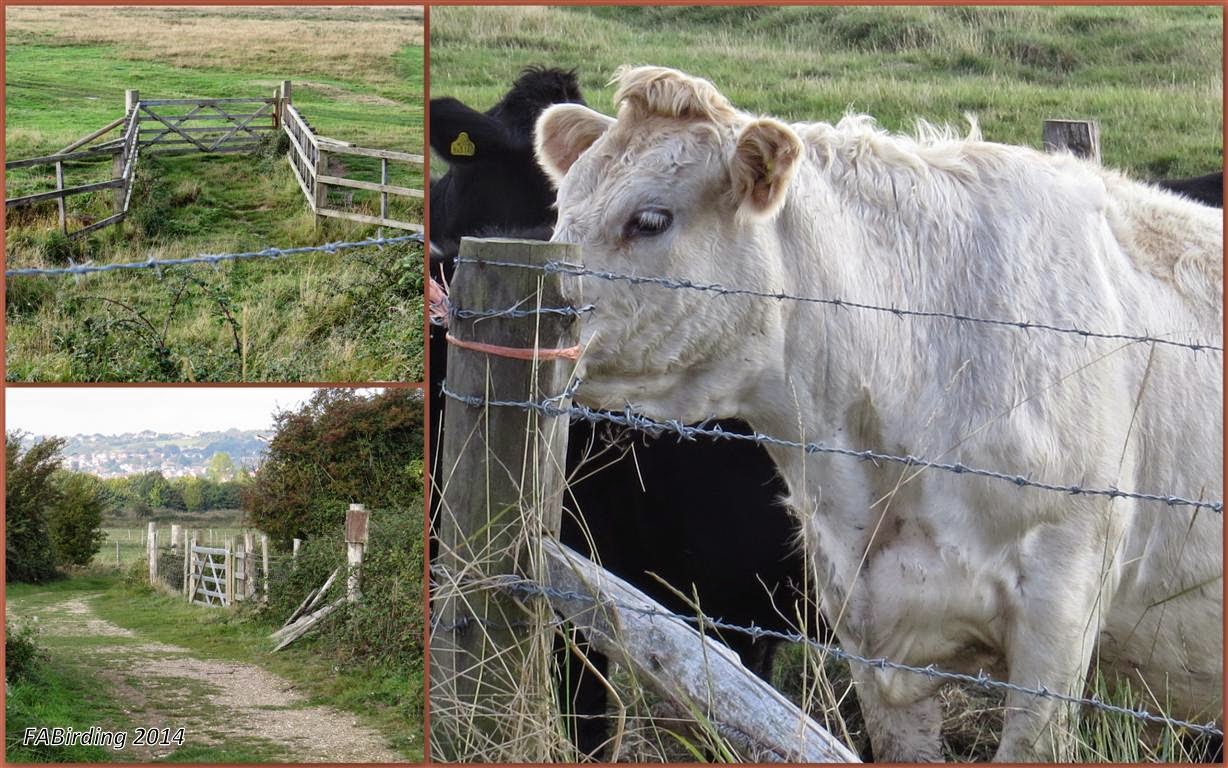 As on many of our coastal reserves cattle are regularly used to maintain the grazing marshland. This small band were taking a rest from their daily tasks. 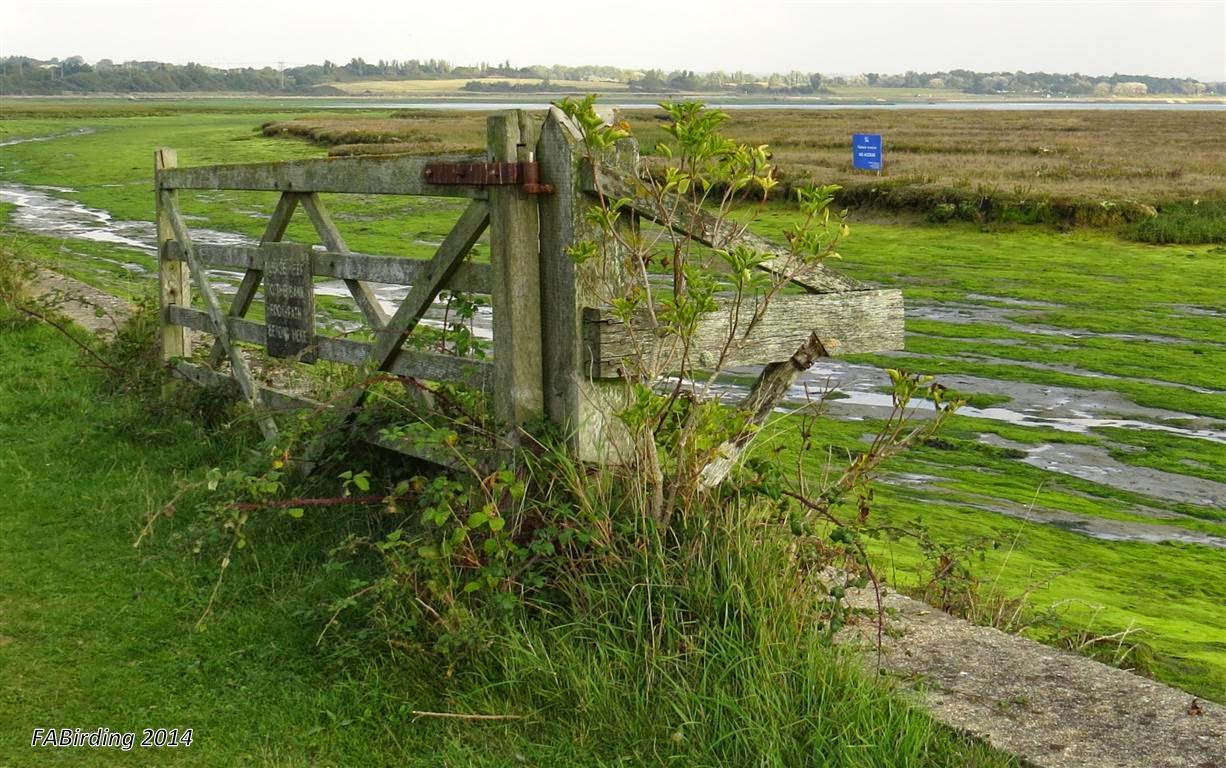 Finally my footsteps get me to the sea wall where the view is still one of slimy green mud but slowly this was being invaded by the rivulets of water that would eventually flood this vast area just leaving a few shingle islands where many of the birds will take refuge until their feeding habitat is once again uncovered at low tide. 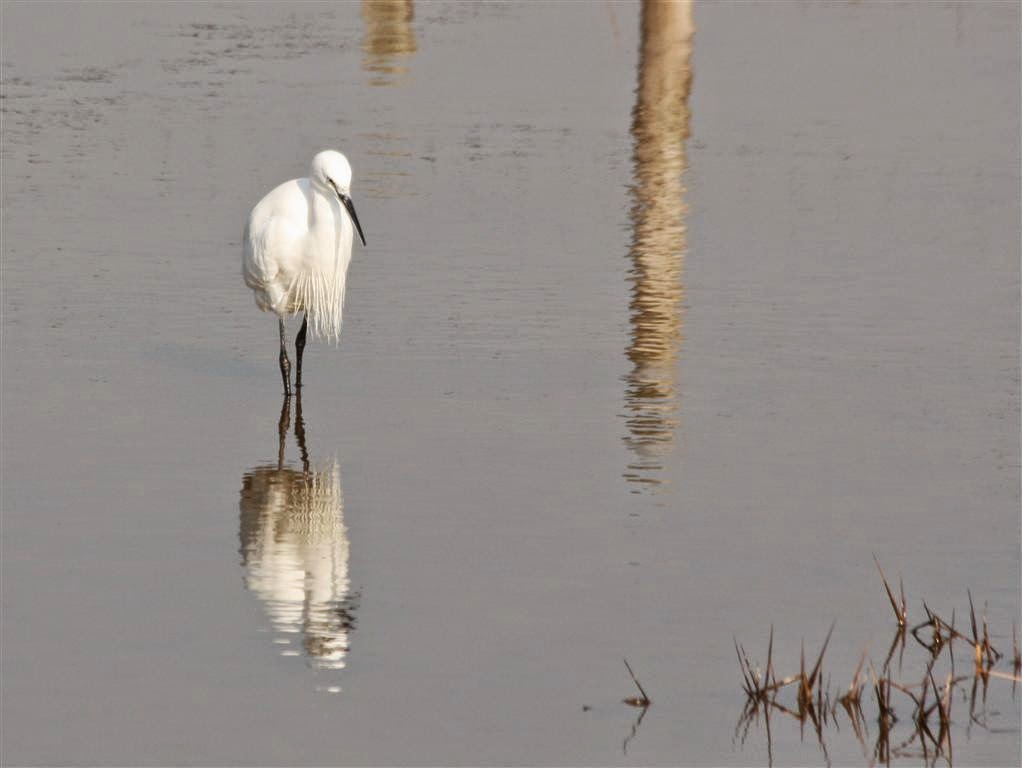 Numerous Little Egrets were feeding way out on the mud but one individual was striding around one of the inland pools and close by I spotted two Dunlin. Small flocks of Oystercatchers were moving about in the harbour seeking a fresh resting spot as the tide came in. I also located my first views of Brent Geese that return here every Autumn plus good numbers of Wigeon that will also overwinter here. 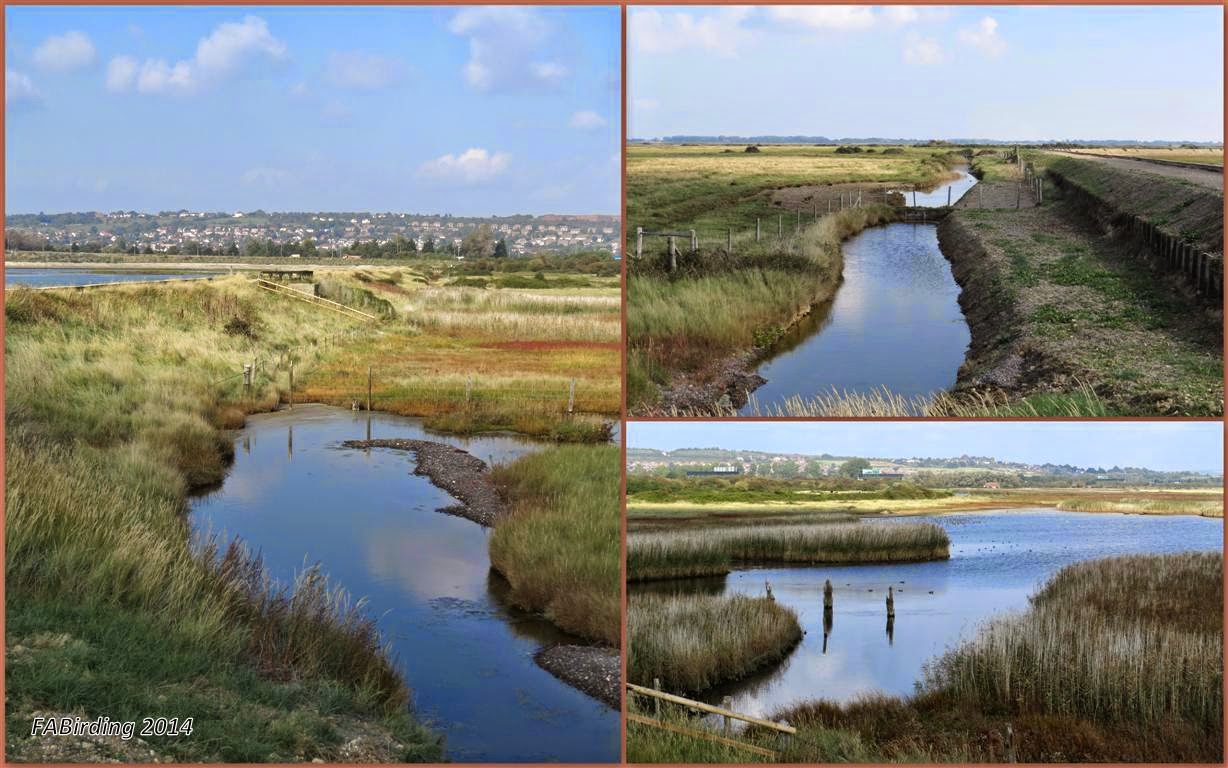 Towards the end of my clockwise circuit I start to head inland; the high tide now filling the harbour on my left;  and a distant view of ducks and waders collecting on the main inland pool. While a Kestrel hovers high overhead I spot and a few Stonechats flying over the reeds. 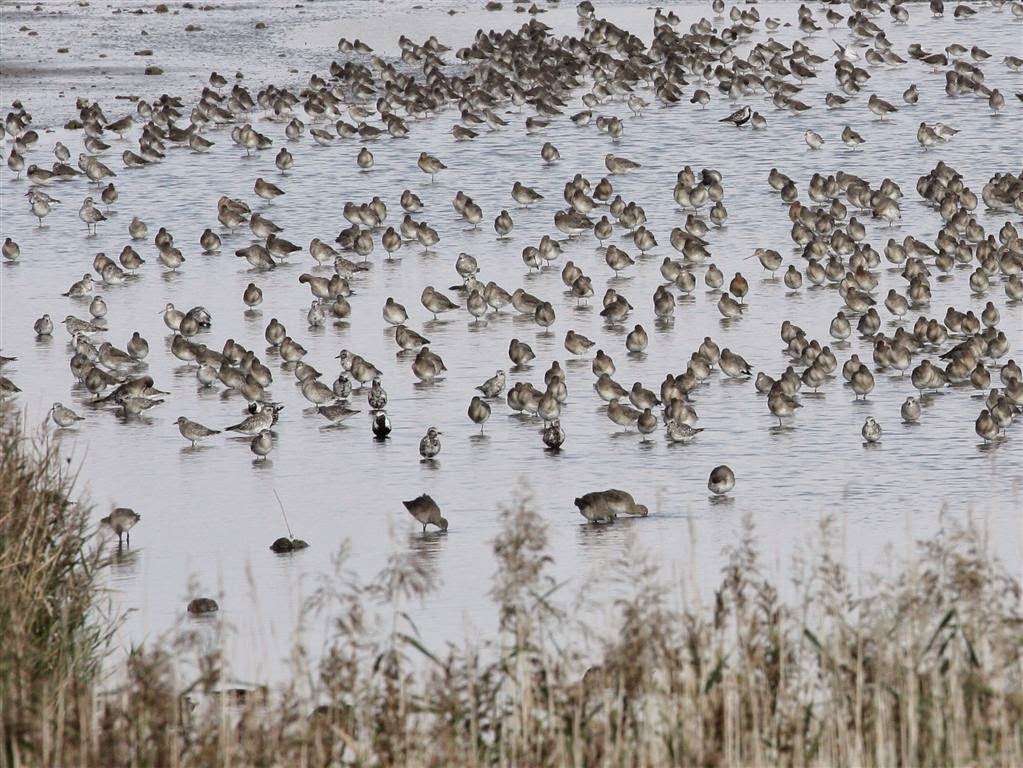 A cropped shot of some of the waders gathered on the far side of the pool. The most numerous where Black-tailed Godwits and Grey Plover, some in their full winter plumage, plus Redshank, Greenshank, two Curlew Sandpipers and a single Little Stint. Ducks included Mallard, Teal, Gadwall and a few Northern Pintail. 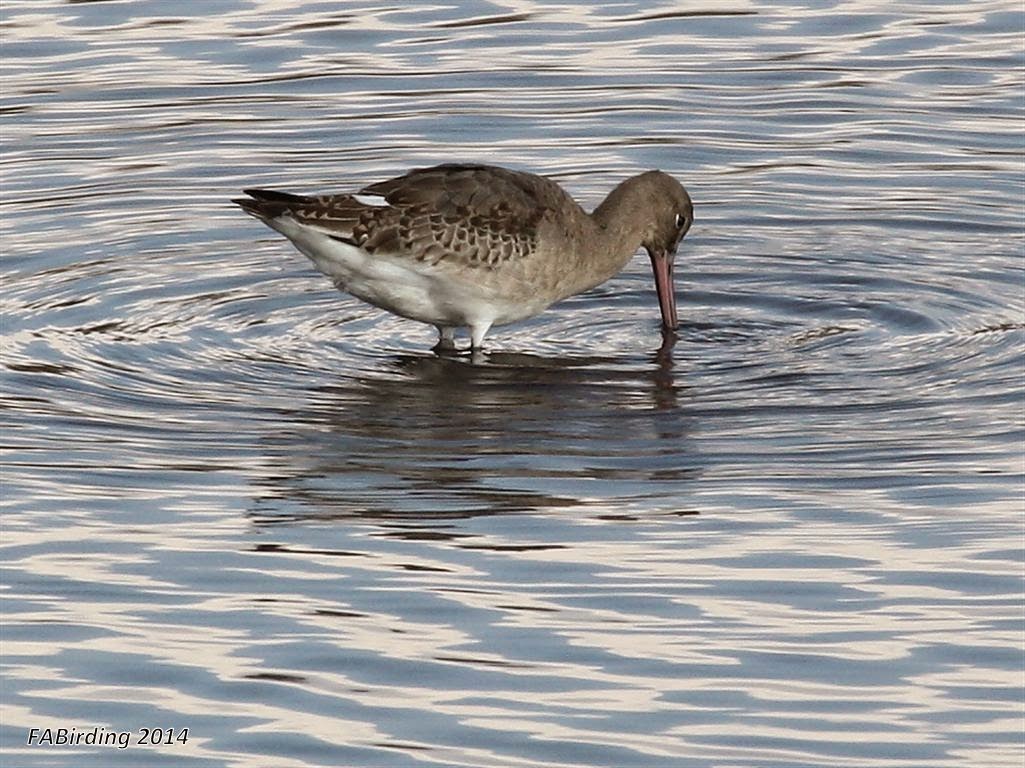 Before heading for home I finally get a closer view of a Black-tailed Godwit feeding.   FAB.

Linking to GOOD FENCES hosted by TexWisGirl.
Posted by FAB at 11:49