On Sunday I was up with the Lark ... actually it was 3am and the Lark was still sleeping ... and headed over to Bookham Common for a Dawn Chorus walk at 4.30am with a few like-minded birders from the Surrey Bird Club. I arrived well before the start time so I spent a very enjoyable half hour with a crescent moon lighting a very dark sky and listened to at least three Nightingales singing their hearts out while a couple of Tawny Owls provided some background sounds.
During the first 30-45 minutes of the Dawn Chorus it was difficult (even for a reasonably trained ear) to distinguish the individual songsters but throughout the following two hours I heard 5 separate Nightingales, Garden Warbler, Blackcap, Chiffchaff, Cuckoo, Song Thrush, Blackbird, Dunnock, Blue Tit, Great Tit and Common Whitethroat just to name a few. Unfortunately I failed to hear a Lesser Whitethroat and there was no indication of any Willow Warblers on the common. One thing I did notice is that once it was light and throughout the rest of the morning there was a distinct lack of bird activity (very few flying or feeding) and I put this down to the obvious lack of insects. I finally logged about 33 species, including the unexpected flyover of a Red Kite. 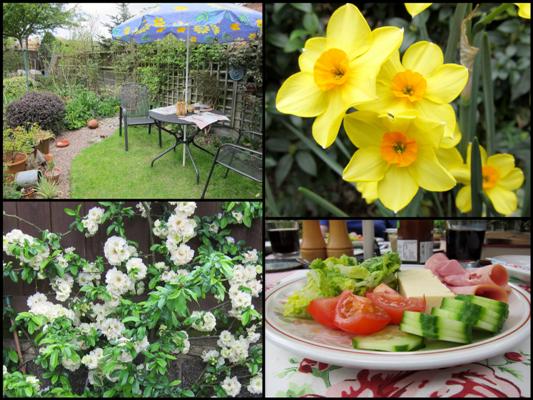 So on Monday I decided to have a restful day in the garden; well that was until I realised that part of the retaining wall behind the shed needed rebuilding! A fern had outgrown its allotted space and had lifted the coping stone so after removing the offending plant I reconstructed the wall and then it was time for an 'al-fresco' light snack and enjoy some of the spring colour in the garden. 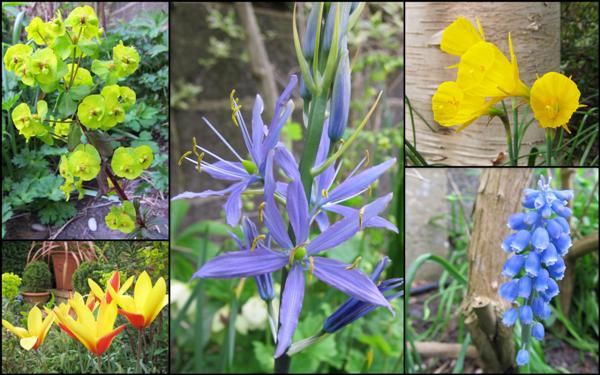 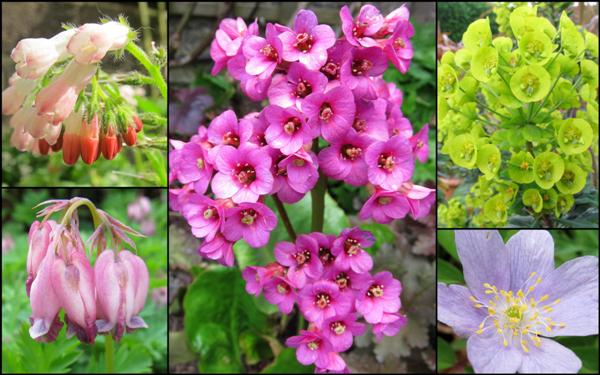 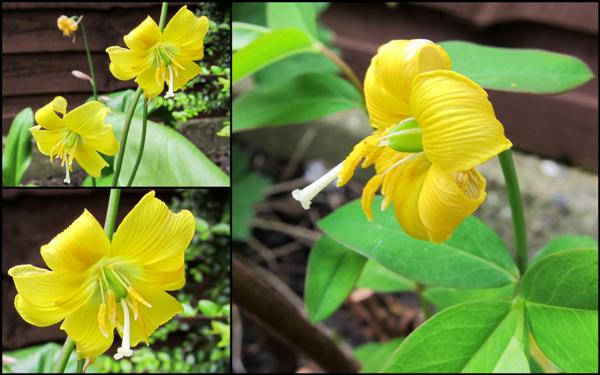 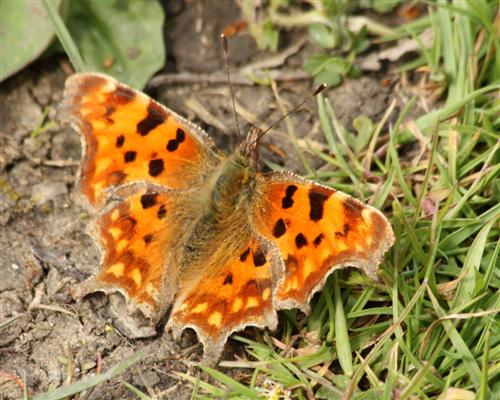 A number of visits from butterflies including this Comma plus several Holly Blues .... 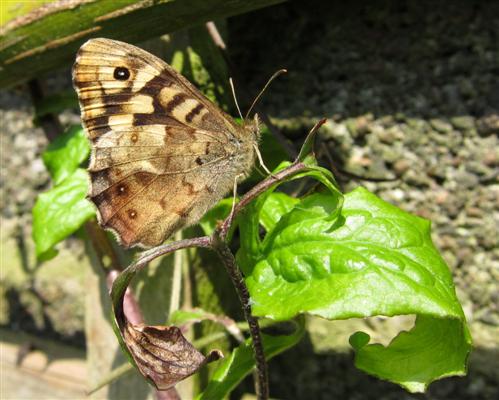