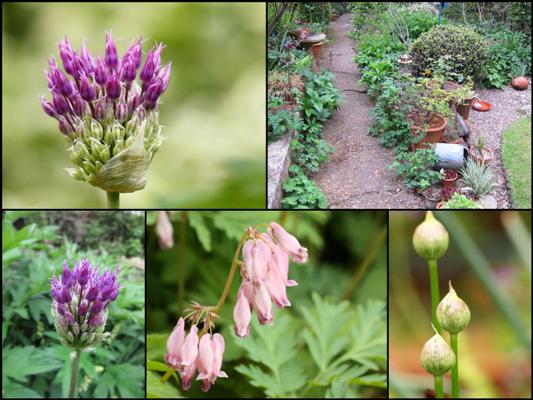 After an early morning visit to the local recycling depot to dispose of numerous bags of unwanted hedge trimmings I decided to sit for a while on the low retaining wall beneath the lilac that is just coming into flower and snap whatever came within my field of view. The low growing Dicentra behind the shed is slowly loosing its colour. Over the past few days the stems of the Alliums have been getting taller and taller all around the garden and now some of the heads are just starting to pop open and will shortly reveal their spherical blooms. 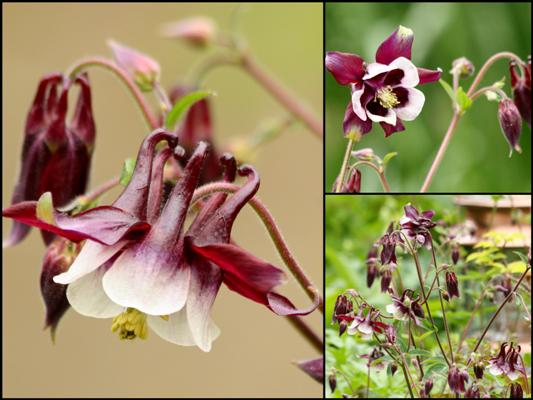 Over the years, Aquilegia vulgaris 'William Guiness' has freely spread to many areas of the garden, often appearing from tiny cracks in the concrete path, but it can take anything from 2 - 5 years to achieve its ultimate height of 75cm. 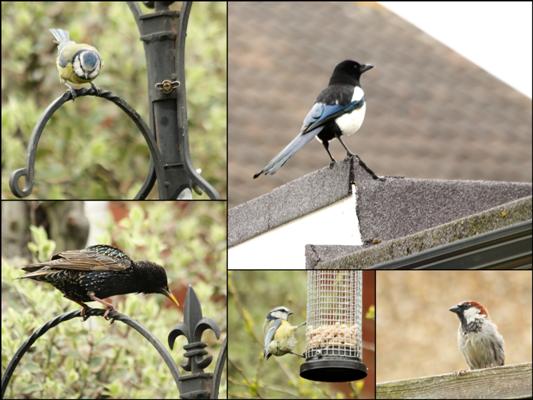 A few avian visitors, Blue Tit, Magpie, Starling and House Sparrow, dropped in to check out the feeders. Others that failed to get within focus range included Goldfinch, Coal Tit, Blackbird and Robin. 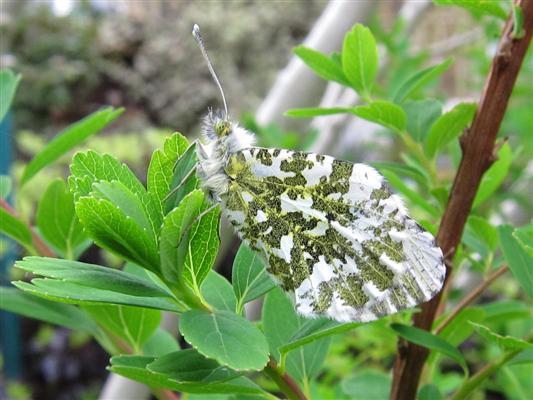 One visitor that I initially failed to notice, until I stood up, was resting only two feet away .... a female Orange Tip with its very distinctive under-wing pattern. 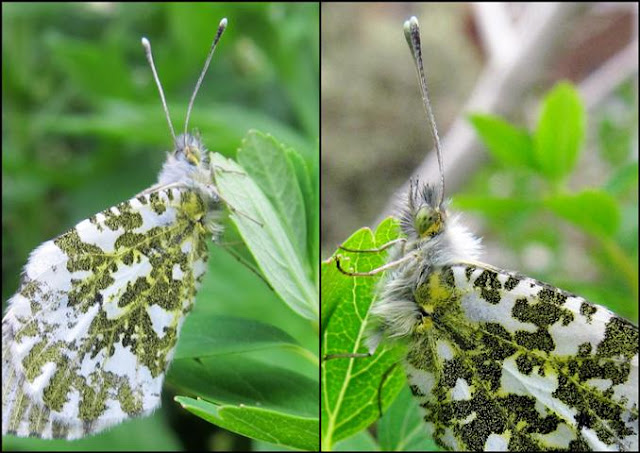 Despite stroking her wing very gently with my finger she wouldn't move from her perch.   FAB.
Posted by FAB at 23:46