For me it that time of year when birding tends to take a bit of a back seat as other flying wildlife becomes the target for the lens. During a very recent early morning walk around my favourite woodland glade at Hill House Wood on Bookham Common the action was initially a little slow but as the shafts of sunlight began to warm up the area orange coloured fluttering objects began to appear everywhere. 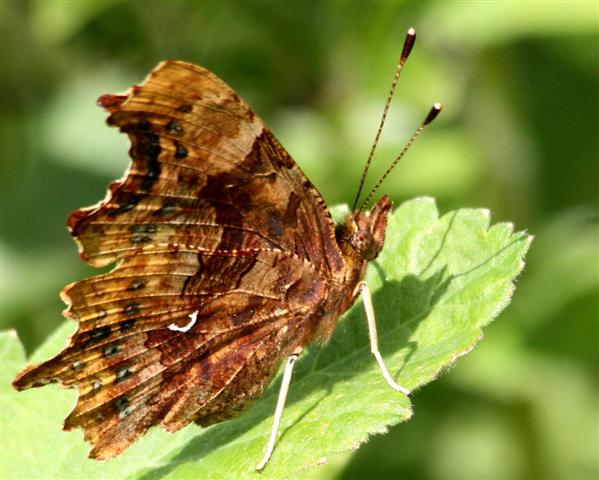 First up was a Comma (Polygonia c-album) initially resting with its wings closed but displaying that distinctive ragged-edge appearance with the mottled under wing pattern plus the white 'C'. 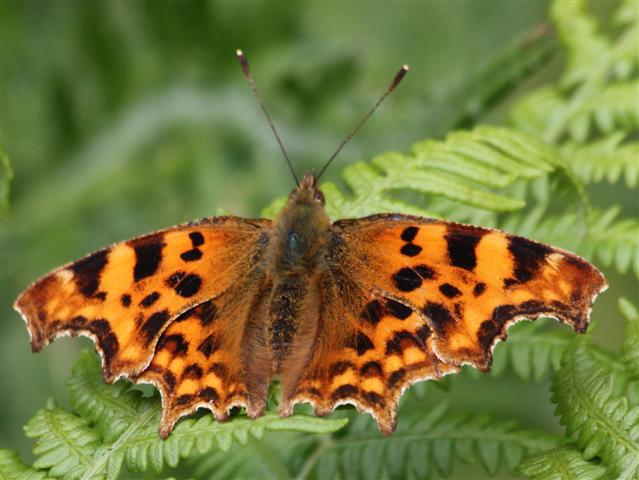 It wasn't too long before one settled on a fern with its wings open to soak up the warmth. 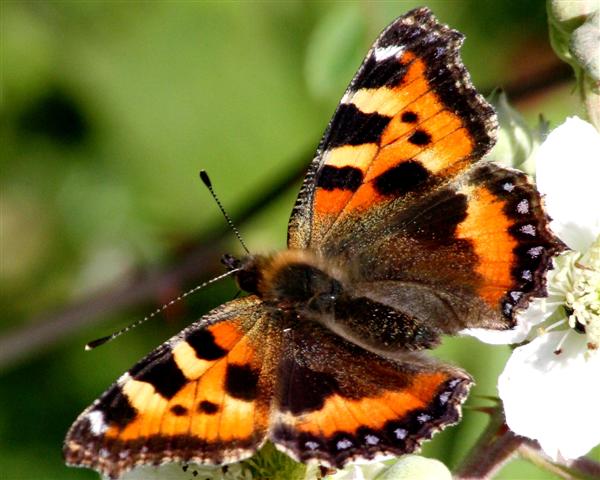 The next beauty was a Small Tortoiseshell (Aglais urticae) enjoying the nectar from the flowering brambles. 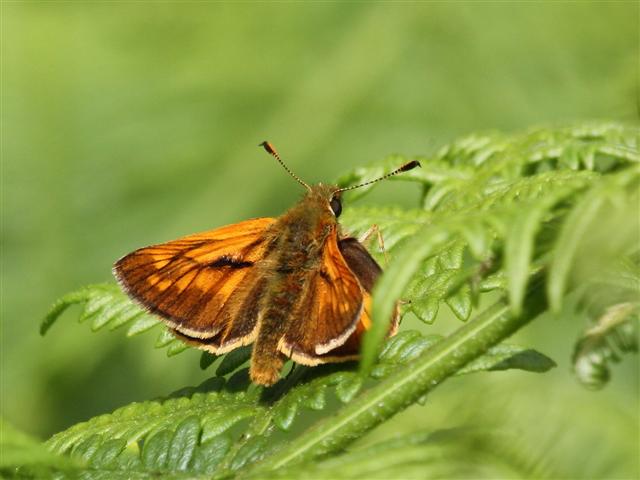 As expected at this time of year there were plenty of Large Skippers (Ochlodes venata) and again many soon settled onto the sunlit vegetation allowing fairly close encounters. 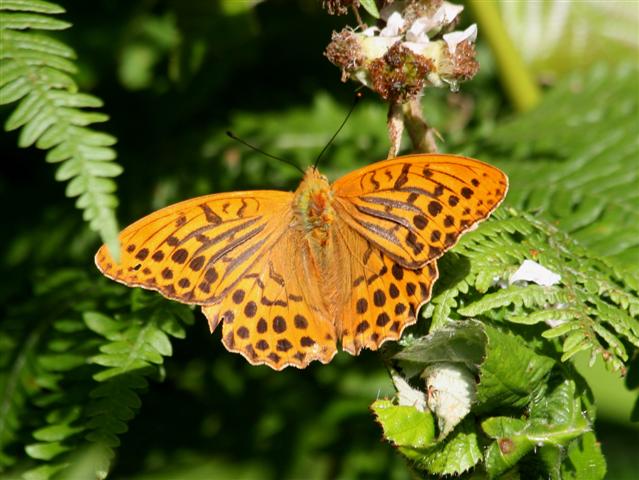 The star attraction however (in the absence of any sighting of a Purple Emperor) has to be any of the Fritillary species and I am fortunate to have a few locations near home where the spectacular Silver-washed Fritillary (Argynnis paphia) can easily be located from June through to early September. Like many species these have appeared slightly earlier than last year with my first sighting logged on the 8th June. 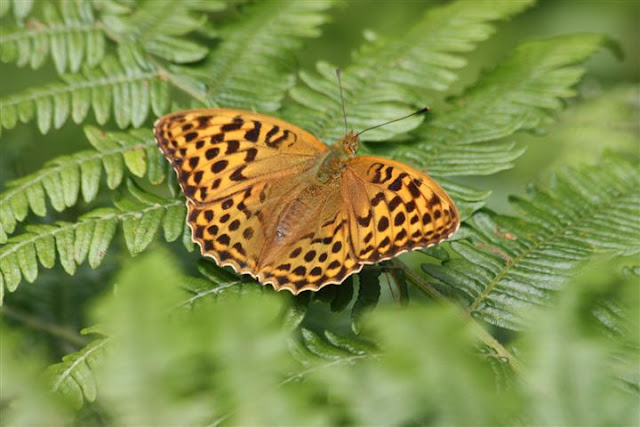 The females (see above) are much darker than the males and generally flutter about in the shadier areas of the open woodland. 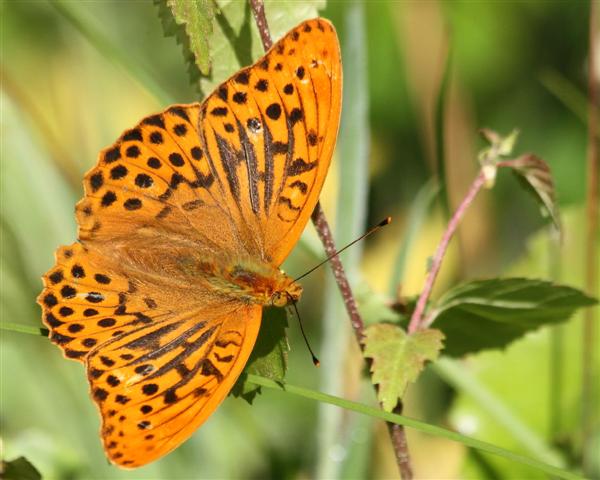 The male which has four bold dark sex bands on the veins of each forewing is much brighter and far more conspicuous as it patrols large areas, twisting and gliding in the pursuit of a suitor, only resting briefly before continuing its aerial acrobatics.
A number of other species were also very active including White Admiral, Ringlet and Meadow Brown plus a voracious predator, the Emperor Dragonfly but I'll save their images for another post.   FAB.
Posted by FAB at 21:43