Rye for a Sandwich. 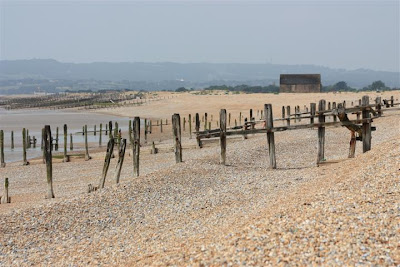 Last weekend, during a very early morning visit to Rye Harbour N.R. on another sunny but extremely windy day, I appeared to be the only occupant on this extensive shingle foreshore. With high tide many hours away the peace and quiet was regularly interrupted by the distinctive, loud, grating 'kerrick ... kerrick' calls of one of the nesting Tern species as they headed offshore to hunt for a meal. I don't profess to be particularly adept at photographing white birds in flight ...... it is definitely a challenge .... but with time on my hands I felt it was worth waiting to see what might be possible. 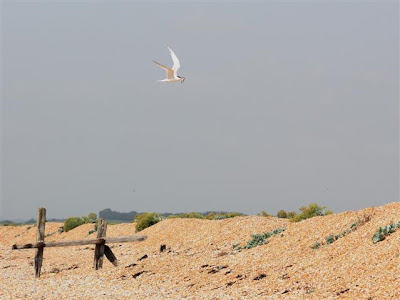 Initial shots were like the one above with the birds returning from fishing but all too distant for the lens.... but eventually my luck changed as a few flew nearly directly overhead. However they constantly decided to either jink left or right before disappearing at an alarming rate of knots towards their nesting colonies on the adjacent inland pools. My patience was wearing a little thin but after trying numerous different settings .... success. 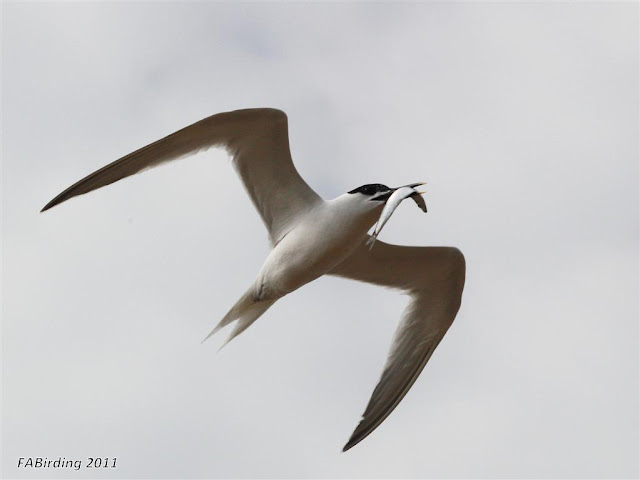 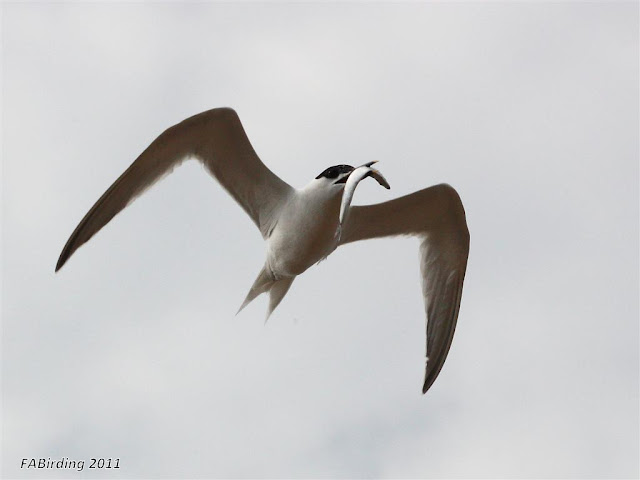 Not easy to pick out its distinct features from below but the complete black cap combined with the yellow tip on the long narrow black bill plus the large wingspan (typically 85 - 97cm) clearly says this is an adult in its full summer plumage. 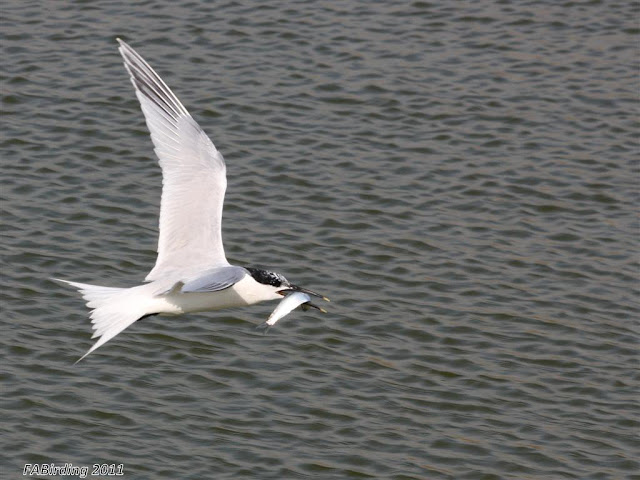 This side on shot of another individual clearly shows the darker outer primaries ... this wedge shape will eventually darken with wear. The partial white forehead indicates that this is an adult but still showing signs of its winter plumage.  FAB.
Check out WORLD BIRD WEDNESDAY for more glorious images from around the globe.
Posted by FAB at 00:01