For those who may have wondered about my recent blogging absence I can assure you that all is well in the Early Birder household. A mixture of family commitments, poor weather and hence a lack of photo opportunities plus a great deal of laziness on my part (early winter blues maybe!) led me to take an break from posting so regularly.

A week ago we travelled to the North Norfolk Coast to spend three days birdwatching with two of our closest friends. We initially meet up at Welney WWT and spent a cosy hour watching the wildlife from the heated observatory with masses of Wigeon, Teal, Pochard and Lapwings; a few Whooper Swans plus  distant views of 2 Marsh Harriers, Pintail, Shovellers and Black-tailed Godwits. Kestrel and Peregrine were also observed but regretfully no sign of the Glossy Ibis that had been present for a few days which had probably relocated somewhere nearby after everything was flushed earlier in the day by the Peregrine. 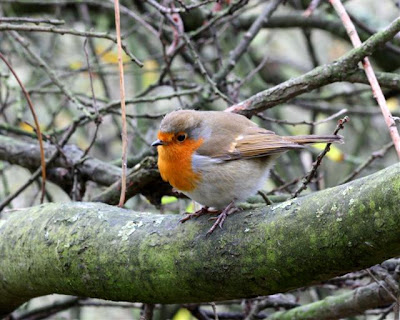 Continuing our journey we headed to the Titchwell RSPB reserve and as usual the first encounter was a very friendly Robin waiting for a handout along the pathway to the reserve centre. 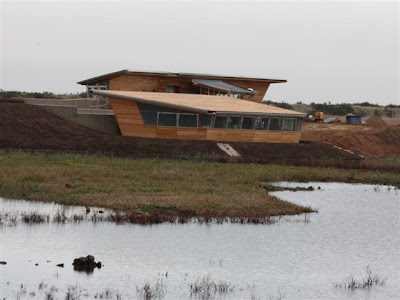 The new Parrinder Hide is still under construction (completion due by the end of this month hopefully). Apart from Avocet, Lapwing, a few Black-tailed Godwits, Redshank and Ruff plus a single Snipe there were very few waders to be found on the main pools. I did however locate a single Spotted Redshank on a tiny pool on the grazing marsh together with Little Egret and Curlew. A flock of Golden Plover flew over but didn't stop for a rest. During a subsequent visit we did locate a single Smew (Red-head) and a sizeable flock of Twite. With just an hour of daylight left we headed towards the beach. 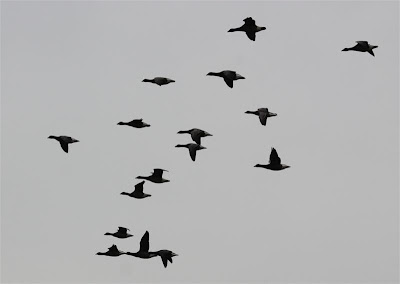 Brent Geese flying off towards Thornham. 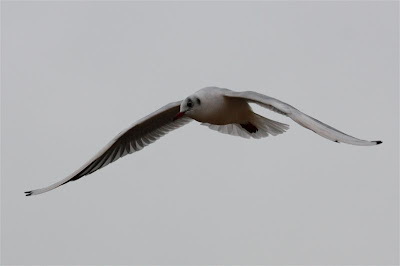 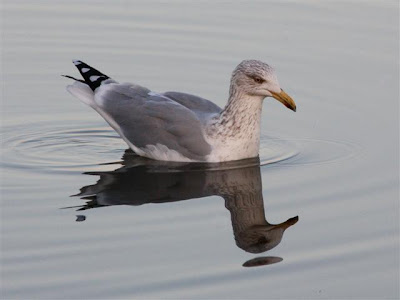 Herring Gull lazing about on the brackish lagoon.
A quick scan across the sea produced a number of small flotillas of Common Scoter a long way offshore. Along the retreating tideline we watched Oystercatchers, Grey Plover, Bar-tailed Godwits, Turnstones and Dunlin feeding but too far away for any photos. 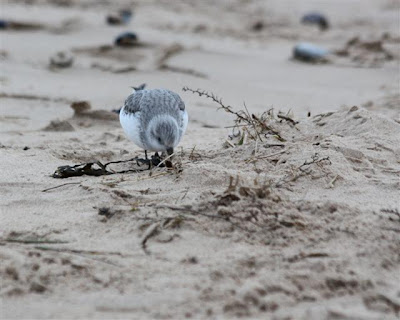 Just before we decided to head inland I did manage to capture a couple of images of Sanderling feeding hide up on the sandy beach. 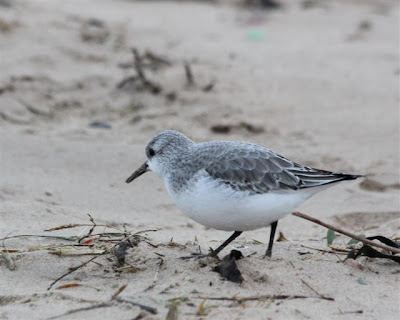 I actually walked nearly a 100 yards to get ahead of a small group as they stopped briefly to search for a meal but every time I settled down to take aim their little legs went into overdrive as they skitted on past me! 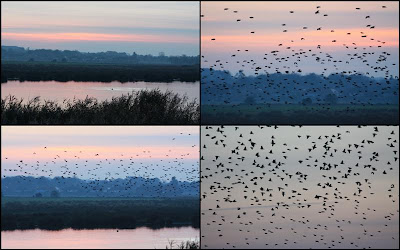 The final highlight after logging 7 Marsh Harriers coming into roost was the gathering waves of Starlings wheeling back and forth over the reedbed; the numbers growing minute by minute until eventually they all dropped out of the sky and disappeared into their night-time home. 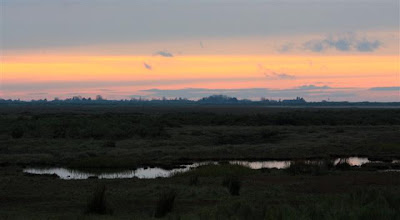 With the light fading fast and the temperature dropping to nearly freezing point we headed back to the cars for the short journey to our local hotel. The forecast for the next day was better than expected so during our tasty evening meal we decided on a visit to Cley ..... to be continued.    FAB.
Posted by FAB at 17:32