Continuing on from my previous post Norfolk Review (Part 2) Cley NWT. Tony and I followed the East Bank scanning either side for any new sightings. 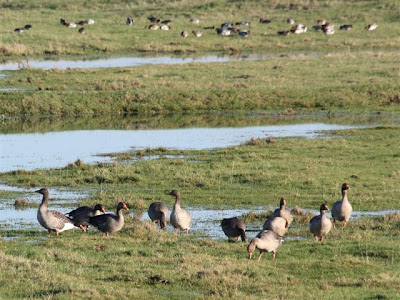 Greylag Geese feeding on the grazing marsh with Brent Geese and Wigeon in the distance. 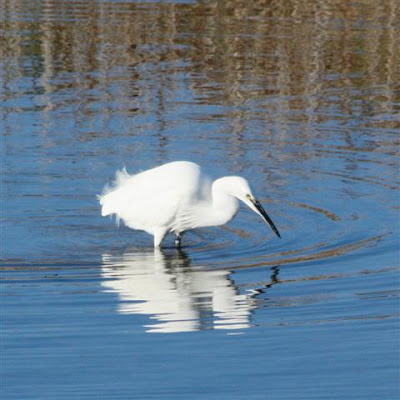 Little Egret gently creating ripples as it hunted for its prey. 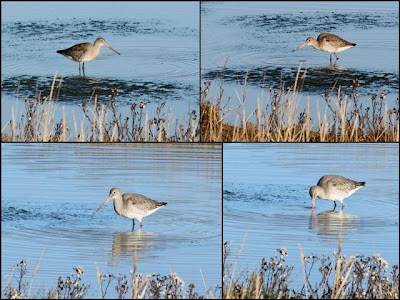 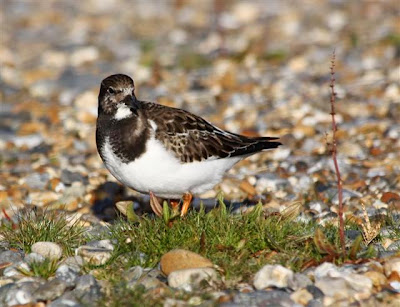 Turnstone.
Two migrant species to look out for at this time of year are Shore Lark and Snow Buntings that often frequent the shingle seawall defences and we were not to be disappointed. 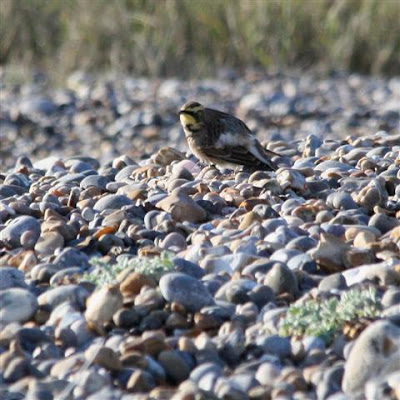 One of four Shore (Horned) Lark flitting about on the shingle.  (Regretfully I only managed a distant  record shot, heavily cropped, in very harsh sunlight!)

Both Tony and I did get to find at least 5 Snow Buntings but they were constantly feeding and hidden by a mound of vegetation so regretfully no pictures on this occasion so we trudged onwards across the pebbles to meet up with our other halves who were waiting at the beach car park. 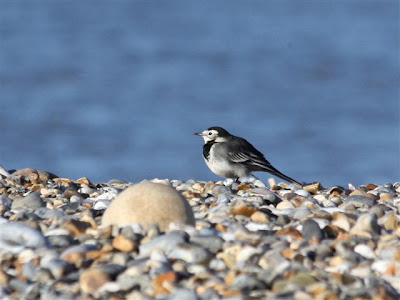 Pied Wagtail
During our walk back inland we added Canada Geese, Reed Bunting, Stonechat and Kestrel to the day list. As we we prepared to cross the road back to the car park I spotted a Barn Owl floating over the reeds. 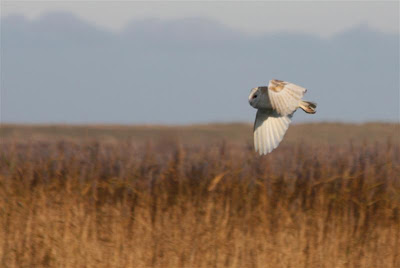 I took this quick shot as it disappeared into the distance not expecting it to return, but I was wrong ... a few minutes later it returned and this time I was slightly better prepared to capture the following shots as the light began to fade. 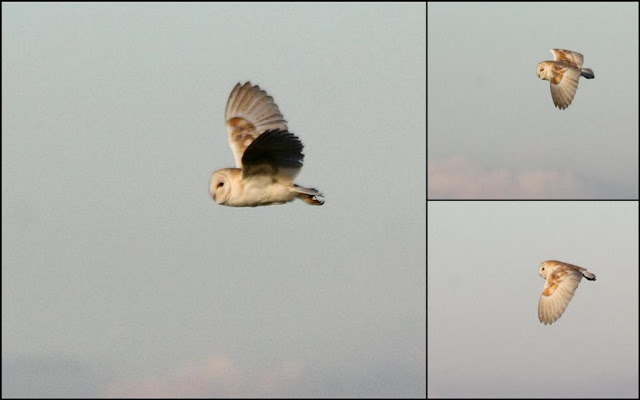 What a glorious finale to an excellent few hours birding around the NWT reserve at Cley before heading off to Holkham to watch the Pink-footed Geese fly out to their night time roost.   FAB.
Posted by FAB at 17:53