Just over a week ago I travelled south to Pagham Harbour (2 hour drive) and parked at The Spit, a natural shingle bar which overlooks the sea, a narrow harbour entrance and the extensive area of tidal mudflats which becomes the home to a dazzling array of wildfowl and waders throughout the winter. 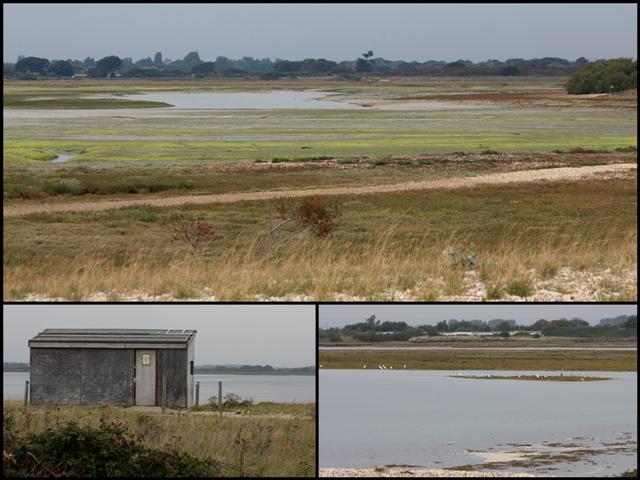 Some two hours or so before high tide the scene appears very quiet apart from the blustery wind but I can assure you that there are birds out there somewhere! Initial sightings included Redshank, Grey Plover, Dunlin, Turnstone, Curlew, Lapwing, Oystercatcher, Wigeon, Teal, Grey Heron, Cormorant, Canada Geese, plus Black-headed, Herring, Lesser Blacked-backed and Great Black-backed Gulls. 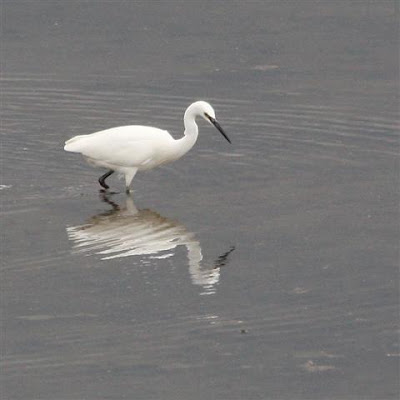 My first photo opportunity was a Little Egret feeding in the  Breach Pool way down below my feet.


Historic research indicates that the Little Egret was once present in Great Britain but disappeared during the 16th century due to various factors. It reappeared in significant numbers during the late 80's and I distinctly remember my first sighting (1st Jan 1994) .... peering through my scope at a very distant white blob amongst reeds on the far side of Pagham Harbour with everyone who passed by saying "You're wasting your time looking at a white plastic bag!" Well some 20 minutes later the white object sprang into life and flew across the harbour. Over the ensuing years their numbers have dramatically increased so it is a poor day when you don't see any. 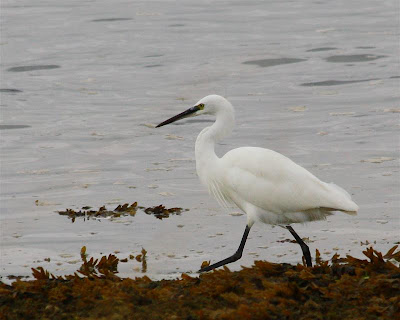 After chasing a couple of Wheatears and two seperate large flocks of Linnets constantly moving away from me I decided to head into the Spit hide and spent some time watching up to two dozen Little Egrets patrolling the waters edge as the tide came in. I took masses of shots and have put together two collages to provide a flavour of their activities. 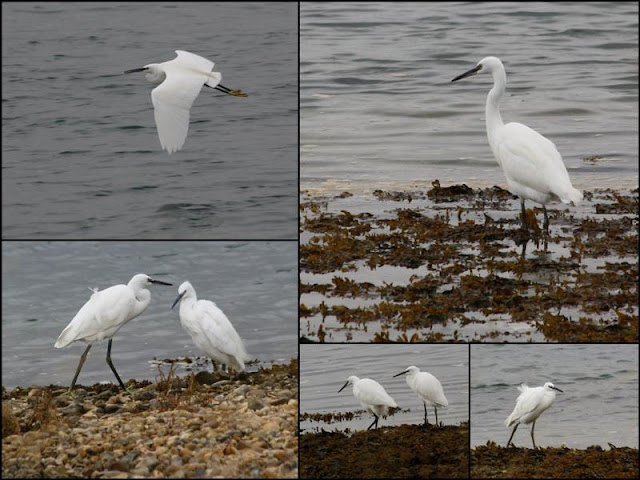 From time to time new birds would fly in from other parts of the harbour, meet and greet their friends, and then slowly the numbers dwindled as high tide reached its peak. 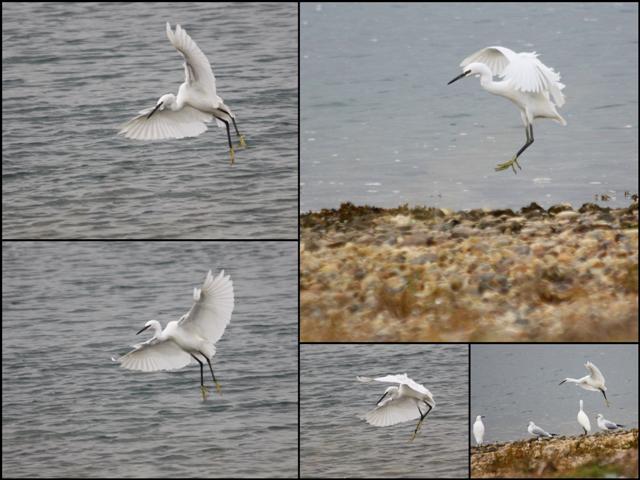 Please note that all of the flight shots have been cropped. 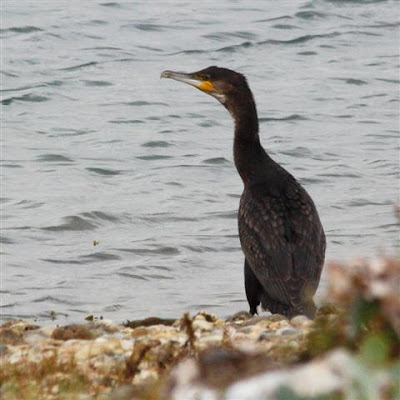 A Cormorant dropped in briefly before joining its friends on a fishing exercise in the channel. At high tide most of the wildfowl and waders had moved further up into the harbour so I took a short stroll over to the Lagoon poll with Little Grebes appearing and then disappearing from the waterside reeds. In total I counted 16 so obviously a good breeding season this year. As usual there were plenty of Coot on the water. 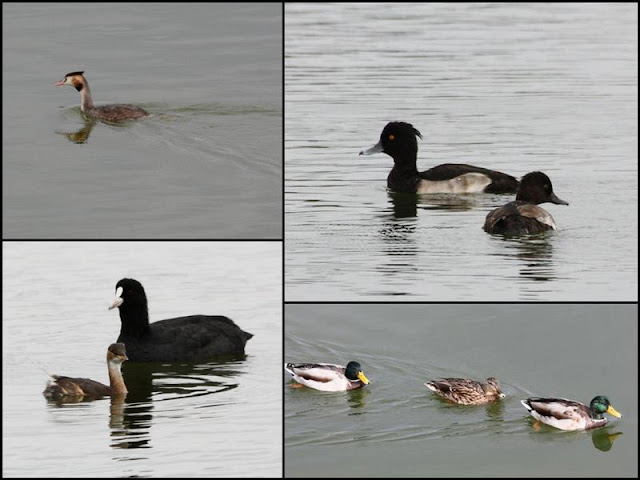 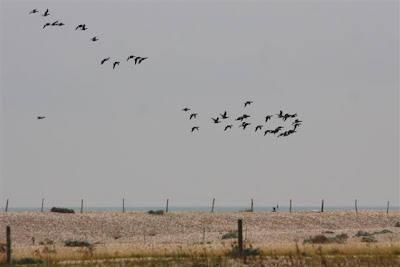 Returning to the car I had my first distant glimpse of 40 Brent Geese flying along the Spit, a definite sign that migration is well underway, so I'm looking forward to further visits as the year progresses.   FAB.
Posted by FAB at 21:31