A week ago during a visit to Richmond Park I came across a group of 24 Red Deer and the  Does were peacefully resting together with their sleepy guardian until I turned towards them. 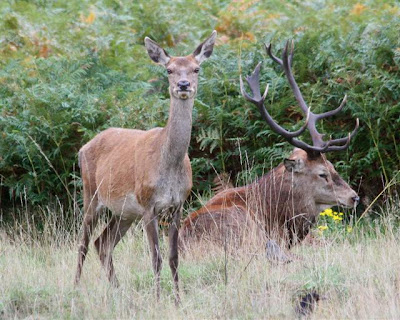 As this is the rutting season it is important to keep ones distance so I carefully approached to about 80 yards away using the nearby tree trunks as partial cover. Not unexpectedly the Does immediately pricked up their ears but as I was downwind they stayed very calm but very watchful. 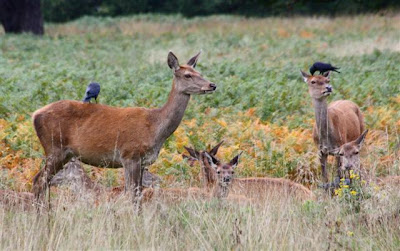 However what did interest me was the direct association with a group of Jackdaws who were busily undertaking a clean up by removing insects from the coats of the Does. 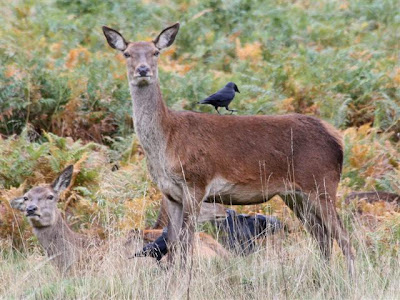 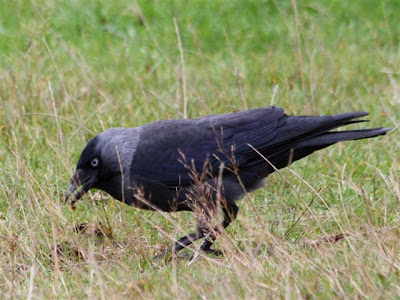 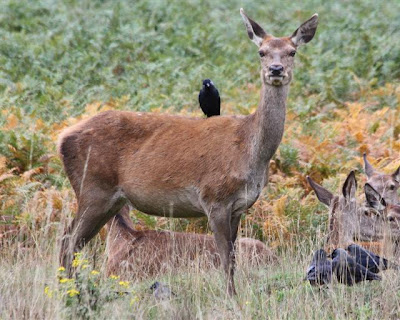 When I returned to this group later in the day the scene was not so peaceful and I'll share this in a later post. In the meantime have a good wildlife watching week wherever you are.  FAB.
Posted by FAB at 00:04