Throughout our seven day birding holiday in Greek Macedonia our group recorded sightings of 34 species of butterflies plus a few moths and various other insects. I certainly didn't see them all but many of those I did see were lifers. 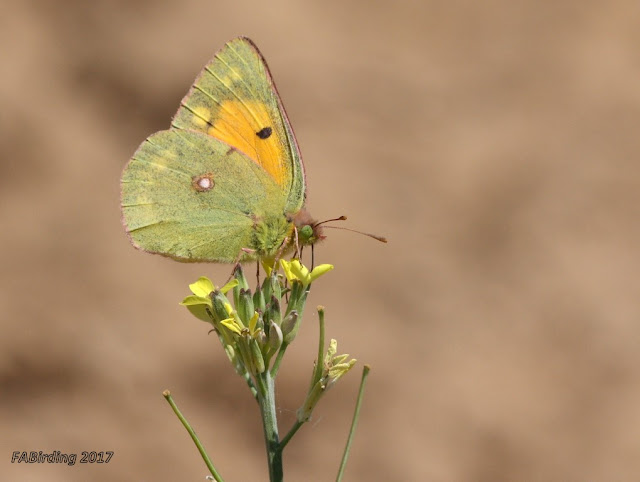 Clouded Yellow (Colias crocea). Photographed during a drive along the eastern embankment of Lake Kerniki. 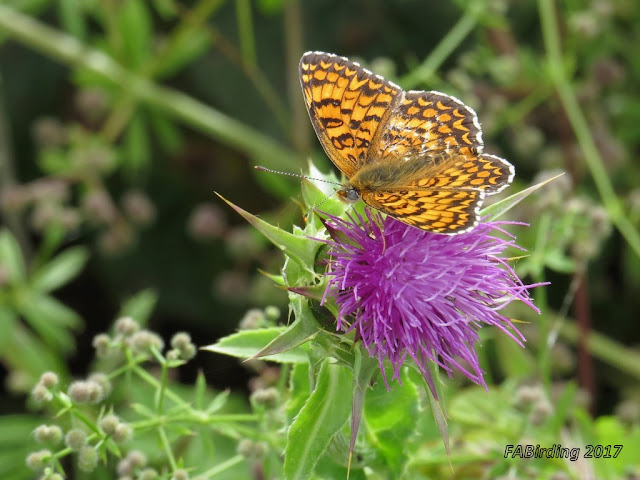 Lesser Spotted Fritillary (Melitaea trivia) was the most common species seen throughout our trip. 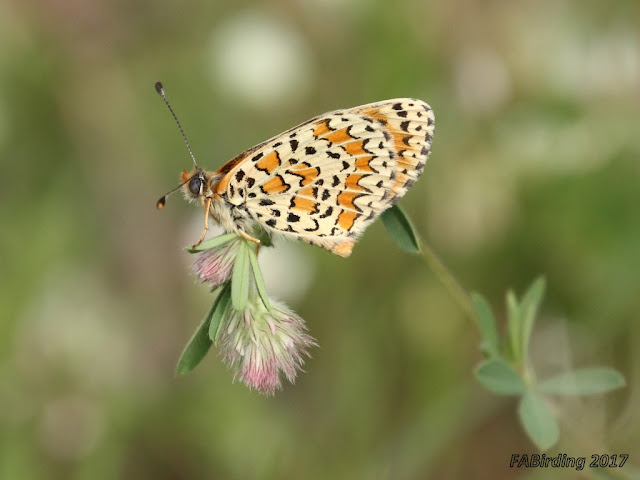 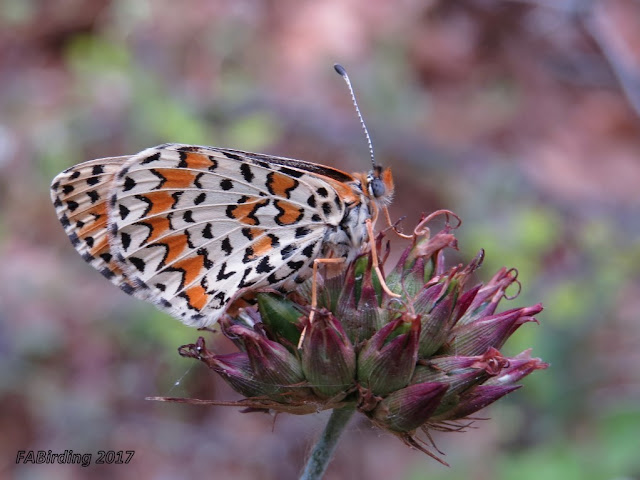 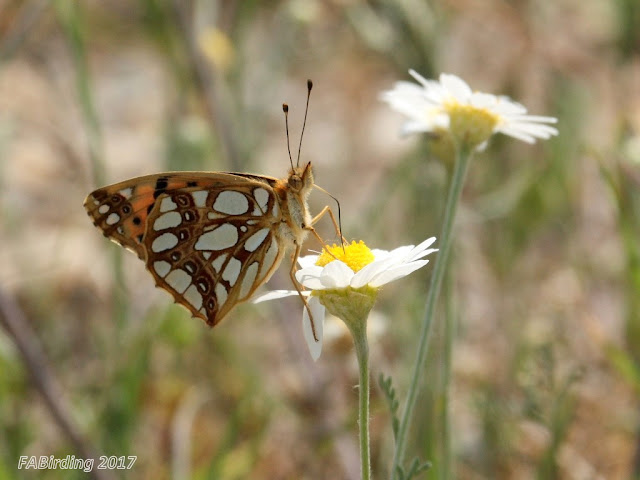 Queen of Spain Fritillary (Issoria lathonia) [above] with its distinctive under-wing pattern of large pearly-silver spots photographed in the Strimonas valley. 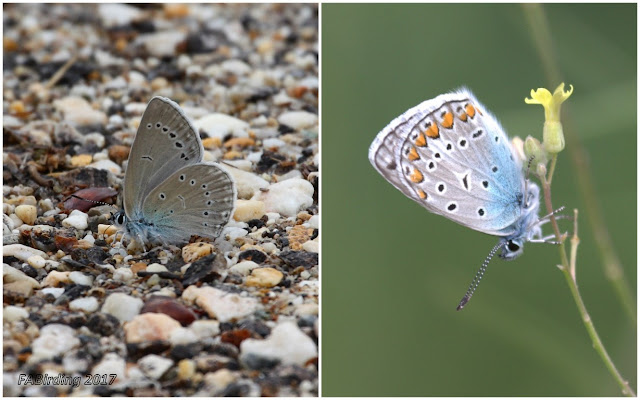 A number of 'blue' species where seen but the rare Iolas Blue (Iolana iolas) [above left] that is so much larger than the Common Blue [above right] was a special treat as this upland species often roams several kilometers rarely stopping long in one place. 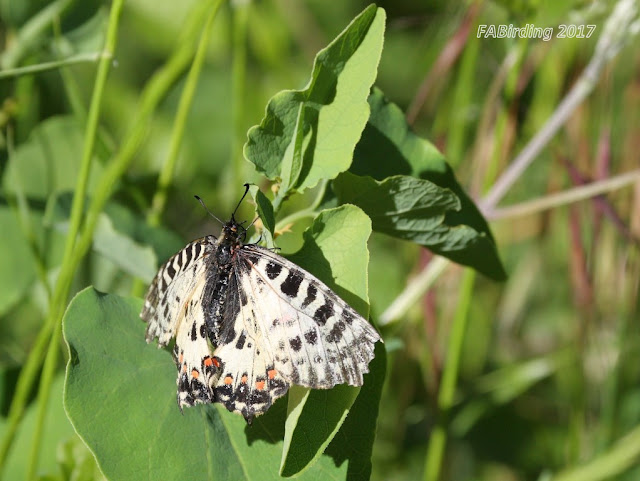 I saw Eastern Festoon (Zerynthia cerisyi) flying close to some dried out Carp ponds near Vironia on day two and finally grabbed a shot of this faded individual on a revisit to this area two days later. 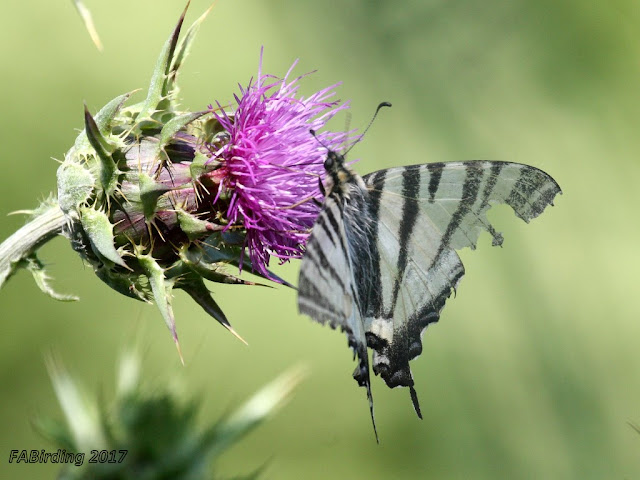 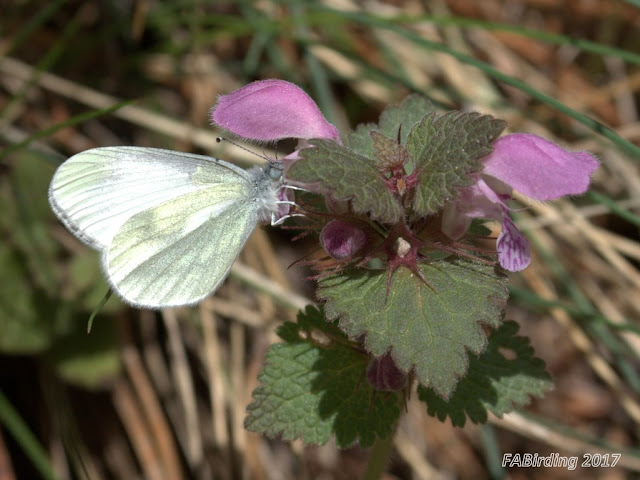 This Eastern Wood White (Leptidea duponcheli) was seen along a track on the slopes of Mount Vrondous. 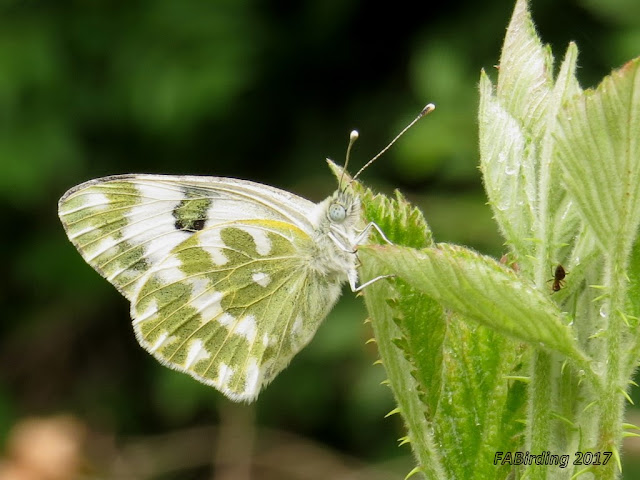 Eastern Bath White (Pontia edusa). One of the most frequently seen white species during our holiday. 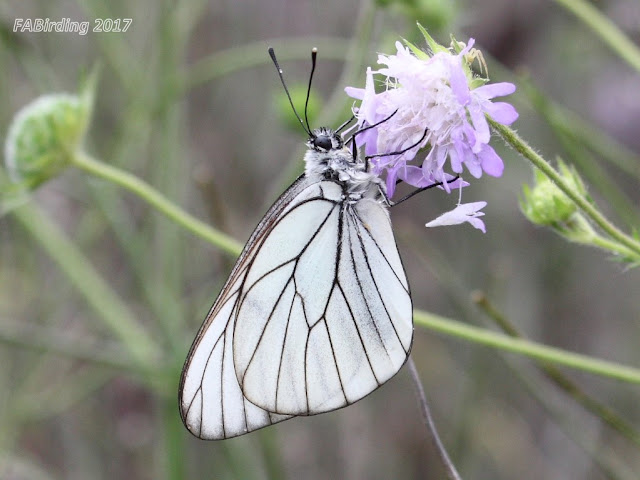 One species that has been extinct in the UK since the 1920's is the striking Black-veined White (Aporia crataegi). The male [above] and female with an  attendant Transparent Burnet [below] were seen at various localities. A strong flyer that didn't appear to rest anywhere until these individuals were spotted nectaring on two separate cooler mornings at totally different altitudes. Other species photographed [clockwise from top left below] were Small Heath, Duke of Bergundy, Sooty Copper and Lattice Brown. 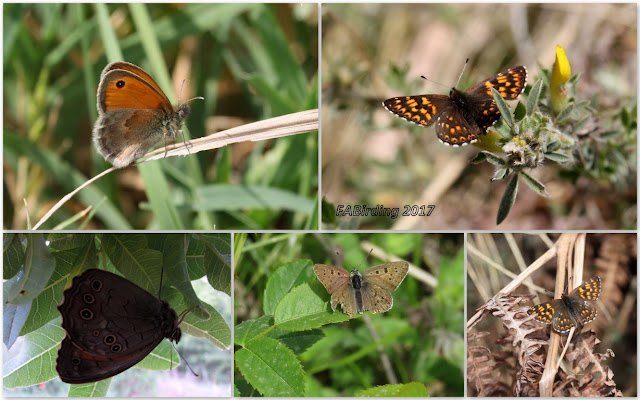