One of the highlights of our week in Northern Greece was a morning excursion across Lake Kerkini to the drowned forest to view the various birds that regularly visit and nest on this important wetland habitat. 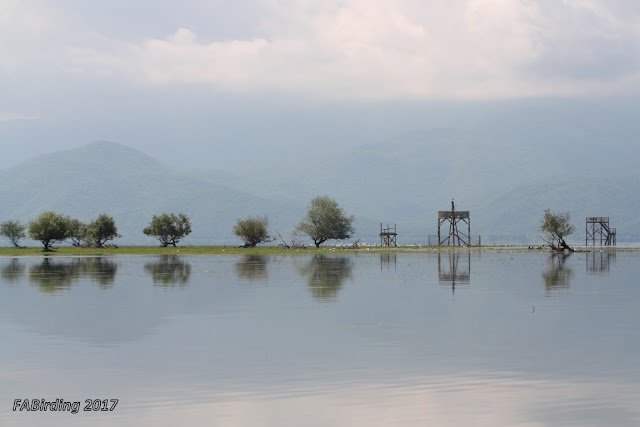 Historically the lake fed at it’s north-eastern corner by the River Strimonas flowing out of Bulgaria was not permanent. In 1932 the first dam was built at Lithotopus at the south-eastern end but following a build up of sediments over the ensuing fifty years a higher dam and improvements to existing embankments was completed in 1982 to improve flood protection and provide agricultural irrigation. The lake is approximately 15km long, with a maximum width of 8.5km and its depth varies from 1 to 10 m. Its surface rises and falls depending on the season from 55 to 85 km2. 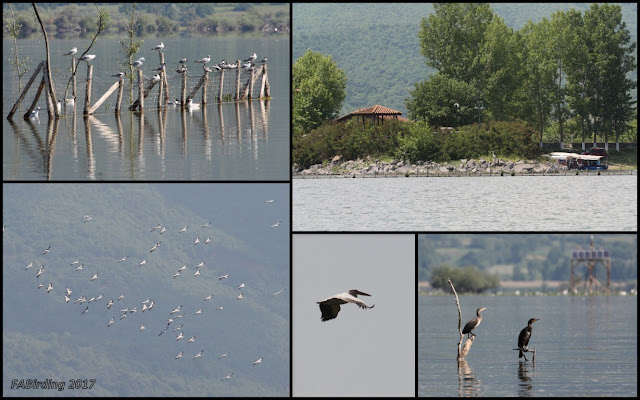 We set out from Kerkini Harbour on perfectly calm water heading towards the north-eastern corner with large flocks of Dalmatian Pelicans soaring against the backdrop of the mountains or lazily flying over the lake; resting Great Cormorants, plus Black-headed Gulls and Terns. Both Common, Whiskered, Black and White-winged Black Terns were easily identified flying around us. 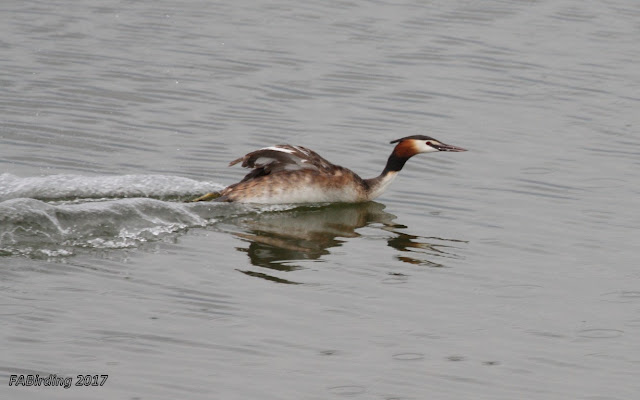 Great Crested Grebe dashes across the water along side the boat. During our days around the lake we saw hundreds of pairs in various stages of courtship. Apparently the actual number of nesting pairs is unknown and difficult to estimate due to the size of the lake and their distribution! 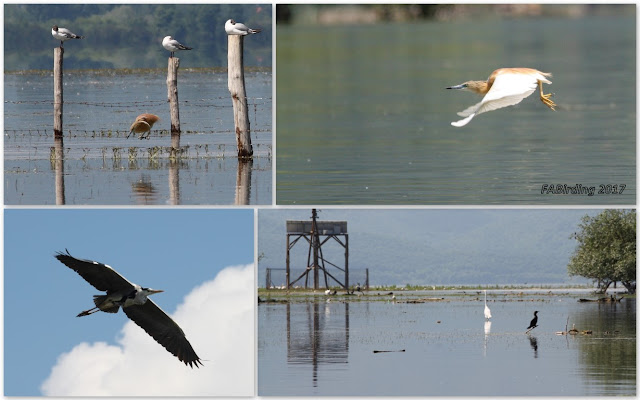 So where to look next? A Squacco Heron eying up a meal below its wire perch or flying past us; Grey Heron overhead and a distant Great White Egret and Pygmy Cormorant. 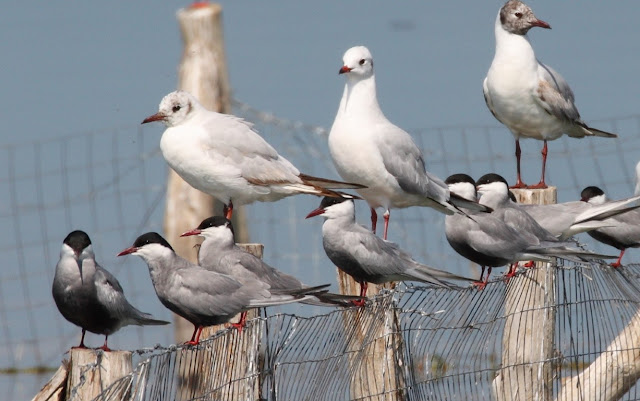 The wire fences accommodated a nice collection of Whiskered Terns with Black-headed Gulls. 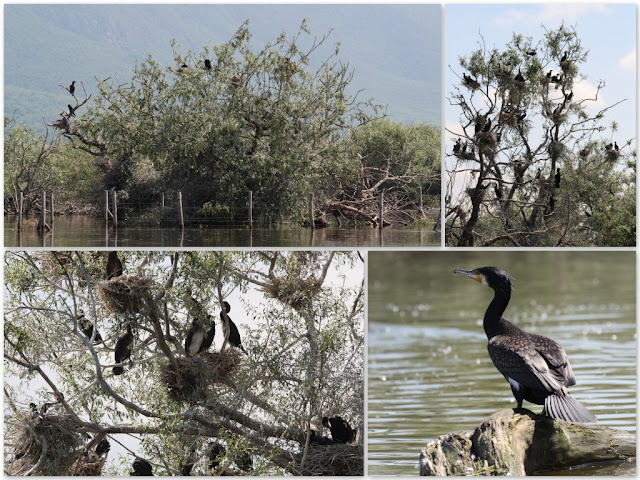 As we drifted slowly into the drowned forest we were surrounded by the shear volume of sounds of nesting Great Cormorants together with the much smaller and rarer Pygmy Cormorants which breed here.
The reason for the lakes' success as a both a feeding and breeding location is the sheer number of fish available providing the spawning areas remain intact. 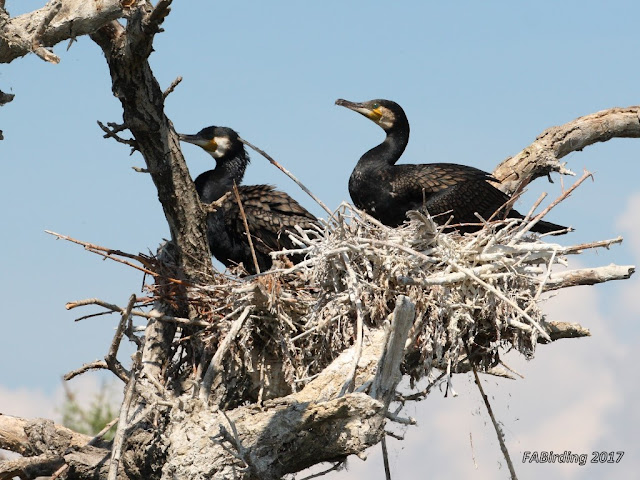 Dotted in amoungst the Cormorants were nesting Spoonbills (above) with the breeding adults sporting their ochre  breast band and neck patch. 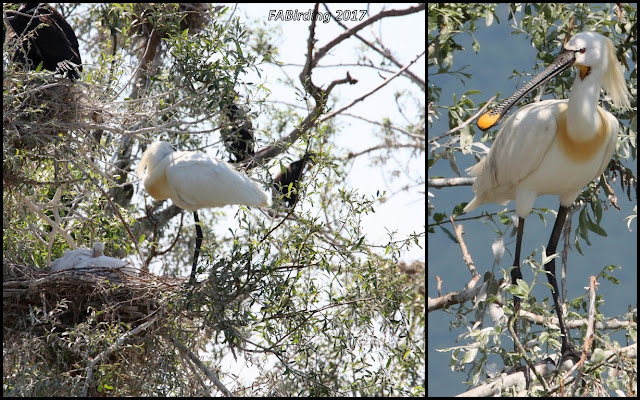 Dotted in amoungst the Cormorants were nesting Spoonbills (above) with the breeding adults sporting their ochre  breast band and neck patch. More images of this species will appear on FABirding in due course. 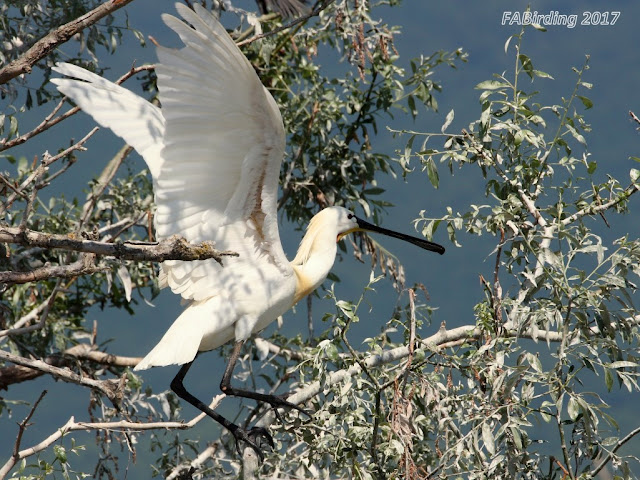 The other species that entranced me (below) was the Black-crowned Night Heron. Perched out in the open this individual provided great views.
You can click here to view some other close ups on FABirding. 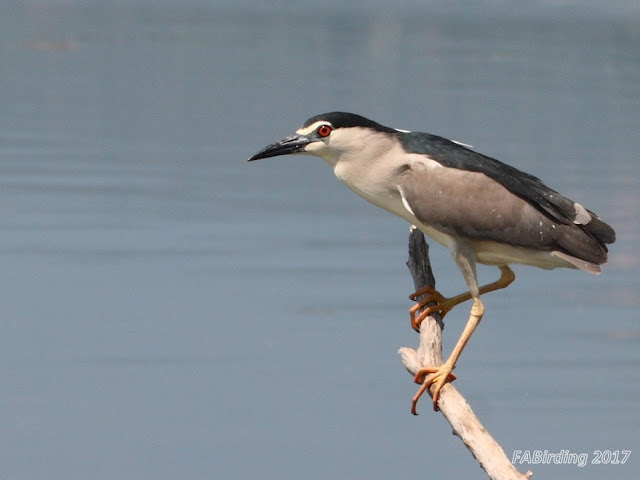 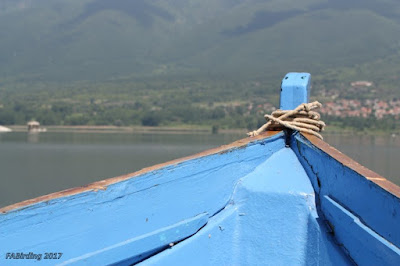 Before long it was time for our expert local guide and boatman to move on and take us to view the other important species on the lake; both Dalmatian and White Pelicans at their breeding platforms.