A visit at the end of June, albeit on a slightly overcast and windy morning, to Juniper Bottom enabled me to catch up with a few more butterfly species on the chalk downland slopes. 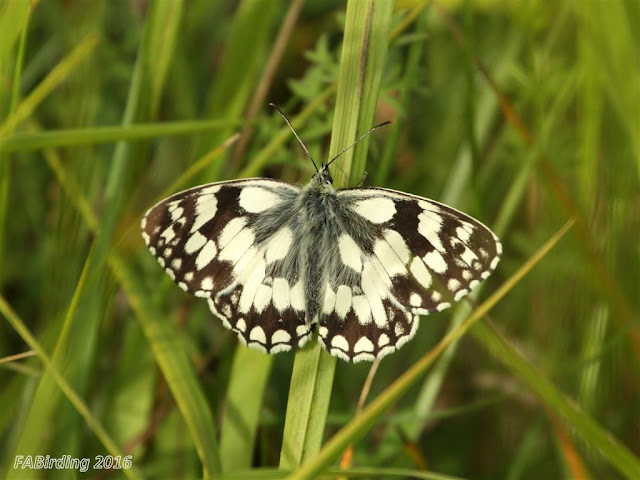 The most obvious flutter on the wing when the sun chose to briefly show itself was the Marbled White (Melanargia galathea ) often stopping to nectar for a few moments on the wild privet. 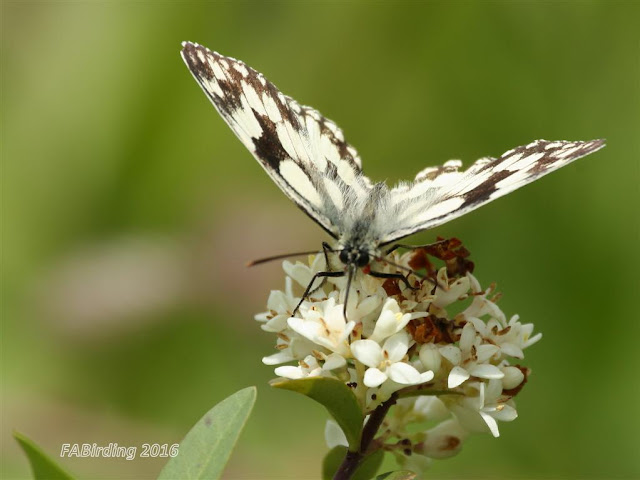 It is quite common to find Marbled Whites with red parasitic mites clinging to the thorax, head or abdomen. Studies indicate that these mites Trombidium breei are harmless to the butterfly, and have no detectable effect on the flight performance, orientation ability or lifespan. The same species of mite parasitises several other grassland butterflies including Meadow Brown, Gatekeeper, Common Blue, Chalkhill Blue, Adonis Blue and Small Skipper. 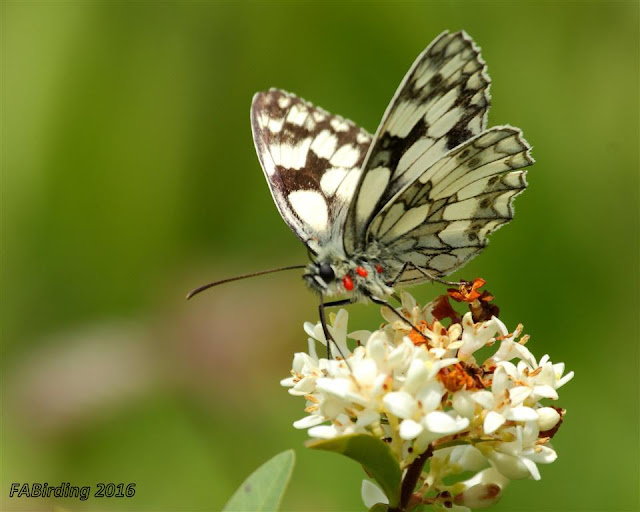 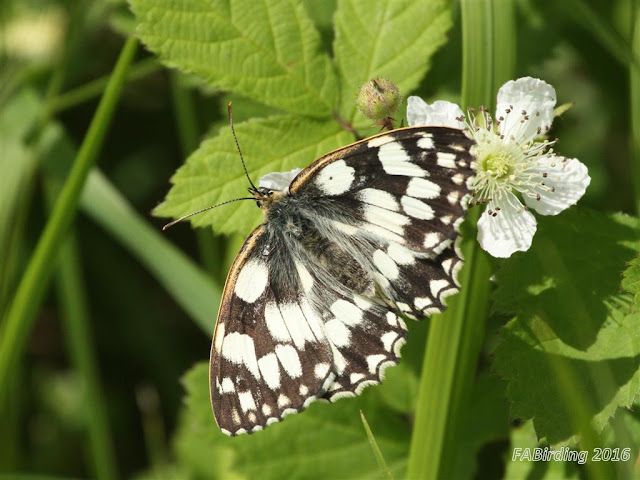 The images above and below are the female Marbled White. 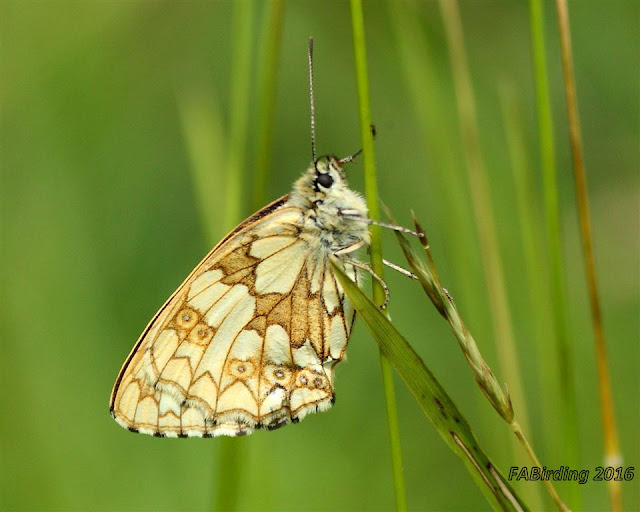 After a little searching I finally located a pair mating (see below) deep down in the grasses. 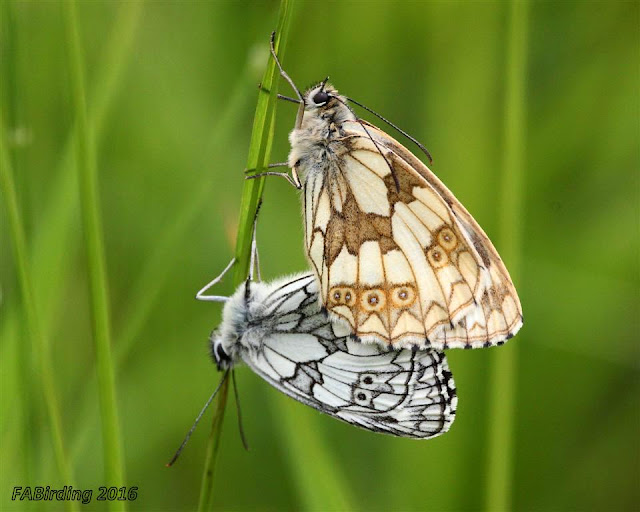 This view shows the distinctive difference between the sexes by comparing the dark peppered patterns on the under wings; a neutral grey colour on the male, while in the female they are a warm grey brown. 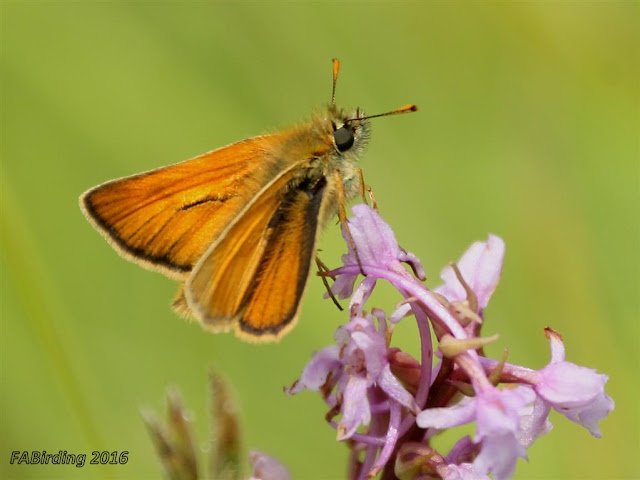 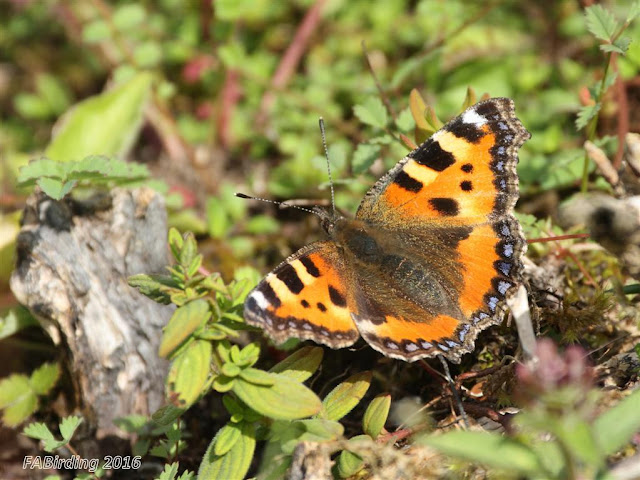 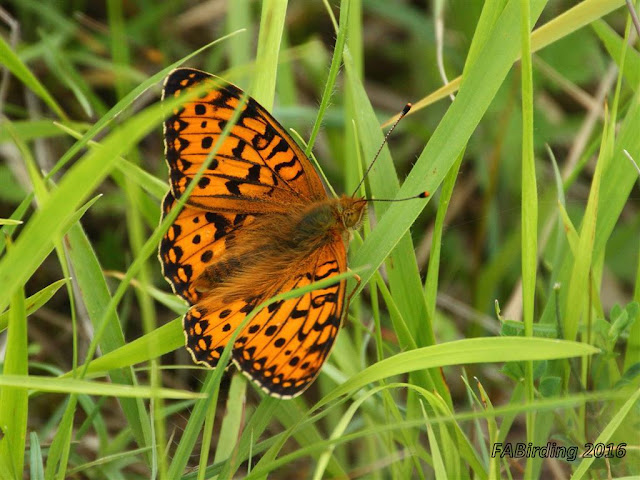 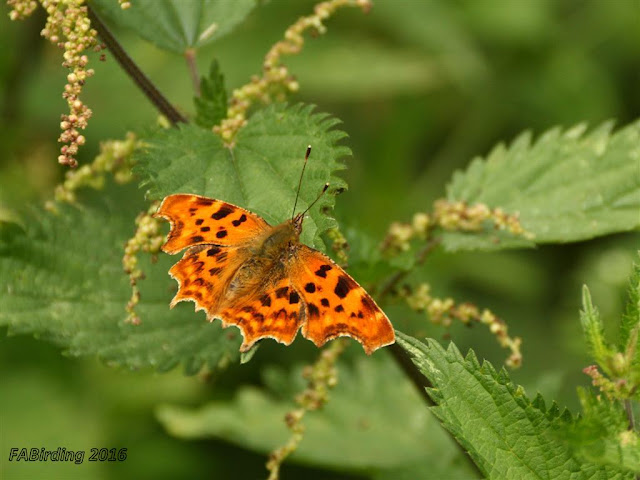 However I suspect the star species for most of the 27 participants was the Purple Emperor. Whilst we had two sightings of males flying fairly high during our walk the bonus was a male fluttering around us at head height at the end of the walk. It then decided to rest at our feet for over 45 minutes. Just a pity it didn't open its wings! 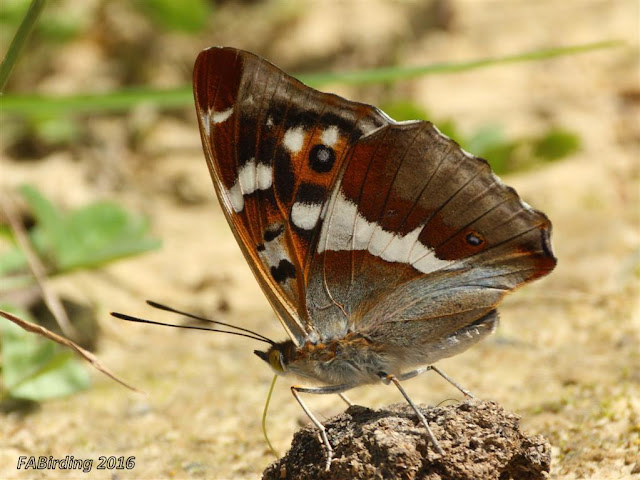 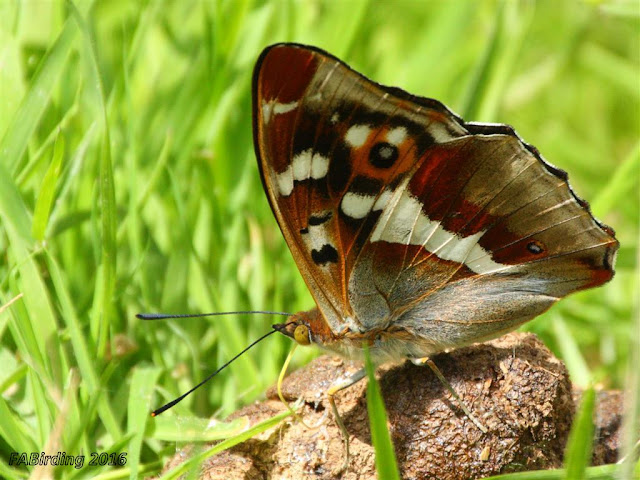 Next Thursday I have agreed to lead a walk on Ashtead Common so providing the weather obliges we should have more sightings of Purple Emperor and I might get the opportunity to grab some images of Purple Hairstreak, White Admiral and Silver-washed Fritillary. FAB.

Linking to:
Saturday's Critters
Posted by FAB at 18:57