A week ago we decided to drive to the south coast and took a very leisurely stroll along the North Wall overlooking the expansive waters of Pagham Harbour. 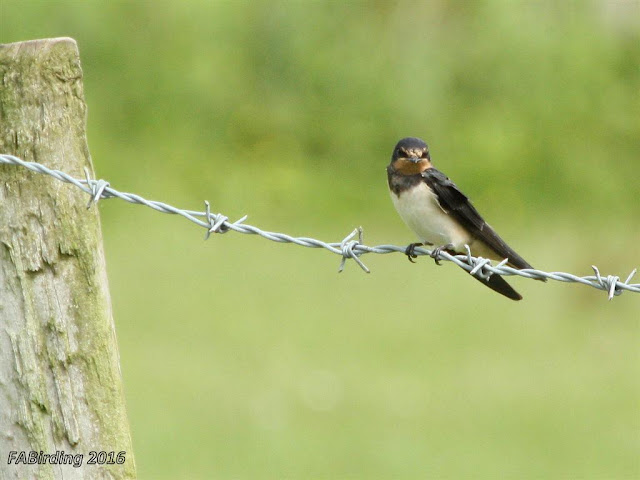 One of a number of Swallows taking a rest from chasing insects above the horse paddock behind the harbour wall. Other insect feeders on the wing were Sand and House Martins plus a few Swifts high in the sky.

Unfortunately our arrival coincided with the high tide so most of the bird life was somewhat distant but we managed to spot various waders including Oystercatcher, Curlew, Dunlin, Turnstone and Grey Plover. 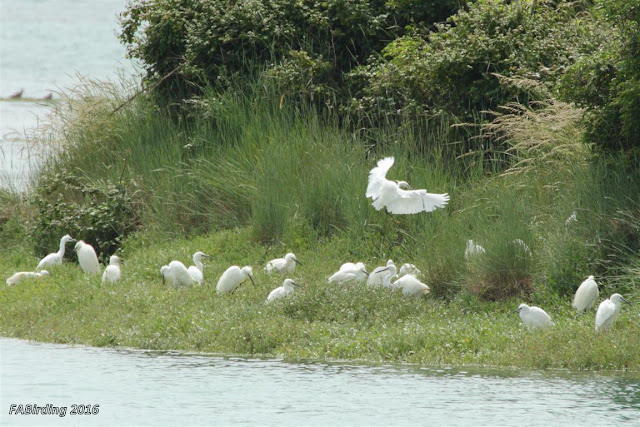 A few areas of vegetation remain visible at high tide and one held 26 Little Egrets waiting for the waters to recede.
It is interesting to remember that back in the 1980's I would have been fortunate to catch sight of just one of these delightful birds anywhere around the harbour; such has been their breeding success during the last 25 years. 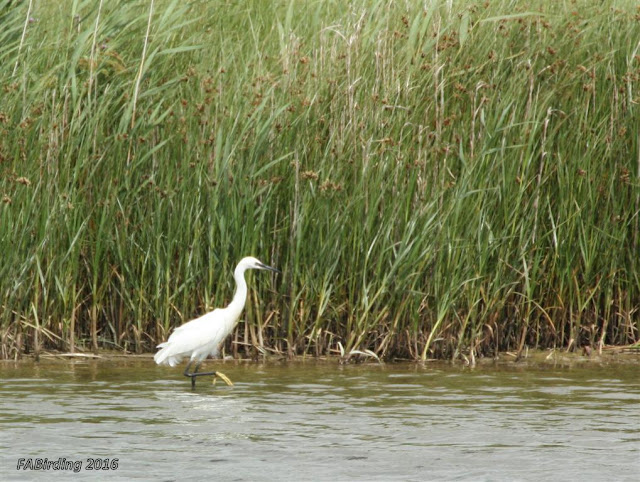 One Little Egret was still working the reed edge for food on one of the inland pools. We heard the distinctive call of Cetti's Warbler and followed its flight from one hidden perch to another deep within the field edge vegetation where a Common Whitethroat (below) was also located. 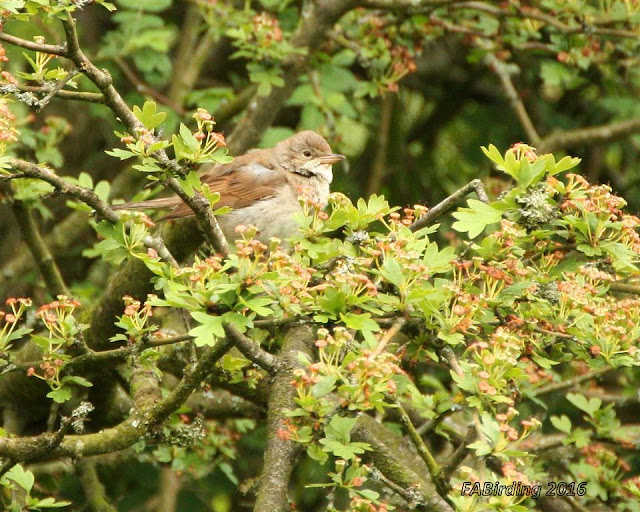 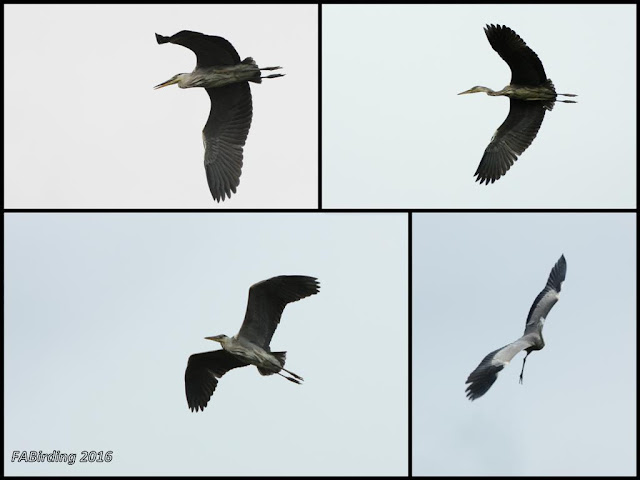 While listening to the calls of Reed Bunting and Sedge Warblers, that typically failed to show themselves, we watched a number of Grey Herons (above) erupt from their heronry site before resettling a few minutes later followed shortly thereafter with the fly past of a Little Egret (below). 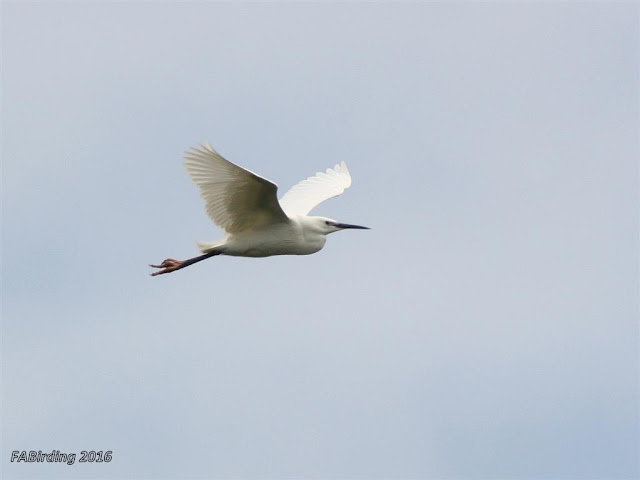 The final photo capture on our return walk was of a Roe Buck in the field beyond the harbour wall. Despite the distance between us he was very aware of our presence. 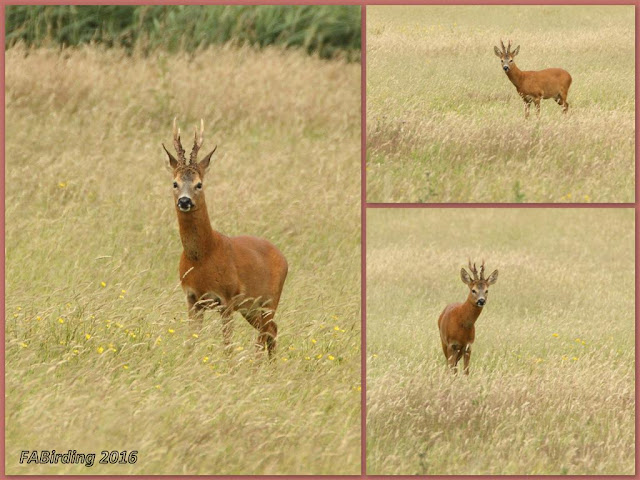