It has been another week of some sunshine and plenty of showers and the pattern is set to continue well into this week. Certainly not a pleasant situation for much of our wildlife. 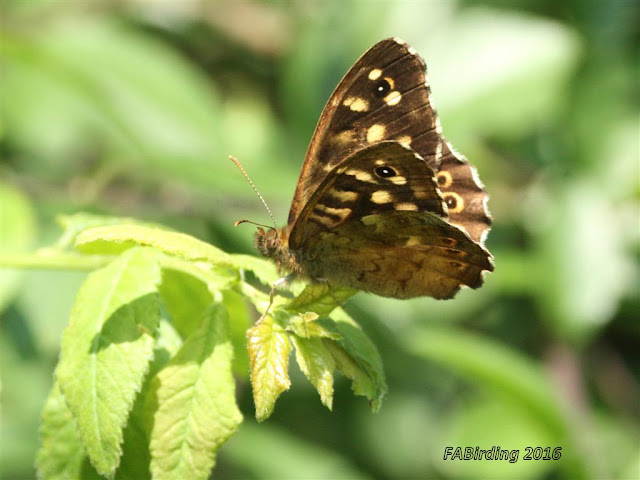 Once again my woodland butterfly transect walk on Saturday produced very few sightings despite the warm, humid temperature. Just a few Speckled Wood (see above) plus Green-veined White and Brimstone. I'm guessing it might be a couple of weeks before any new species such as the Skippers, Meadow Brown and Ringlet start to emerge due to all the wet weather. 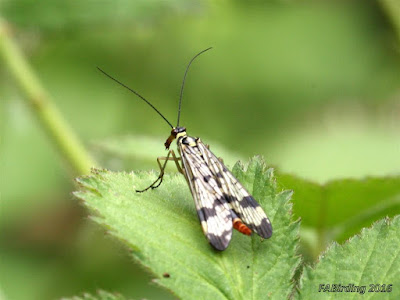 A few moths and flies were on the wing but only this Scorpion Fly perched for a photo-call. 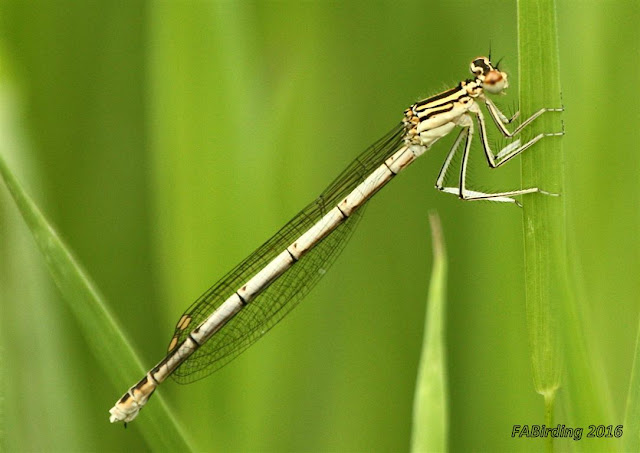 One species that definitely caught my attention was an immature female White-legged Damselfly hiding amongst the grasses close to a small pond in the woodland. From memory this is the first season that I have recorded them in this spot so I'll need to keep an eye open for any male activity over the next few weeks.


Returning through the woodland close to the car park I heard the very distinctive incessant begging calls of young Great Spotted Woodpecker (below) and fairly easily located the nest hole in a Birch. I had to wait for quite some time to see the adults returning with food but my view was hampered by the increased greenery of other trees so only managed one shot of a youngster peeking out. 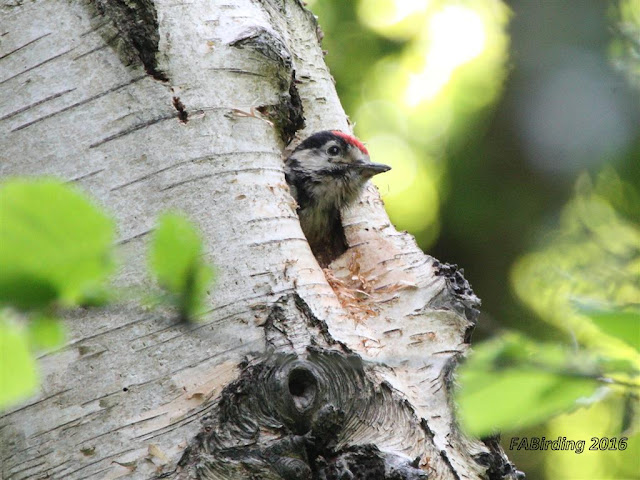 I checked the above nest site again this morning and all was very quiet indicating that the youngsters have now fledged. 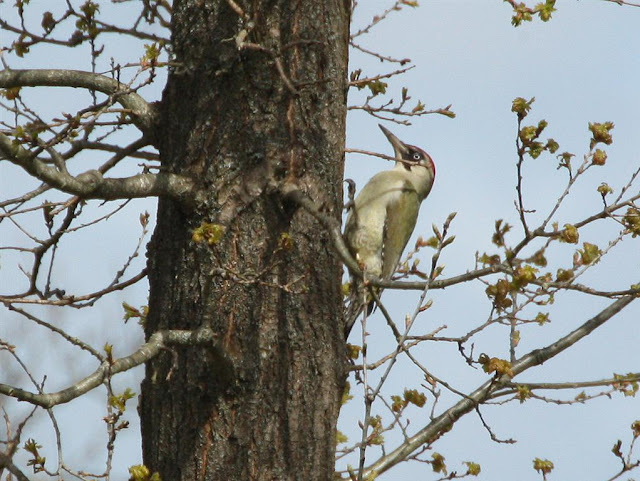 Whilst I have recorded the tiny Lesser Spotted  in the same area some years ago the other common resident species is the Green Woodpecker (above) but I haven't yet found evidence of any breeding activity. 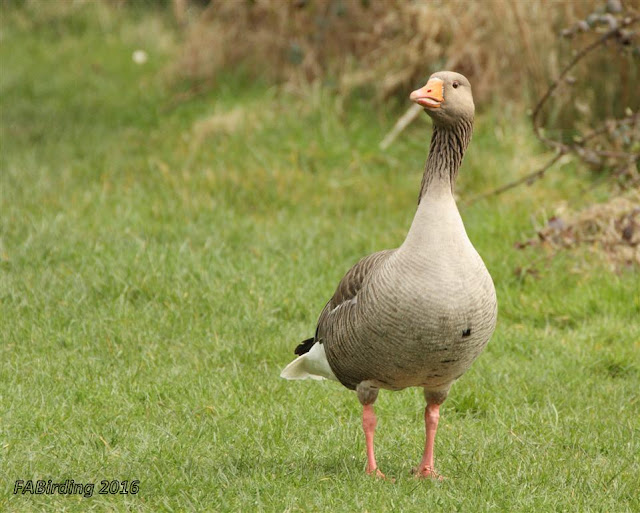 One species that only occasionally turns up, usually in the winter months, is the Greylag Goose but this individual was actually paired up with a Canada Goose (see below) just over a week ago but I don't think they have stayed around to breed another hybrid! 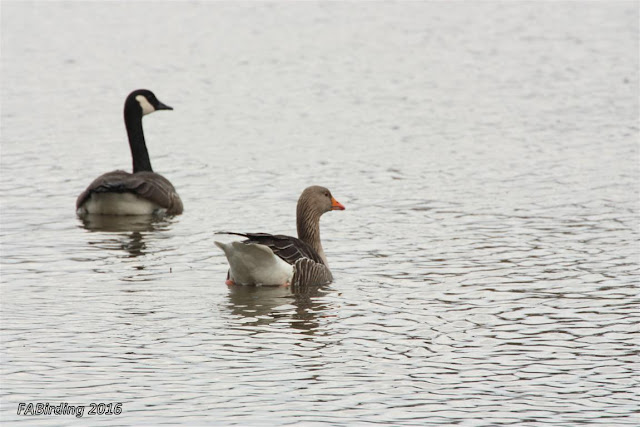