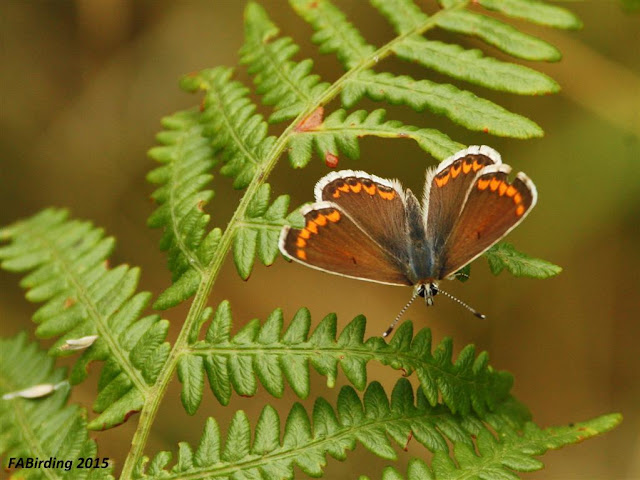 While recording a few species flitting around a small sunlit glade during my weekly butterfly transect walk on Sunday I spotted something unusual perched on a fern that revealed itself as a female Brown Argus (Aricia agestis).
This is a species that I tend to associate with downland and heathland habitats so finding one on my ancient woodland patch was totally unexpected and takes the total number of species recorded over the past 18 weeks to 22. 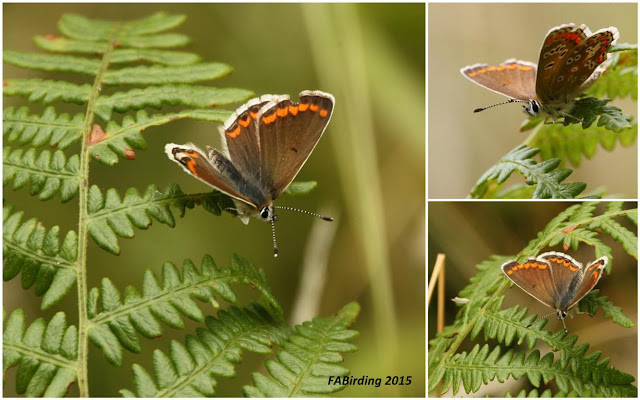 Yesterday I saw a few more of this species in its more traditional stronghold habitat on the chalk hillside of the North Downs and captured another female (below) nectaring. 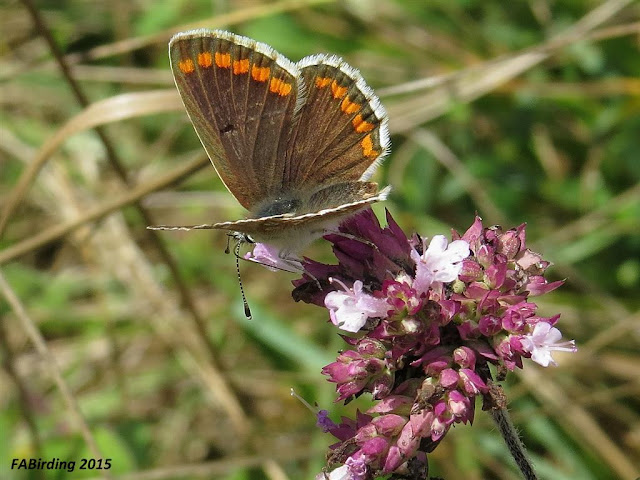