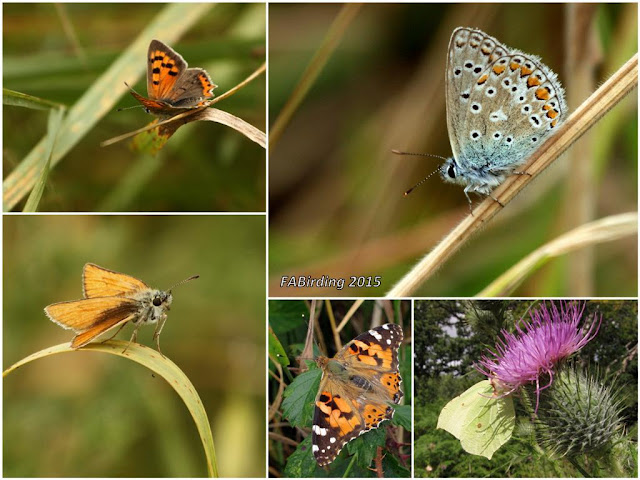 Despite the lack of sunshine over recent days the collage above proves there are still a few colourful butterflies to be found around my local birding patch, providing some photo opportunities, in lieu of the avian species that are all still hiding from my lens. 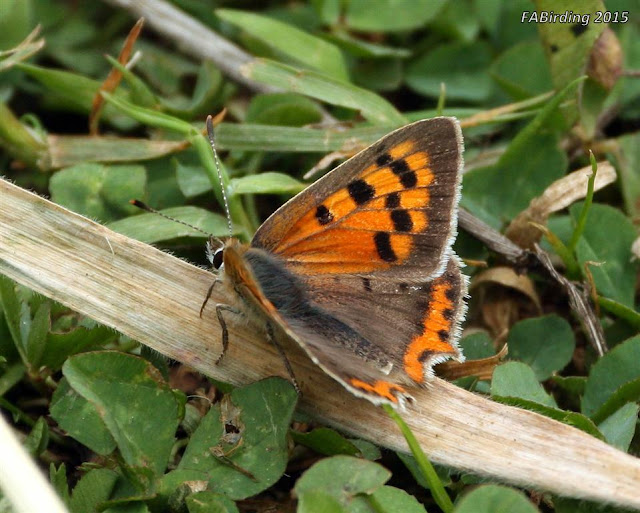 First up was a single Small Copper (Lycaena phlaeas) that alighted briefly beneath my feet before moving onto another leaf and then promptly closing its wings! 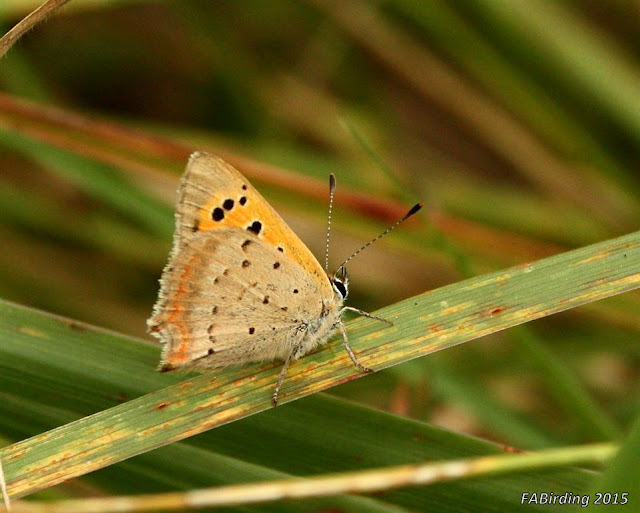 A few male Common Blue (Polyommatus icarus) were obvious as they flitted hither and thither before disappearing deep into the grasses to rest briefly before their next territorial foray. 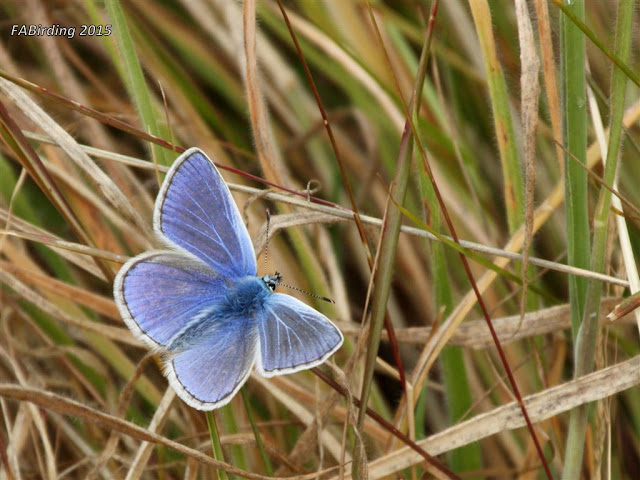 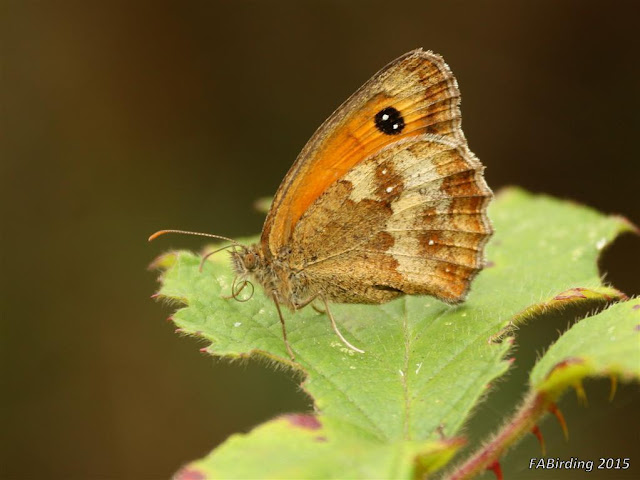 I saw a few Meadow Browns but as expected the Gatekeepers (Pyronia tithonus) were far more numerous but not very active under a cloudy sky. The undersides of both sexes are very similar but this one opened its wings (below) to reveal a female. 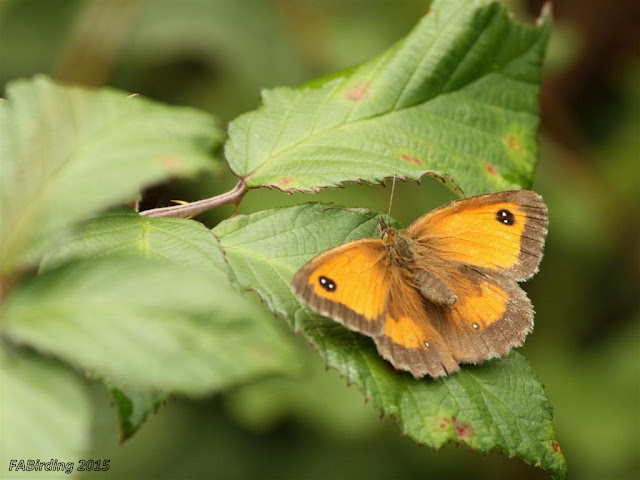 A very fresh Red Admiral (Vanessa atalanta) landed on a old tree stump and provided a different splash of colour. 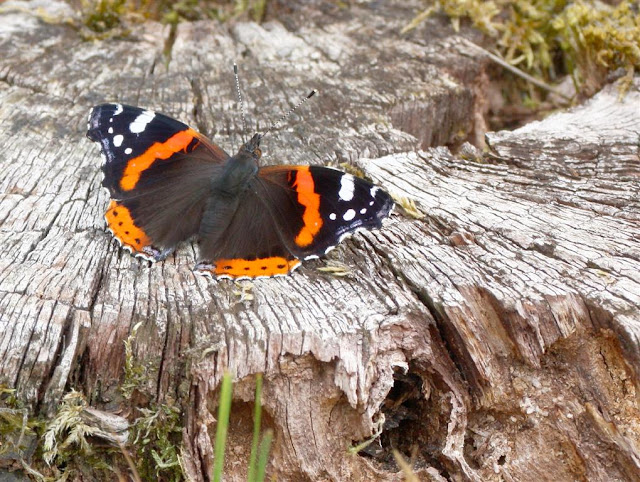 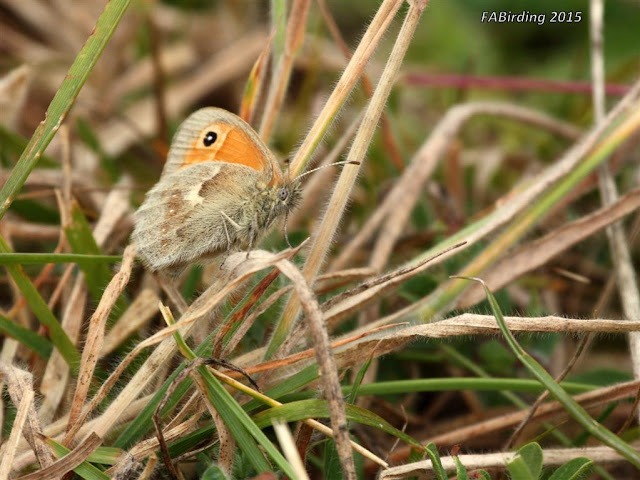 As I walked over the upper grassy meadow a couple of male Small Heath (Coenonympha pamphilus) were chasing one another and this was one of the few occasions I have managed to get a shot as this tiny flutter that is so well camouflaged when it settles deep amoungst the grasses. 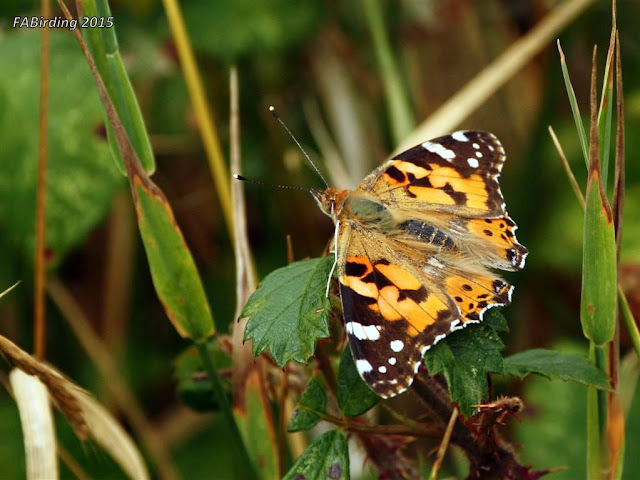 The star find of the week was a resting Painted Lady (Vanessa cardui), a migrant species that visits our shores from North Africa. Interestingly I photographed this individual within 50 yards of a single sighting I recorded here during August last year. 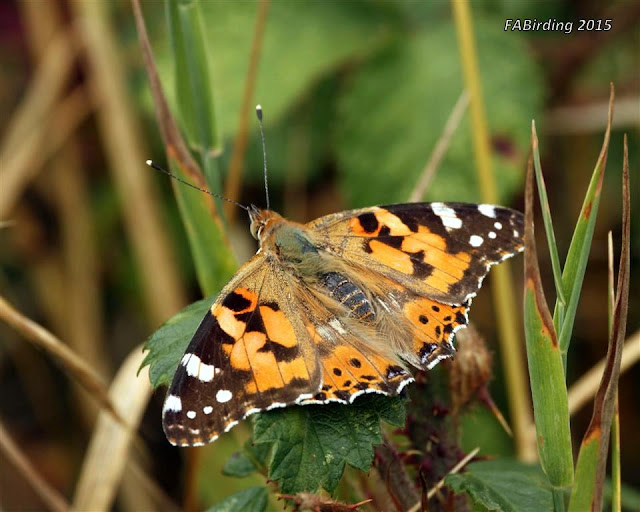 With the present unsettled weather pattern it might be a while before I get some more photo opportunities.
Posted by FAB at 23:52