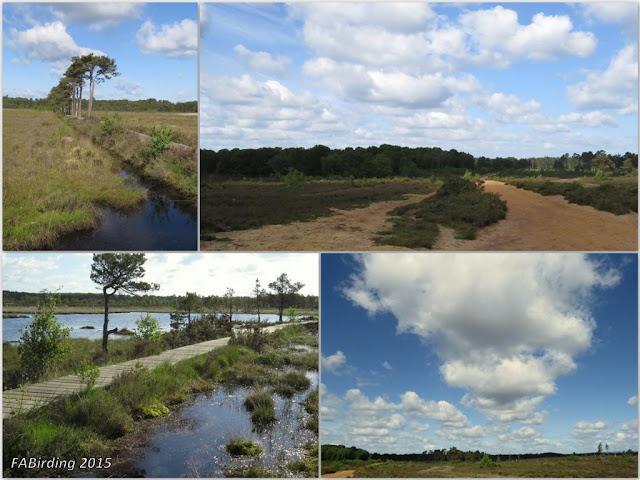 During a recent break from wielding the paint brush I visited Thursley Common and wandered the various tracks and pathways around this lowland heath habitat under a blue, cloud strewn sky and a very gusty south-westerly wind. 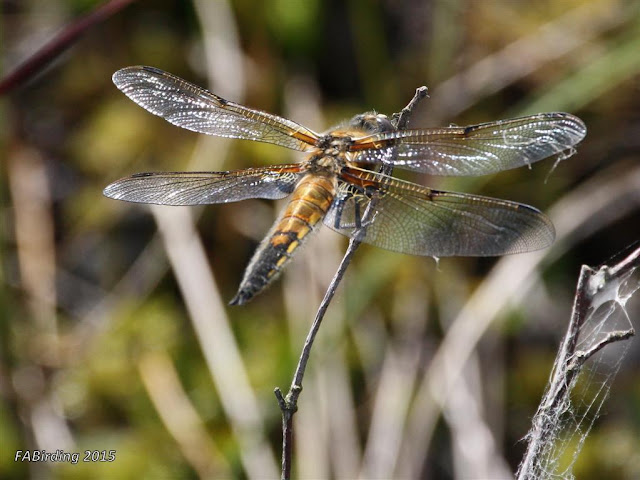 Not surprisingly in such windy conditions there was very little activity on the acidic bog pools but after a patient search I managed to grab a shot (above) of a Four-spotted Chaser (Libellula quadrimaculata) who stopped patrolling for a brief rest.

During periods when the sun became unshackled from the drifting clouds I was joined on the boardwalk by one of a few Common Lizards soaking up the rays. 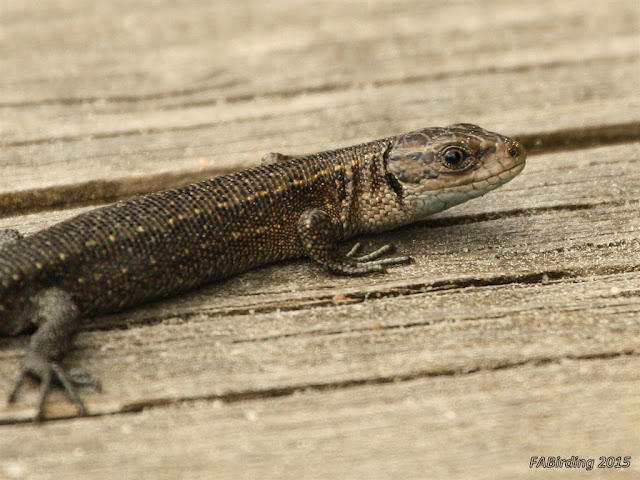 During a lengthy detour across the heath the only other Odonata that came within range of the lens was this male Common Blue Damselfly (Enallagma cyathigerum). 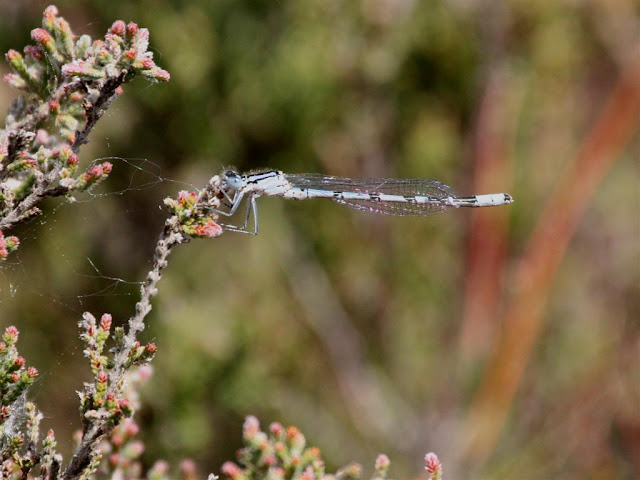 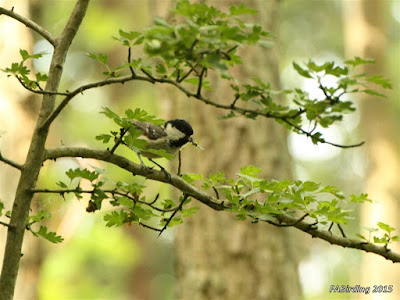 In a small wooded area this Coal Tit constantly called as it collected food for its nestlings. 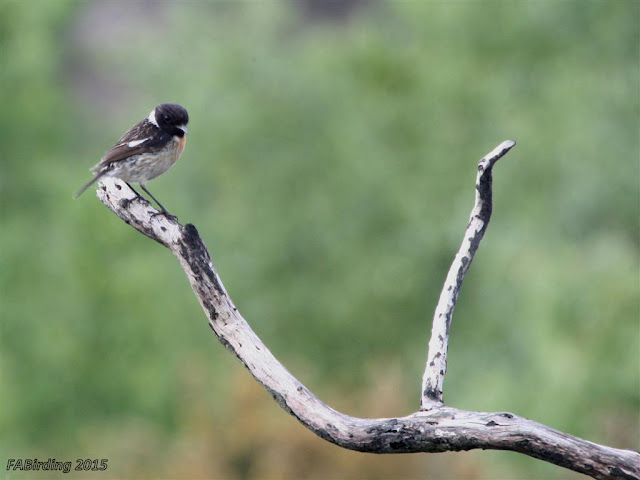 One heathland species that you can almost guarantee that will pose for the lens is the Stonechat. 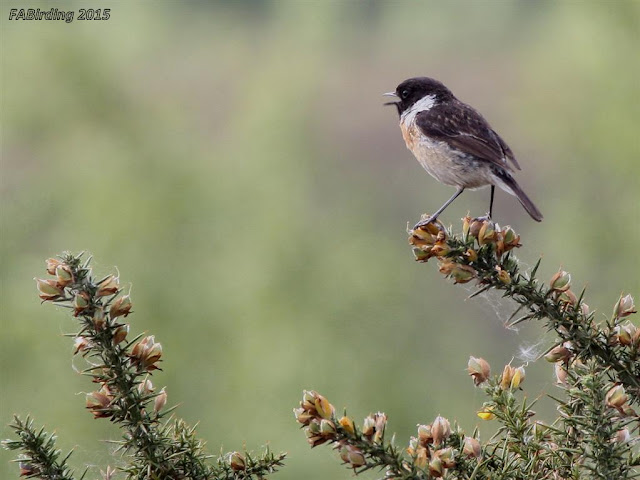 Linking to Saturday's Critters.
Posted by FAB at 02:24