Last Friday morning we drove into East Sussex to enable Anita to attend a craft event at Crowborough and with the chance of some half decent weather I took the opportunity to revisit Old Lodge Nature Reserve. 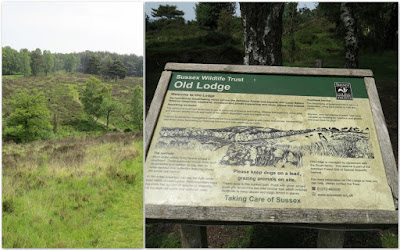 With views across the Ashdown Forest the reserve habitat is a mixture of heathland, woodland and small pools that support a very varied selection of wildlife including a dozen species of Odonata.
On this visit I saw one or two damselflies and views of any dragonflies were also scarce as they tend to emerge here some three or four weeks later due to the colder temperature of the water.

This site is a stronghold for several avian species, including Tree Pipit and Common Redstart and while listening to Chiffchaff and Willow Warblers I saw both my target species within the first 15 minutes but it took another hour before one special species provided an opportunity to enjoy a close encounter. 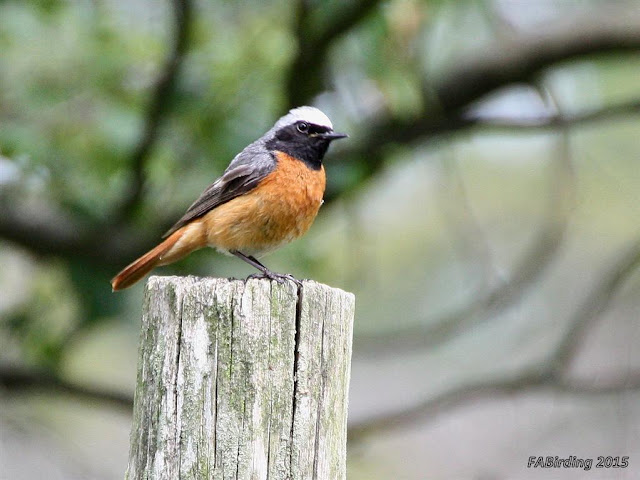 As I climbed out of the deep valley I noticed a male Common Redstart (Phoenicurus phoenicurus) using a fence post as a perch in between its search for insects so I promptly found a spot to park myself and waited and watched. 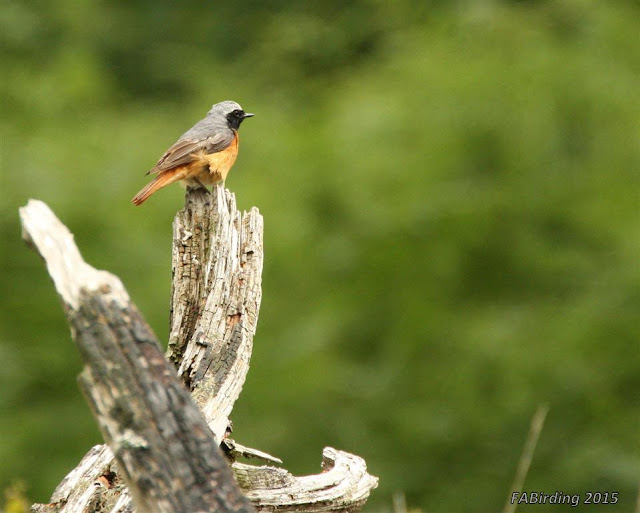 On a couple of occasions it flew away from the fence line and used a dead snag as a perch, just a little too far away for a really good close up, but after a while that situation changed. 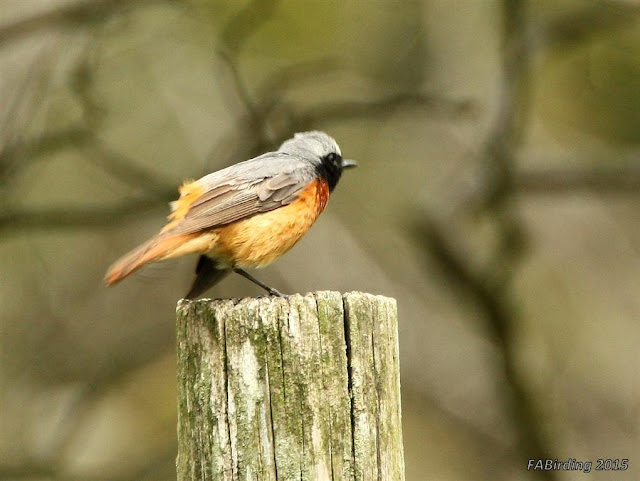 This delightful but 'Amber listed' bird gets its name from its fiery-red tail which it constantly flicks and also fans out during its courtship displays.

Originally categorised within the Chat and Thrush (Turdidae) family it is now considered to belong to the Old world flycatchers (Muscicapidae). 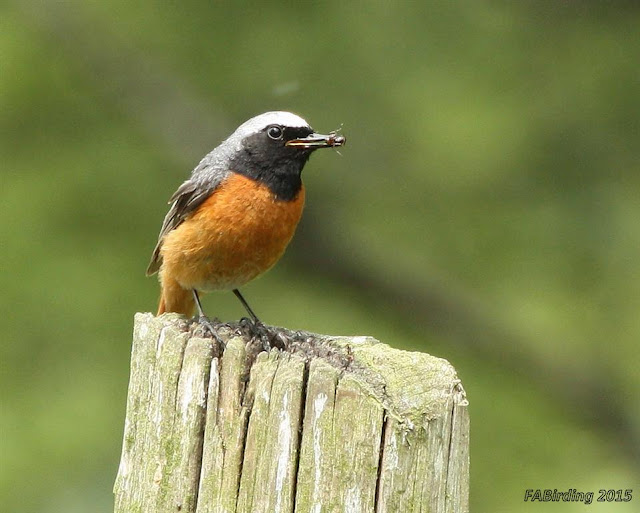 This male was obviously feeding a young brood by finding plenty of insects in the grass beneath its perch then flying off but regularly returning to the same spot providing me with some of the best views I've ever enjoyed.

Every so often he would just stop and rest on one of the fence posts and occasionally treat me to a burst of song so I have included below a sonogram by Patrick Aberg in Sweden and you will also hear Willow Warbler and Chaffinch in the background. 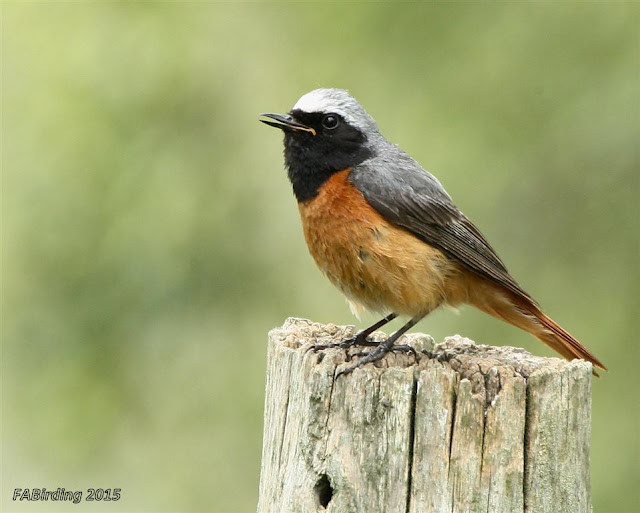 More images from this session can be seen HERE and I'll be sharing some other wildlife seen during this brief visit in a future post. FAB.

Linking to Nature Notes and Wild Bird Wednesday.
Posted by FAB at 00:12