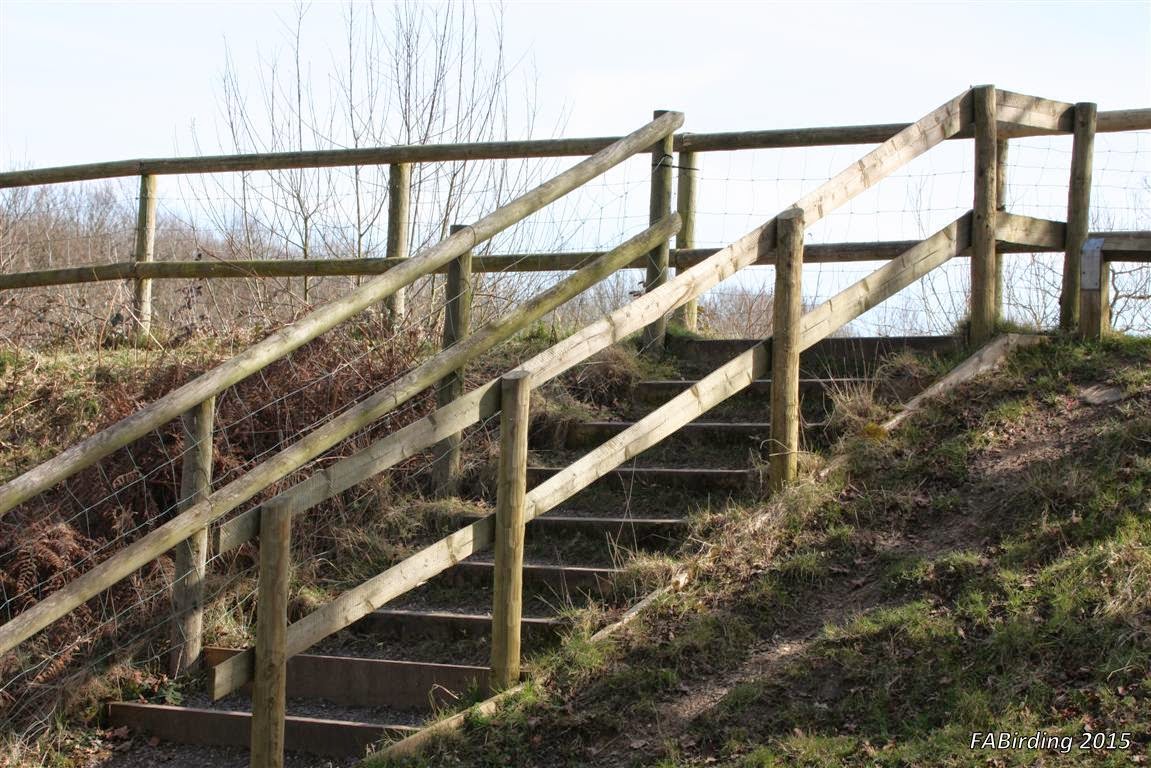 During my regular patch walks when I reach the bottom of these steps that lead up to the Great Pond I have no idea what I might find (unless the wildlife is talkative) so there is always an anticipation that something different might be on the water or lurking in the surrounding vegetation.


Yesterday morning the only sounds were those of Mallard talking and Coot scolding one another and on reaching the top of the embankment a quick scan only produced the aforementioned species plus Moorhen, two Canada Geese and a distant male Teal. My initial thoughts were that this visit would be a waste of time BUT a further scan of the waterside vegetation produced two unusual visitors including a first sighting for the patch. 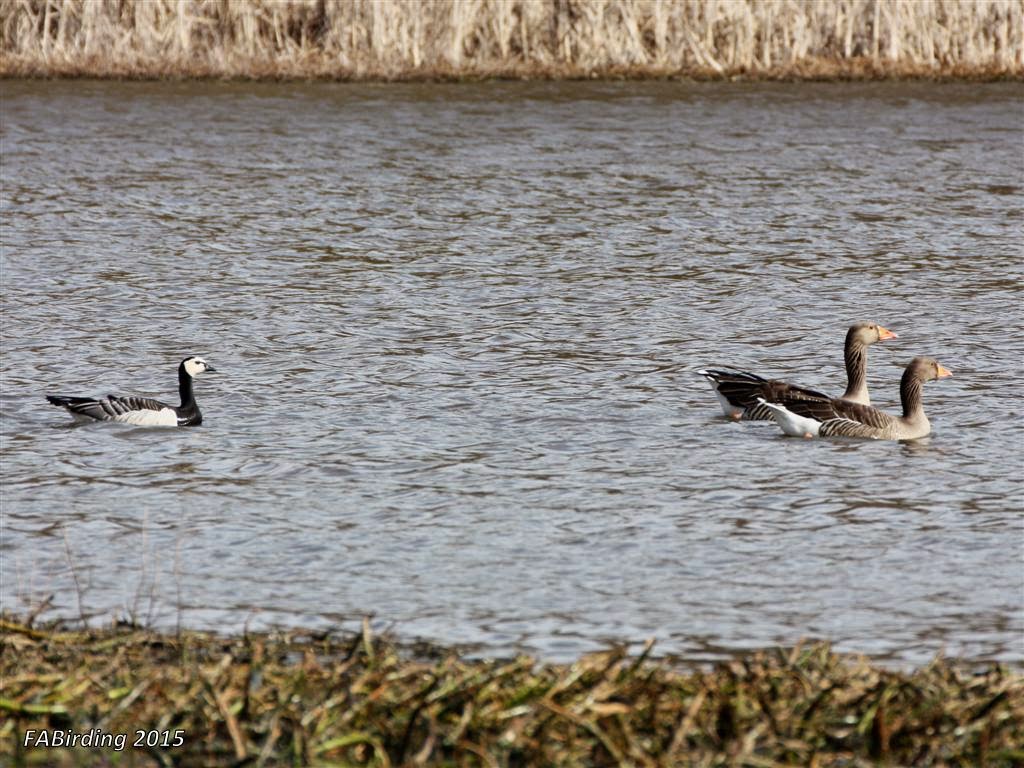 A pair of Greylag Geese were accompanied by a single Barnacle Goose but they were obviously wary of any intruder and floated away to the far end of the pond. I then spent over an hour stalking quietly around the perimeter, peering through the branches and eventually managed a few frames to record this very unusual sighting. More images to follow in a future post. FAB. 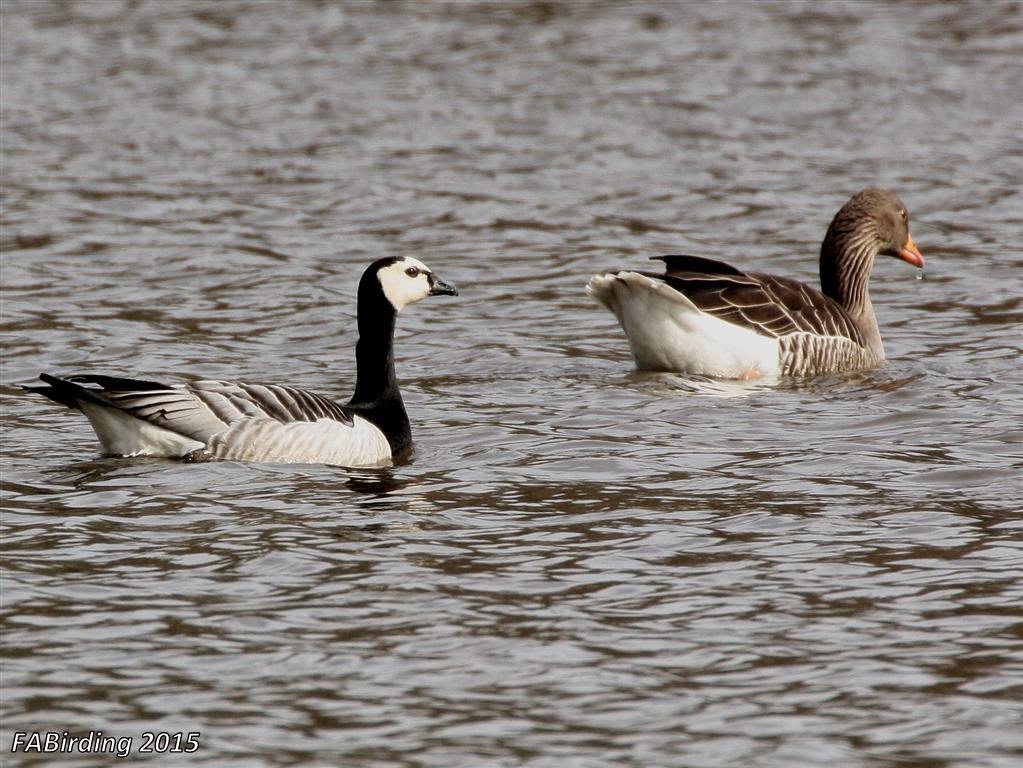