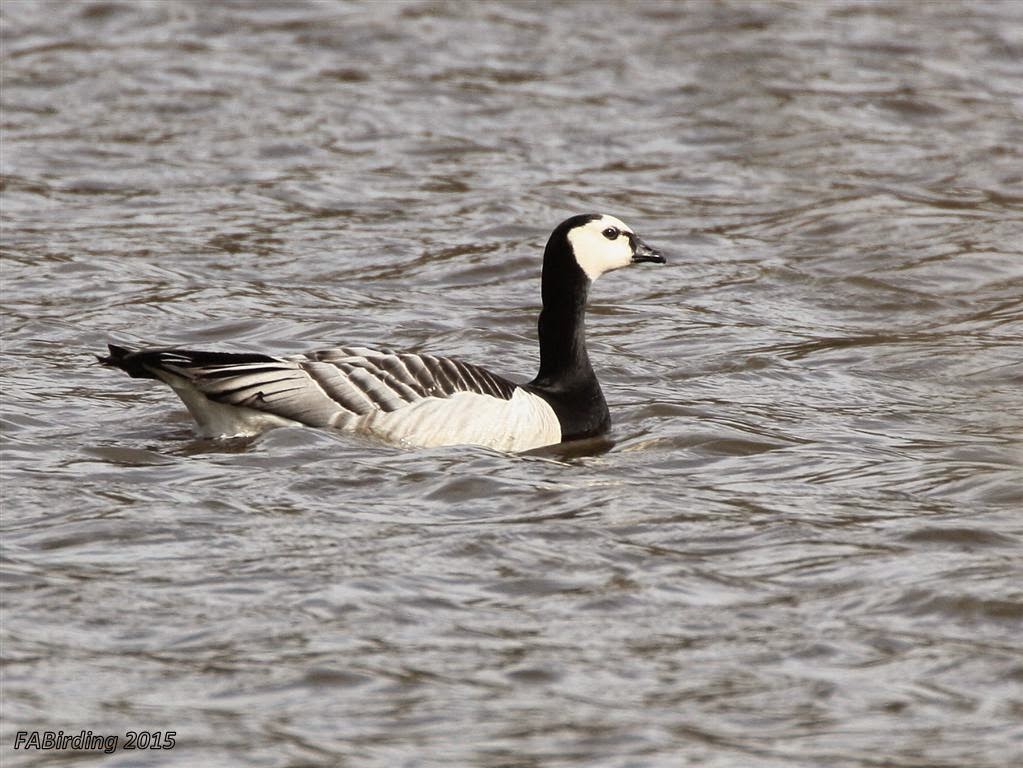 Earlier this month I posted about encountering a surprise visitor on my local patch pond so here are a few more images of the Barnacle Goose (Branta leucopsis). 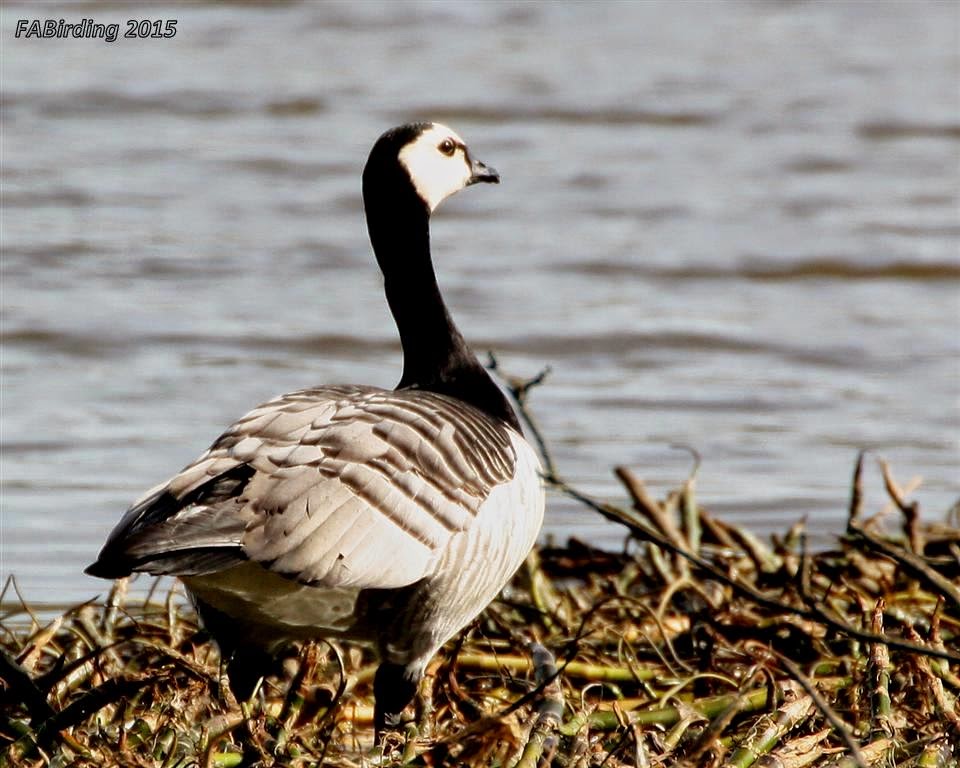 Barnacle Geese breed in the Arctic from Greenland east to the Baltic and Novaya Zemlya and move south in the winter. Those coming to Britain are mostly found on the north and west coasts.
The earliest record in Surrey (UK) is an individual that was shot near Elstead, Surrey in 1849. There have been a handful of sightings in the county since 1900 that would appear to relate to migrant birds. [Birds of Surrey - J.J.Wheatley] 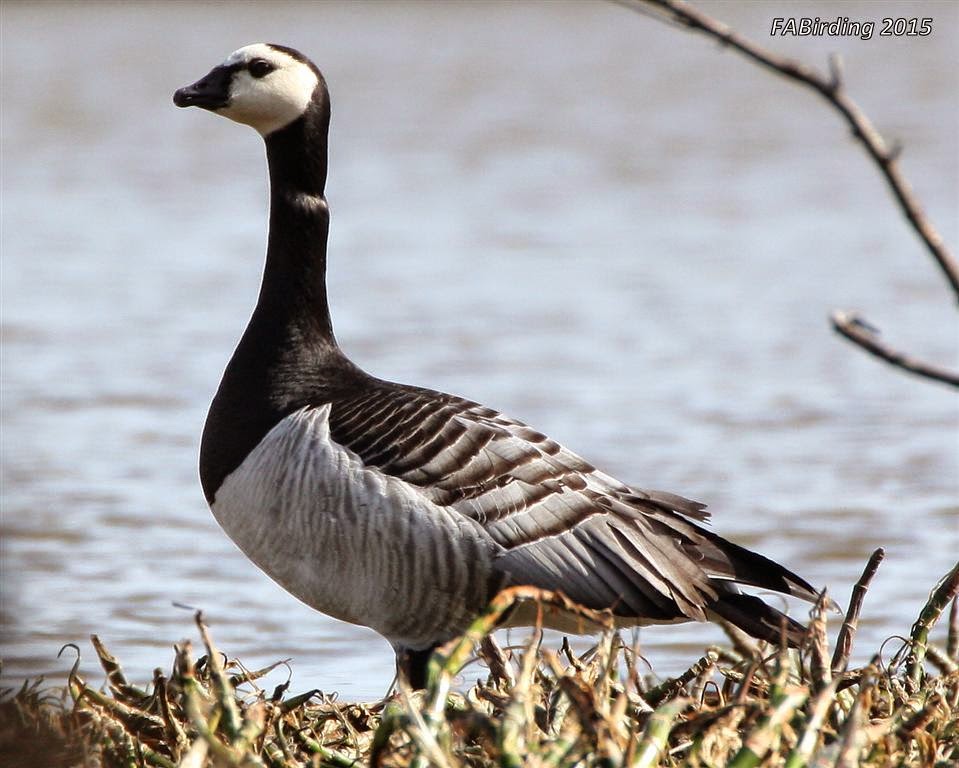 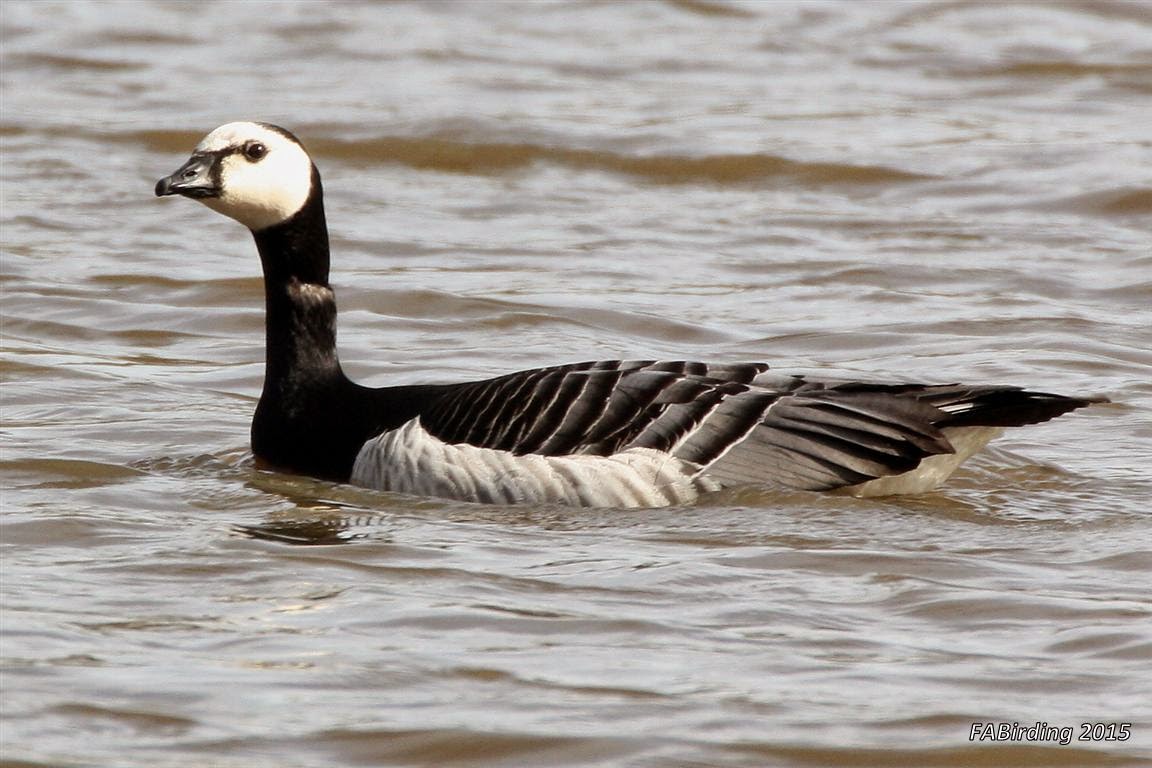 Whatever its origins it was a delight to see when it visited the Great Pond, Epsom Common on 12th March.  FAB.

Linking to  Wild Bird Wednesday.
Posted by FAB at 23:26