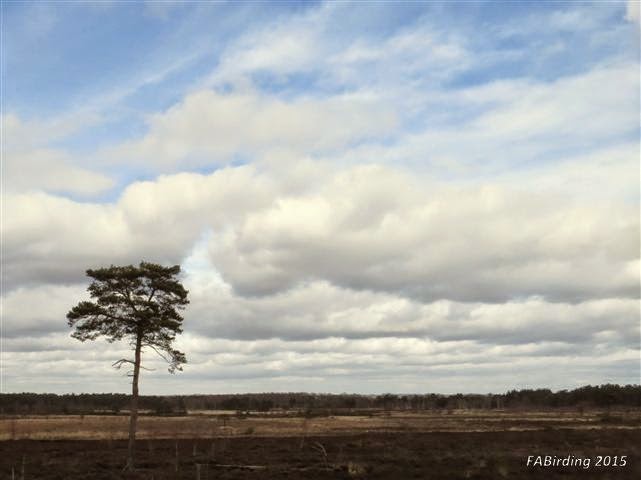 We have been fortunate weather wise in the south-east with warmer temperatures and the long awaited appearance of some blue skies. This prompted me about a week ago to make another visit to Thursley Common in the hope of catching the over-wintering Great Grey Shrike in the lens.

Just after crossing the short boardwalk another birder indicated with hand signals that he had the bird in view.


Over the following two hours this bird was very mobile and in the company of 'Geordie' I made several circuits of Shrike Hill as we both attempted to get some photos. Typically the bird never got really close enough so a distant record shot (below) had to suffice for now. 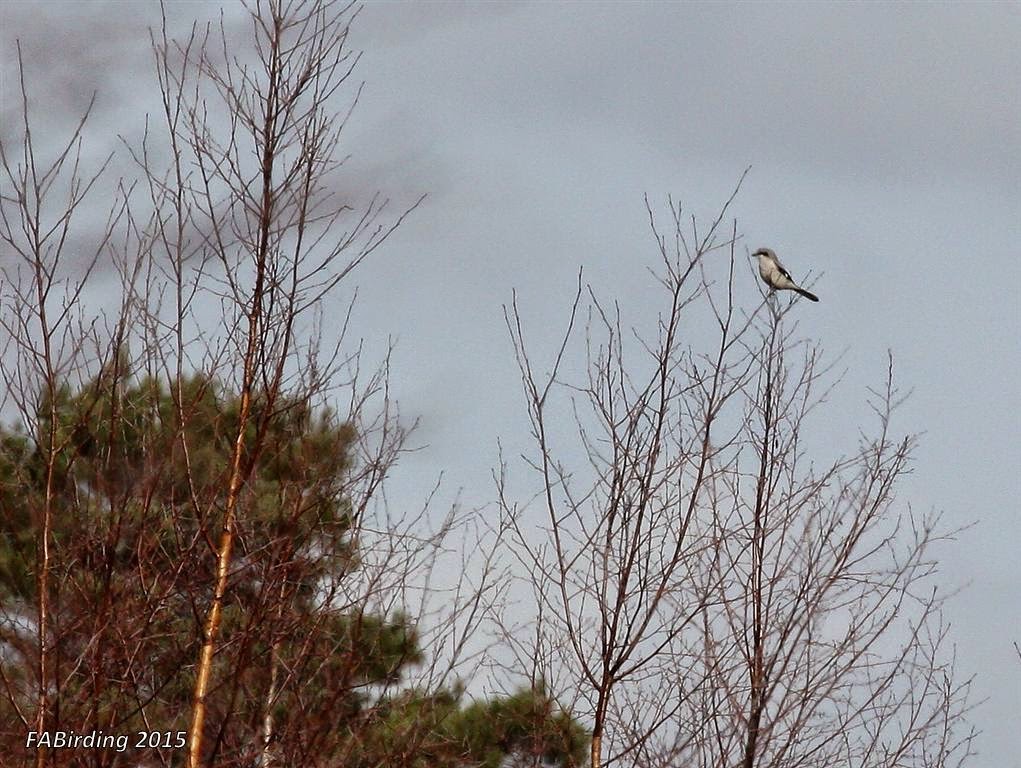 A cropped shot of the perched Great Grey Shrike. Later during my wanderings around the common I was entertained by the flight displays and songs of several Woodlark. 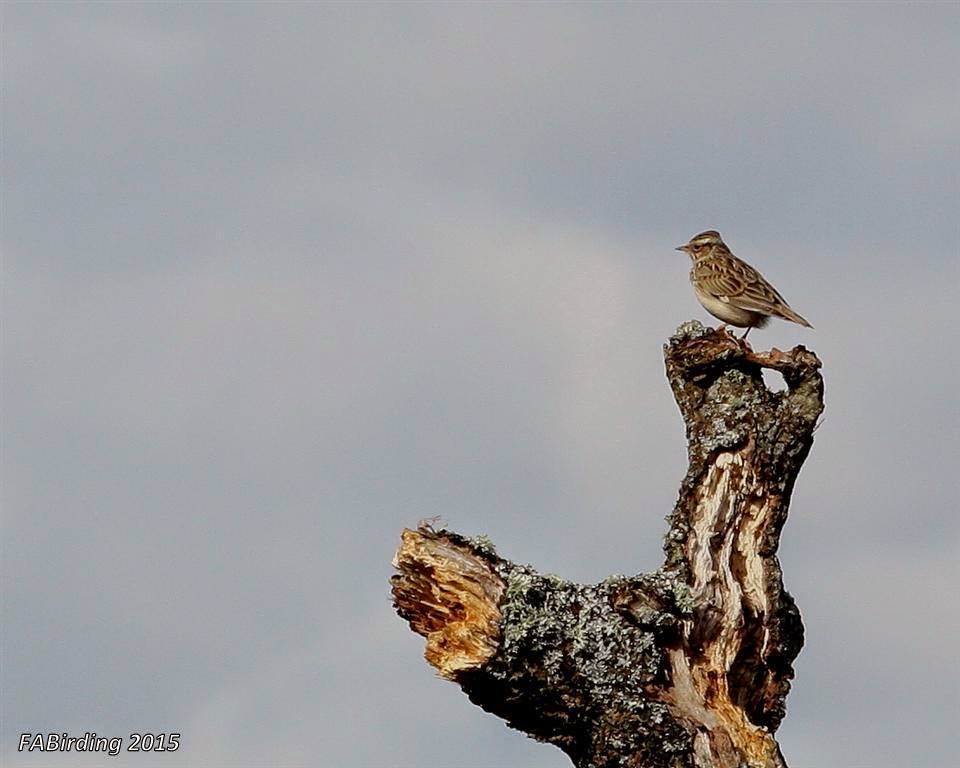 A Woodlark showing its distinctive broad supercilia and stubby tail perched briefly for the watcher. 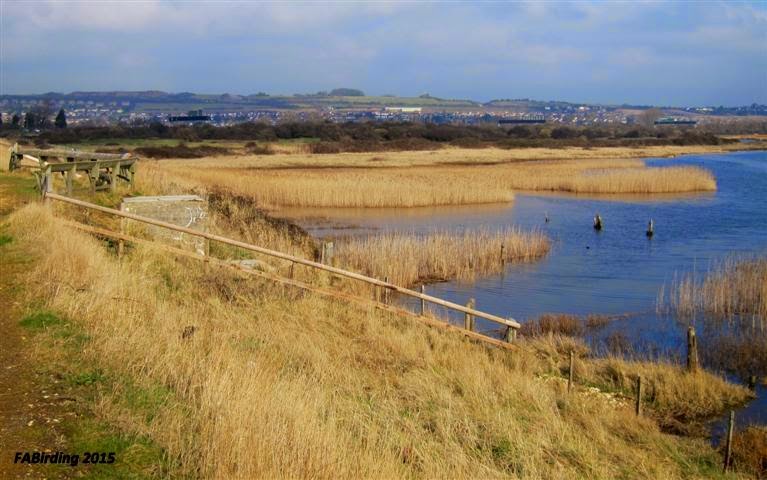 On Tuesday Anita and I made a late morning decision to drive southwards to the coast and took a leisurely stroll around Farlington Marshes under a sunny sky.
Unfortunately the tide was well in so we missed most of the wildfowl and wader movement from the harbour onto the grazing marsh but we still  enjoyed the spectacle of the thousands of Brent Geese.

I also added Rock Pipit to my year list while listening to the glorious song of the Skylarks as they soared high up into the blue sky. 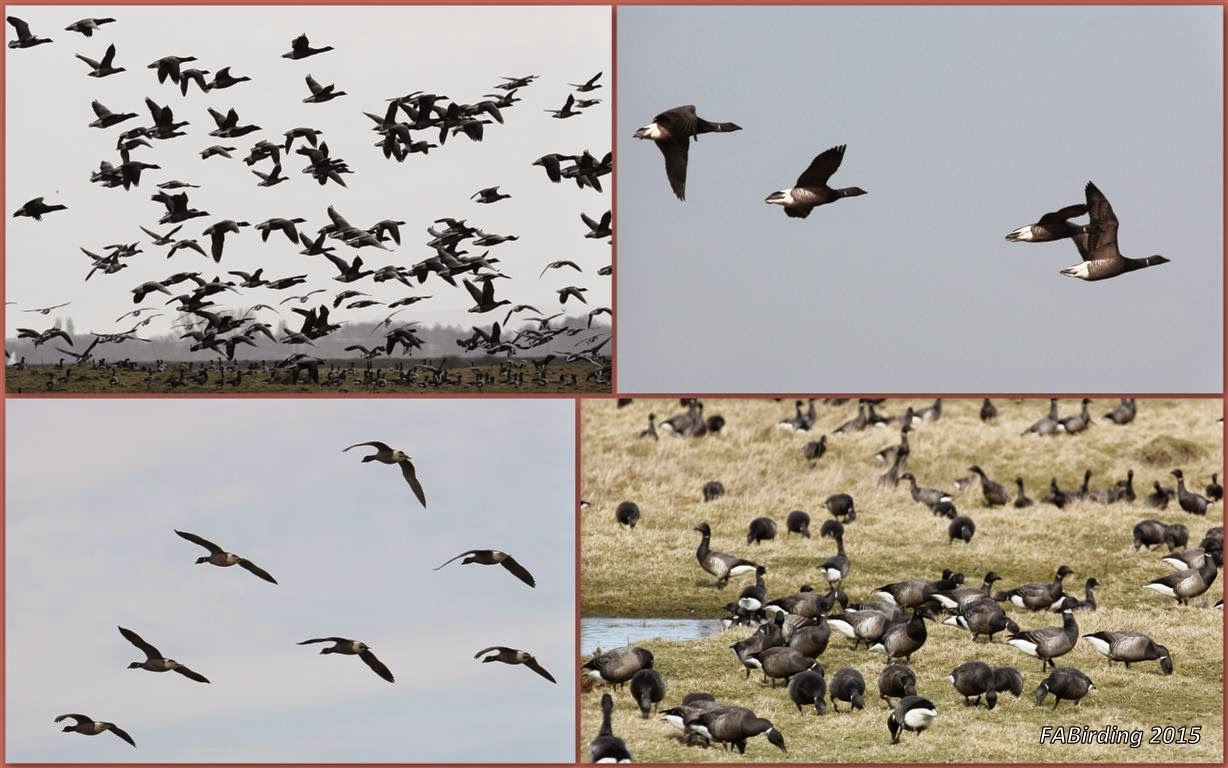 Brent Geese feeding and flying in every direction and then we spotted one individual (below) that had been colour-ringed and has probably faithfully returned to the UK every winter for the past 10-15 years. 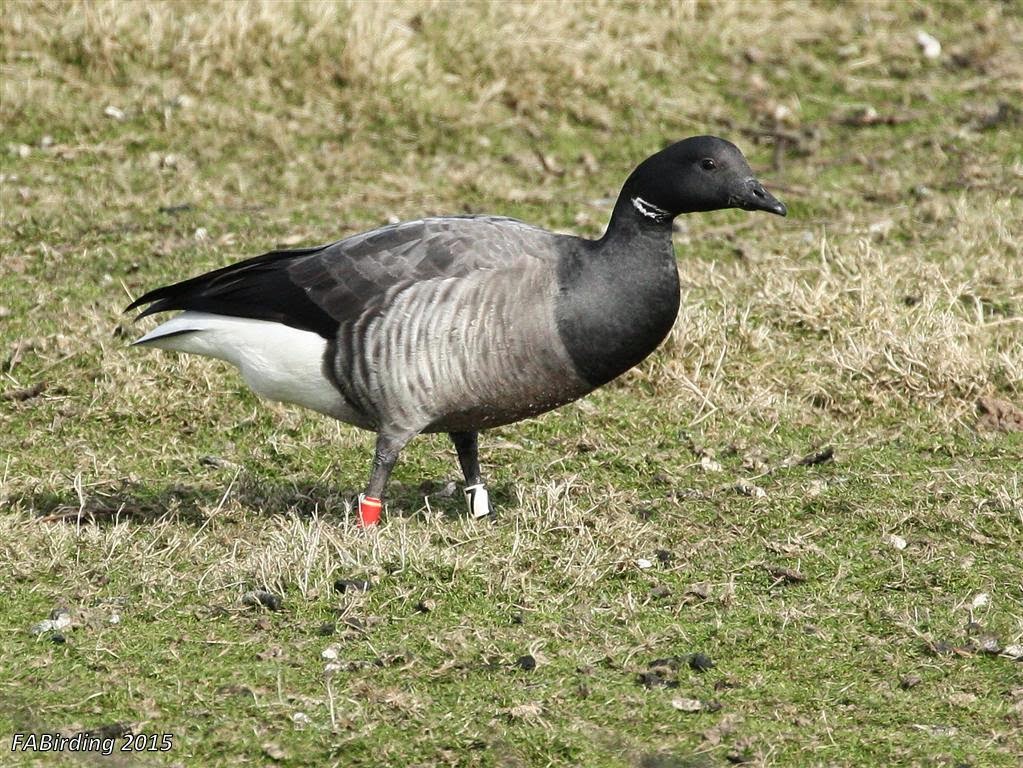 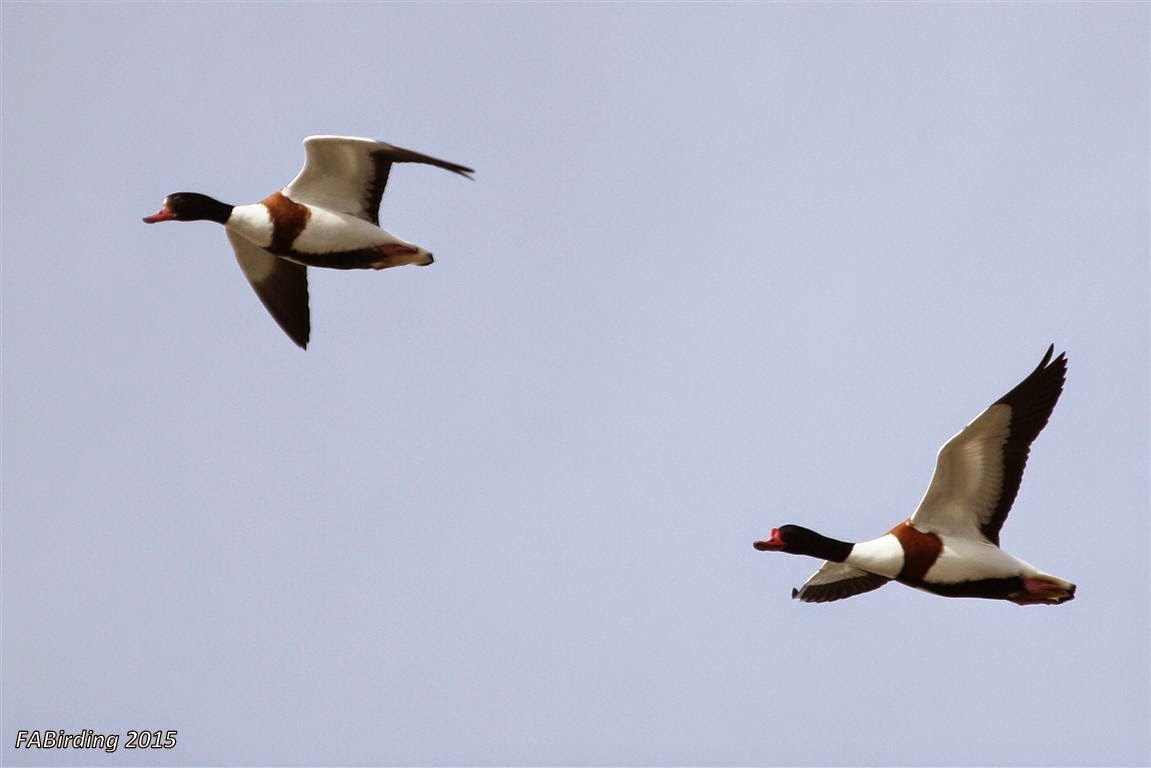 Several species were seen flying out across the harbour including Shelduck (above) and Wigeon (below). You can view more images of flying Shelduck by visiting FABirding. 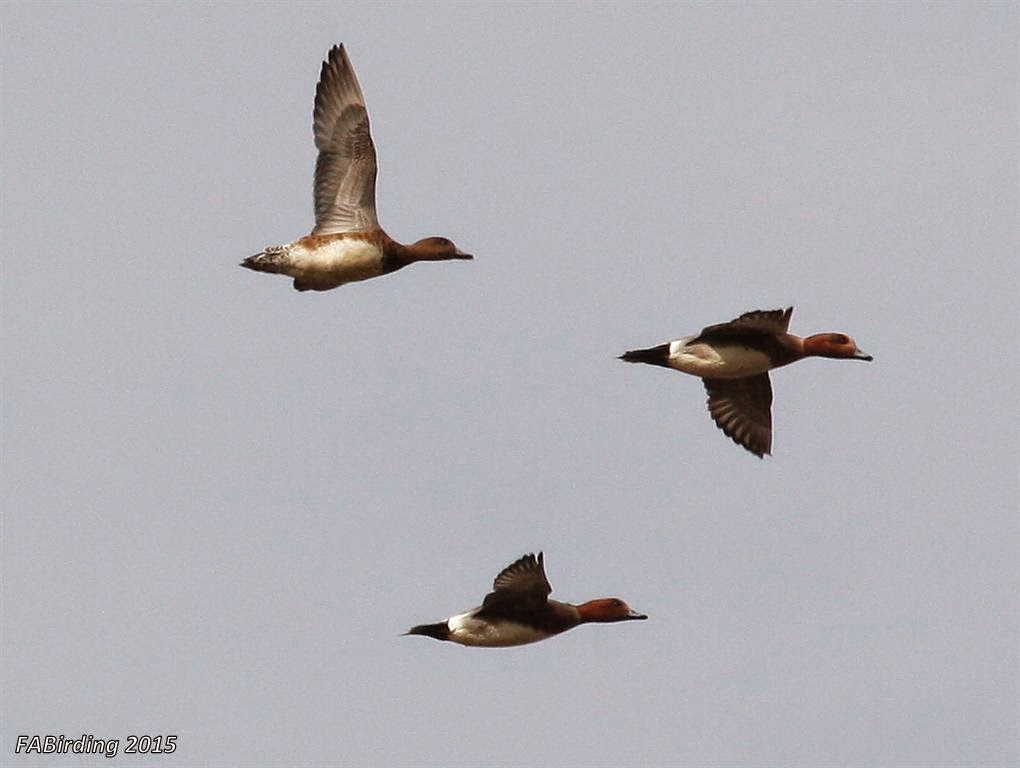 And finally, any trip here wouldn't be the same without decent views of a Little Egret (below) feeding in one of the small pools. More images of this species to follow in due course. 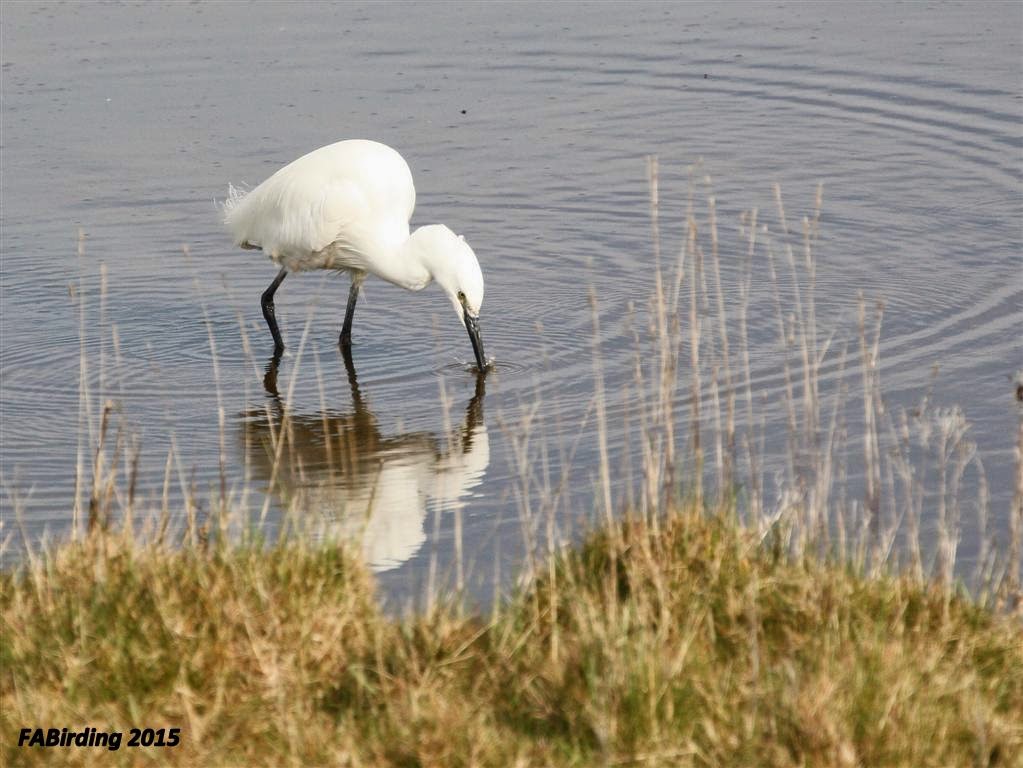 Wishing everyone a glorious wildlife watching weekend, wherever you are.  FAB.

Linking to Saturday's Critters and I'D-Rather-B-Birdin' ,
Posted by FAB at 22:16